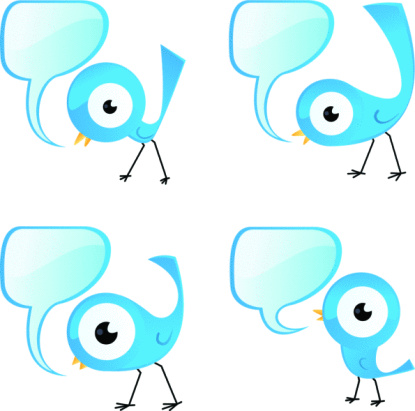 Although we’re not out of the first quarter, social media has established itself as the dominant tech-story of 2011.
Popular social media players like Facebook and Twitter played pivotal roles in political uprisings across north Africa and the Middle East. Alternate versions of these services allow mainland Netizens to communicate using new channels.
Unpopular nation-heads have been ousted. Missing children have been found. And a feature film from US director David Fincher — “The Social Network”, based on the creation of Facebook — has garnered awards and critical acclaim.
Without the social revolutions wrought by the market-leaders in consumer social media, Julian Assange’s WikiLeaks organization — a rare gestalt-shift in media — would be the top story. But it’s not.
Legions of ordinary citizens sending 140-character messages (sometimes while people are shooting at them), or organizing protests via Facebook groups, form an amorphous group of tiny media-outlets as unstoppable as a locust swarm.
The question remains: how can enterprises leverage social media to help their business process?
Enterprise-class tools
Some firms can benefit from careful use of consumer tools like Facebook and Twitter, but for many companies — especially large verticals — the tools are inadequate, insecure, or both. Some firms — including, but not limited, to salesforce.com and Tibco — have released enterprise-editions of social media software and Hong Kong firms are exploring their use.
Of the many smaller players in this new market, Jive is drawing a fair amount of attention. But the market is still forming, and given Facebook’s tremendous jump on any competition, enterprise-specific social media tools have a hill to climb when it comes to adoption.
However, good products tend to achieve traction, which makes this an interesting space to watch as enterprises move forward into the brave new world of new media.
We conducted a short survey of Hong Kong IT leaders to learn their plans for, and perceptions of, social media within the enterprise.
Not surprisingly, the trend is to allow workers to use existing social media networks, although about 28% ban these networks outright. Some respondents also have plans to advance their social profiles by leveraging existing social media, while others plan to deploy the newer enterprise-class products.

We asked: “Within your enterprise, what’s your official policy towards workers using the following social networks: (Facebook, Twitter, LinkedIn)?” Over half (51.2%) said it was “OK to use,” while 16.3% simply said “don’t care.”
But 27.9% “officially disallowed” the popular networks—most used a firewall, although one respondent said “via proxy and firewall,” another blocked “ the IP or domain name” and one said: “We block sites with keywords [related to] entertainment, gambling, etc. but not Facebook. We have web monitoring to [check for] any severe situation.”
A mere 4.7% of respondents to this question had incorporated social media in their business processes or planned to incorporate it within 12 months.

We then asked about 12-month plans for social media deployment as a business tool. 48.8% had “ no plan” while 30.2% planned to leverage existing consumer social media. Still, 9.3% reported plans to deploy enterprise-class social media tools like Chatter or tibbr.

And a few users planned to “deploy custom or other enterprise-class social media tool “ although these tended to be pre-existing tools like SharePoint, OCS, and use of internal portals.
In a multiple-choice question, we asked our readers’ view of social media benefits, and an overwhelming 86% said they wanted to interact with existing customers,” while 58.1% wanted to “promote [their] firm in a direct, flexible way.”
We’re pleased to report that almost half our respondents identified what analysts consider one of the more useful aspects of direct-enterprise-use for social media networks: “intercept negative comments and deal with dissatisfied customers directly”: 44.2% of Hong Kong respondents ticked that important box.
Other motivators included “due diligence,” “re-networking old customers,” “contact potential customers,” and “interact in a soft way which may even be more powerful than any other promotional tools/means.” Others said: “collaboration [and] communication with generations Y and Z,” and “comprehensive policy in handling negative comments.”
Potential downside
Another multiple-choice question queried our readers on social media concerns. Respondents were concerned that “employees waste time,” but while 67.5% were concerned about time-wastage, 82.5% identified what journalists and analysts recognize as social media’s biggest flaw: “information-security risk.”
22.5% saw “no need for our particular business,” and while one respondent saw the possibility of “potential inexpensive marketing,” another simply wrote “spam.” And one respondent felt that it was “difficult to measure success” using social media.

To learn more about actual usage, CWHK contacted one of Hong Kong’s more proactive IT experts: Michael Leung, the SVP & CIO of China Construction Bank (Asia). While CCBA has an overall staff of around 2,000 employees, Leung oversees some 200 people here in Hong Kong. But every bank CIO must be aware of regulatory compliance in the workplace. Leung described three aspects of existing social media channels that are relevant to his work today.
“Generally, banks are beginning to create their presence on social media like Facebook and Twitter,” said Leung, “but most banks are still not on it yet. As regulatory compliance must be adhered to, all Hong Kong banks must accept responsibility as mandated by the HKMA (Hong Kong Monetary Authority) in any media.”
Leung said that social media may be considered by some regulators as “one of the service channels, hence subject to the same rules as print publications, Internet services or phone instructions. We’re looking at that as a touchpoint with customers so we need to be very careful.”
Secondly, the CCBA SVP & CIO also said that “internally, employees are banned from accessing Facebook, YouTube, and other social media from the bank’s network. Most banks have similar policy: these sites are filtered out along with third-party email accounts like Hotmail, Yahoo and Google.”
“Our internal corporate policy means that no employees can use public emails social media tools at work—the bank’s network filters it out,” he said. “It’s mainly a security consideration—we’re trying to ensure no confidential information is leaked out and no liability [from social media]. Another advantage is that, hopefully, employees don’t waste time using social media during work-hours.”
But Leung is well aware that many of his colleagues use Facebook and other social media, presumably during non-working hours, and as a proactive CIO, incorporates this usage into his management philosophy.
“Looking at social media from an ‘unofficial’ point-of-view, of course many of our employees are on Facebook, chatting about work and whatever else,” he said. “You learn more about your work environment on Facebook via these informal channels, because people feel free to discuss work and non-work issues openly. You learn how people feel about things—it’s so active, and so useful. You learn things about your colleagues: their interests, their kids, their hobbies and so on.”
Leung said that he sometimes participates in Facebook and blog group discussions, but has a strong caution for any CXO-level employees wanting to interact with their employees via Facebook: remember these are individuals interacting informally on their own time.
“It’s unofficial, and no one should overreact to this dialogue,” he cautioned. “It defeats the purpose if you get too serious about it.” Clearly, there’s a sharp line between informal social media and enterprise-class social media set up for business use — a line Leung wants to highlight, and one tech-leaders must respect.
“Often the remarks are valid—you can learn from what your employees post on Facebook,” said Leung. “But often it’s gossip, and it can be sarcastic, so if you’re going to participate, do so in an informal way. You discover a lot of things you wouldn’t know otherwise, and that’s a benefit, so don’t overdo it: keep it easy.”

Leung’s usage of Facebook as it exists now is an evolved approach — his colleagues can’t use it at work, yet he learns about them (and from them) by participating informally. “This use of social media has a particular value of getting to know your people better,” he said, “plus participate in work-gossip which may discuss you as a manager. Again, take things lightly and informally — don’t ever overdo it.”

Wise advice from someone constrained by regulation yet savvy enough to treat his employees with respect, while gathering information that helps him know them as people, and learn informally about job concerns. That’s what possible with social media networks today—who knows what the future holds?
About the Author
Stefan Hammond is Editor of CWHK (ComputerWorld Hong Kong), a sister publication of CFO Innovation.