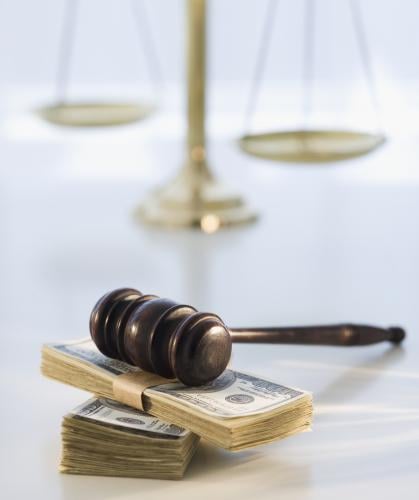 Is it just me, or are the world’s accounting firms on a bad streak? First it was Ernst & Young getting into hot water because of its audit of electronics maker Akai and then of Lehman Brothers. Now comes news of KPMG’s problems with the initial public offering in Hong Kong of mainland Chinese textile and clothing maker Hontex International Holdings.

“KPMG has a strong record in auditing and conducting due diligence on mainland companies preparing to list in Hong Kong,” reckons the Financial Times. But it apparently slipped in preparing the accounting statements for the Hontex IPO last year, which raised nearly HK$1 billion – that’s US$129 million.
On March 29, Hong Kong watchdog Securities and Futures Commission went to court to freeze the assets in Hong Kong of Hontex and four subsidiaries. “Hontex is alleged to have disclosed materially false or misleading information in its prospectus dated 14 December 2009, which was likely to have induced investors to subscribe for the Hontex shares,” said the regulator in a press release. “The SFC alleges that Hontex’s financial position as outlined in its IPO prospectus has been materially overstated.”
Strange twist
The financial accounts for the IPO, as it happens, were prepared by KPMG. The tale took a strange twist on April 8 when the Independent Commission Against Corruption (ICAC) charged KPMG senior manager Leung Sze-chit, 32, of offering a bribe of HK$100,000 (US$12,900) in February to his subordinate, Lau Shuk-ting, “as a reward for preparing the accountant’s report in the prospectus for the global offering of Hontex.”
It now appears that it was KPMG itself that informed on Leung. “The alleged payment was in fact discovered by KPMG through KPMG’s internal hotline,” the accounting firm said in an April 8 statement. “After investigation, the member of staff in question was suspended by KPMG and a report was then made by KPMG to the relevant authorities. KPMG has been, and continues, to co-operate fully with the authorities.’
The authorities have yet to officially link these various threads into a cohesive story, but it doesn’t need a Sherlock Holmes to make the connections. What the events of the last two weeks suggest is that Leung may have had a hand in the alleged overstatement of Hontex’s financial position, although it was Lau that actually prepared the accountant’s report.
According to the ICAC, the HK$100,000 bribe was offered to Lau on February 20 this year. It is unclear whether KPMG learned about the alleged wrongdoing after that incident or even before – the South China Morning Post reports that the unidentified whistleblower called KPMG’s internal hotline after Hontex completed bookbuilding for its IPO, which happened last December. (The shares started trading in Hong Kong on December 24).
New details will undoubtedly emerge. The ICAC has told the Court of First Instance that Leung could face further charges and requested more time to make further investigations. Lau had not been charged and is apparently still with KPMG. It is unclear what would happen to her if the allegations by the SFC that Hontex’s financial statements were overstated are proved to be true.
‘Misunderstanding’?
KPMG, Hontex and other players in the initial public offering may face civil suits from investors -- asset management companies were among the IPO buyers. Mega Capital, a Taiwan financial institution that served as the IPO’s sole bookrunner, sole lead manager and sole sponsor, has not made any public statement. The SFC will surely scrutinise its role.
Hontex has not released any official statement, but its founding chairman, Taiwan businessman Shao Tenpo, was quoted by Taiwan media as saying the company had done nothing wrong. “Hontex is financially sound and healthy,” he said. “The whole saga is only a misunderstanding caused by different interpretations of accounting treatments in Hong Kong and on the mainland.”

Trading in the company’s shares was suspended on orders of the SFC on March 30, just 64 days after listing, a record in Hong Kong. Hontex had reported in December that the public offer was 37.5 times oversubscribed, which caused the company to increase the shares available in the public offer to 150 million shares, 30% of the shares in the global offering.

The IPO was priced at HK$2.15 per share, 23% lower than the HK$2.78 Hontex had hoped to command and just 3% above HK$2.08, the minimum price it had set. The stock closed 8% down to HK$1.97 on its first day of trading, but reached a high of HK$2.68 on January 18. The stock closed at HK$2.06 on March 29, when it last traded before the SFC ordered its suspension.
The SFC says it has identified about HK$832 million in funds by Hontex and four subsidiaries, which have been frozen by the courts. “If the SFC is successful in establishing its allegations, the SFC will seek orders to restore the funds raised in the IPO to those who subscribed for the shares and continue to hold them and those who have purchased shares since the IPO,” said the April 8 statement.
What will KPMG do?
The SFC has not released details about the alleged material overstatements of Hontex’s financial position, but a look at the company’s reported results for 2006, 2007, 2008 and the first half of 2009 is suggestive.
In the prospectus, Hontext reported RMB653.4 million in sales in 2006, which rose 42.7% to RMB932.5 million in 2007. Turnover then increased by 37.8% in 2008 to RMB1.3 billion. The seemingly inexorable advance continued in the first half of 2009, when sales reached RMB817.3 million, up 56.6% from the same period in 2008 as sales of branded leisure clothing took off.
The reported earnings were equally impressive. Profit attributable to equity shareholders reached RMB102.5 million in 2006, rose 66.3% to RMB170.5 million in 2007 and another 42% to top RMB 242.3 million in 2008. Profit attributable to shareholders in the first six months of 2009 was reported at HK$183.4 million, an astounding increase of 93% from the same period in 2008.
KPMG signed off on these and other financial statements on 14 December 2009. It has yet to comment on Hontex’s financial position, although it will surely be questioned when the SFC sets out to prove its case against Hontex in the courts. The fact that Leung has been charged with attempting to bribe Lau throws a suspicious light on KPMG’s accounting and auditing work for Hontex.
It will be instructive to see how KPMG handles the legal and reputational fallout of the Hontex affair in the coming days. It should be commended for having a whistle-blowing system that employees respect enough to use. It also reflects well on the organisation that its senior managers are willing to investigate complaints and bring them to the attention of the proper authorities.
KPMG has amply proved that it is up to the end game when it comes to wrongdoing. But it must also demonstrate that its systems and culture are equally strong in selecting and nurturing ethical professionals, and in its oversight of their work. How, for example, was the Hontex engagement conducted? Were there systems and structures to make sure that the work was being carried out as it should and that the conclusions the auditors reached were correct?

KPMG must explain how Hontex was able to convince it of the veracity of its financial statements, if the SFC proves that the company’s financial position has been overstated as it alleges. It is true that no organisation can be assured that there are no bad apples among its ranks. Still, KPMG’s clients, counterparties, regulators and the general public will need to be convinced that Leung is the exception, not the rule, and that things are being done to make sure alleged transgressions like his will not be repeated.

About the Author
Cesar Bacani is senior consulting editor at CFO Innovation.
Read more on
capital management bribery and corruption