Hiring in Singapore: Inside Financial Institutions 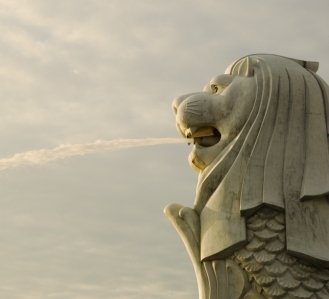 The heart-stopping months of September and October 2008 have been seared in the memories of all financial market players – or were they? Almost as quickly as the house of cards collapsed, the global financial industry is back – a tad restrained this time round, perhaps, but with scant traces of a massive hangover.

Now, headhunters are saying that insurance, real estate, and finance are three sectors in Singapore that will hire at a rate expected to reach pre-recession levels in the first quarter of the year. As employment tends to be a lagging indicator, this clearly reinforces the view that recovery is well underway in the Lion City.
The point was echoed by senior industry executives who spoke at a recent talk organised by the Financial Training [email protected], entitled “Dialogue with Industry Leaders: Pathways to Successful Banking and Finance Careers”.
The panel was made up of Piyush Gupta, CEO of DBS, Southeast Asia’s largest bank, Lam Kun Kin, executive vice president for group treasury at OCBC, Daniel Chan, CEO and chief investment officer of fund manager Lion Global Investors, and Bill Foo, Singapore CEO of ANZ Bank.
Different script, different cast
One trend that emerged was that the human resources departments of financial institutions are getting busier. OCBC will be offering many contract staff the chance to convert to permanent appointments; ANZ Bank has doubled its headcount to around 700, and following its takeover of the Singapore businesses of the Royal Bank of Scotland, that number will double again. DBS under Gupta, who took on the job in November last year, is revising its human resource development roadmap.
However, there is no illusion that that the party is resuming. “Even as the short term manpower prospect for the sector improves, it is equally important that we keep an attentive eye towards the longer term future,” said Chan Heng Kee, CEO of the Workforce Development Agency.
“As a regional and international financial centre, Singapore must ensure that our financial workforce remains at the forefront of knowledge and skills, especially since the sector continues to face sweeping changes and structural shifts following the recent crisis,” he added.
Those who wish to join and build a career in this industry need to bring along a different set of skills and come with new mindsets. Even business schools – somewhat embarrassed by the role that their MBAs play in causing the crisis – know that they have to help shape a different set of values. Those who are committed to staying in the industry need to adapt to a different environment and live with closer scrutiny and tighter regulations.
More regulations
“One big change is that regulatory controls in banking and finance will increase. We saw the start in 2009,” said OCBC’s Lam, who has more than two decades of experience in the industry. “The full picture has not arrived and in the next six to 12 months you will hear a lot of announcements with regards to increased capital and increased liquidity requirements,” said Lam, who was previously with Asia Financial Holdings, a subsidiary of Temasek Holdings.
Regulation, according to DBS’ Gupta, will be influenced by the increasingly cross-border nature of transactions. To Lion’s Chan, regulation will be a newfound art that the world seeks to perfect over the next decade.

“Post-Lehman, the world has learnt a painful lesson,” said Chan, referring to the spectacular collapse of top tier Wall Street investment bank Lehman Brothers – the most high profile tombstone caused by the burst credit bubble. “What has also been very shocking was how financial institutions have become so complex that CEOs, the boards, and financial institutions didn’t understand all the businesses and risks they were in,” he added.

Risk management, already a critical function in the industry, will play an even bigger role. According to the panellists, there will be heightened emphasis on risk and credit management. “This will drive people in the business to start thinking more about risks, whether it is market risks, credit risks, operational,” said Gupta, adding that people with expertise in these specific areas will be in greater demand.
Beyond dollars and cents
Besides risk management experts, the financial industry will also need people who can bring versatile operational skills in compliance and control. These positions are needed to help organisations stand up to closer scrutiny, as the industry looks to new performance indicators to assess an institution’s success.
“Compared to say 20 years ago, there is a lot more focus on the non-quantitative parts of the business,” said ANZ’s Foo. “These days, boards and shareholders demand a more complete matrix that includes your risk management, people management, and internal job satisfaction levels – not just among your peers but sometimes on an international level as well.”
The long-held mantra for just about anybody that deals with a profit and loss statement is to maximise the bottom line for shareholders. This is no longer the case. There are now more interested parties to answer to. “There is the responsibility not just to community at large, but regulators and governors,” said Gupta. “So how will you balance suitability and appropriateness of what you sell while thinking about broader stakeholder value?”
For employees, it is no longer about just maximising profits for their companies; for employers, is it no longer about just filling job vacancies.
Think careers, not jobs
“(Market) cycles are getting shorter and governments are more reluctant to build government-linked institutions. Booms and busts will be much more frequent, so be prepared for more shocks,” said Foo. In such an environment, the war for talent intensifies. So employers will need to stay flexible. What this means is that employees who are versatile, who bring with them a wide-range of experiences and other job smarts, will be highly valued.
No longer will a finance career be built based on decades of working in the same job function, motivated and comforted by steadily rising salary. Job-seekers will need to think not in terms of working for a particular bank or institution, but rather, what they can offer the industry as a whole.
While this might pose additional challenges for talent retention, banks and other financial institutions with smart HR policies can turn this on its head. For one, they should not box their staff within specific silos; they should offer them opportunities to move across departments and job functions as and when possible. For the employees, this adds to their claim of versatility, which may cultivate motivation and retention.
Take Gupta, who, prior to joining DBS, held 21 different positions in his 28 years with Citi. “Companies where people are allowed to have lateral mobility retain a lot of talent and get people who are extremely well-rounded. I hire people for careers not for jobs. If I take a person who wants a career, I can find six to 10 things for him to do for the next 10 years. If he can only do one thing and that job ceases, then what do I do with this person?” said Gupta.

Those yearning to move up the career ladder in this field should also not shy away from taking up postings away from headquarters. A solid stint in the organisation’s far-flung outposts will go a long way to add extra boost to one’s career, said the panellists.
Gupta, recounted how he spent four years in a tiny India set-up doing everything, from sitting in for the trader during lunch, accounting and product sales, to labour relations, heading internet platforms and running transaction, consumer and corporate banking. For him, each and every exposure added something to his experience of the front, middle and back office.  “The ability to connect the dots to think big is invaluable. Spending a year in operations and technology doesn’t sound sexy but it is the best place to learn the building blocks of the business,” he said.
“The opportunities to swing from front office to middle to back office repeatedly give you tremendously useful perspectives that you otherwise wouldn’t have if you were stuck in one place,” said Gupta.
In this new environment, more and more career trajectories in the financial industry no longer start right from the bottom. The common practise was to hire those young and eager, fresh out of school and eager to take on the world. Now, companies are taking in more mid-career hires: those with the versatility, who have clocked up a depth of experience, and have seen things with a different set of lenses and know how to take on the world in a way other than going head-on.
“Most traders in OCBC, including the top ones, are actually mid-career people, some from totally unrelated industries,” said Lam. “We value experiences garnered by operational staff, risk management staff and even those from IT. These people have proven that just being good in the area you are in is not the sure way to success."
Multi-dimensional knowledge across many areas will be very useful. The days where an employee did one thing day and night and made a lot of money out of it is over, he added.
About the Author
[email protected] is an online resource that offers regularly updated business insights, information and research from a variety of sources, including interviews with industry leaders and Singapore Management University faculty. The resource can be accessed at http://knowledge.smu.edu.sg.