Hedge Accounting: After the IASB Fix, What Next? 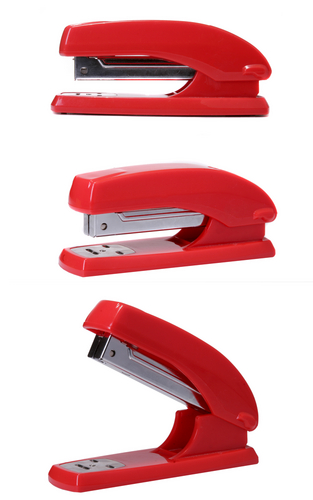 Is the accounting outcome different under this third way compared with under US GAAP?

It is different. The balance sheet will look different; the way you create the hedge relationships will look different. So you can imagine that a multinational that reports under both sets of standards will have some real challenges.
The way they allocate the fair value and split within ‘other comprehensive income’ will be different . . . The p&l and the cash flows are matched between the hedge and the exposure, but the way hedge and effectiveness will be measured will be different as well.
I think it’s more about the mechanics. Sometimes you’ll end up more or less in the same place, but the accounting mechanics are quite different. Particularly if there is any FX mismatch, we’ll see some different outcomes.
That would cause some confusion among investors and shareholders, wouldn’t it?
Correct. What we might see is people designating hedges under IFRS 9 that they’re not designating under US GAAP.
Maybe I’m a commodity hedger and I can’t get hedge accounting under US GAAP, but I can under IFRS 9. If I can get hedge accounting for all my commodity trades [under IFRS 9] but under US GAAP I can’t, then you’ll see some p&l differential.
Does this mean that the amount will be smaller in terms of comprehensive income under US GAAP compared with IFRS?
It could be smaller, it could be larger. It depends. But transactionally, the p&l will be more volatile under US GAAP than under IFRS 9.
If you think of a large quarterly trading house, one that reports under US GAAP and one that reports under IFRS, the one under IFRS now has a clear comparative advantage. Not only can they get the accounting outcomes that they want, they might be able to do more hedging economically than the US reporter.
The divergence has potential to cause some real headache for investors trying to understand what’s going on and for treasurers who are trying to work within the rules and their own company’s internal restrictions. It’s a shame that they [IASB and FASB] have not been able to reconcile the approach they want to go down here.
In terms of hedging involving foreign currencies, though, that’s not done typically done in the US, right? It’s more in Europe and increasingly in Asia. So does the divergence matter?
The question is if the group reports under US GAAP and it needs to consolidate the results, then it has to back out what they did under IFRS.
Would a company still need to create a synthetic forward curve now that IASB has come up with a fix?
No, not in that context. We [at Reval] are still working through exactly how we will support it, but there’s no need now for a synthetic forward curve. I think the way it will work out is we’ll create a hypothetical derivative for managing the spot risk on a trade.
What we need to support now is the concept of an aligned forward against which to measure the currency basis. This is why we say it’s more complicated. All of a sudden you’ve got a hedge relationship that has a hedge, you have an exposure, often a hypothetical derivative, and now we’ll have an aligned forward and the currency basis. That’s five elements.
It’s been more than 90 days since Phase 3 of IFRS 9 was exposed for comment. Has it come into effect?
It hasn’t been finalised. They’re talking second quarter [2013] now. They’ve moved the deadline.

So how are solutions providers like Reval dealing with the imminent adoption of IFRS 9 and the divergence with US GAAP?

As you know, we provide our solution as Software-as-a-Service, so the ability to roll out the changes is a lot easier for us because we can upgrade everybody at once.
You can, in fact, run IFRS and US GAAP on Reval at the same time. You can look prospectively into what would be the likely impact if I use this method or that method. We have a number of clients who do that for IFRS and US GAAP.
I think we’re going to see a lot more of that when people start to use more structured products, more options-based elements. They will want to consider what are the likely accounting outcomes.
A CFO does have the option of using hedge instruments but choose not to do hedge accounting, right?
Yes you do, [hedge accounting] is still an optional feature . . . But if you hedge, you have to fair value it.
There are those that don’t hedge at all because the accounting is too bad. But there are also those that hedge, but they don’t hedge account at all. They take the mark-to-market [value of the derivative] and push the movements to mark-to-market to the p&l. The only thing is your p&l will go up and down.
About 80% of Fortune 500 companies apply hedge accounting in one way or another. They might not do it for all hedges they have. Some, however, will do it for all.
Photo credit: Shutterstock
Read more on
hedging