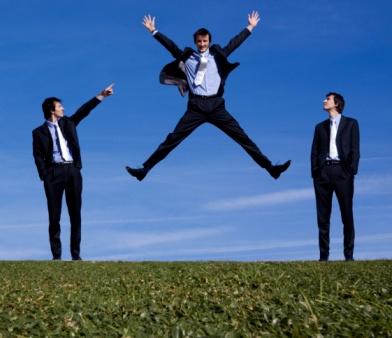 At a press briefing earlier this week to mark the formal launch of Grant Thornton Jingdu Tianhua, the Grant Thornton network’s new member firm in Hong Kong, Managing Partner Daniel Lin was upbeat, but realistic. “We now have a fully functional firm,” he said. “But we need to increase our size from 1,500 people [across China], including Hong Kong, to 5,000 people within five years, by which time the Hong Kong office should have a thousand people.”

That’s an ambitious target. Jingdu Tianhua is currently staffed by only about 80 people. Only six of the 27 partners of the former Grant Thornton member firm in Hong Kong, which was expelled in September, signed up with Jingdu Tianhua. The majority, 17 partners, decided to switch to BDO, Grant Thornton’s closest rival in Hong Kong, which has now replaced GT as the city’s largest accounting firm after the Big Four.
Eighty is hardly the optimum number for a partnership in a key financial centre. The former Grant Thornton member firm had some 500 partners and staff, and even then it was considered only a mid-tier practice. Lin was previously quoted as saying that Jingdu Tianhua will have 100 people by the end of 2010 and 150 partners and employees by summer 2011.
‘One Firm, One China’
The failure to attract the target number has financial implications. Edward Nusbaum, CEO of Grant Thornton International, who was in Hong Kong for the launch, conceded that Jingdu Tianhua failed to retain many of the old firm’s clients. But he insisted: “Our strategy, we believe, is more important than any short-term loss of revenue . . . We’re serious about our strategy, and it takes precedence over any short-term financial issues.”
That strategy is what Grant Thornton calls its ‘one firm, one China’ approach. As GT sees it, the traditional model of independent and autonomous member firms that enjoy wide latitude about how they work with each other is no longer relevant in today’s globalised world.
“The vast majority of our clients have operations in both mainland China and Hong Kong,” Lin explained. “So if we are two separate firms and if they come to us for services, they will probably have to go to the Hong Kong firm and the mainland firm [separately].”
The situation gets worse if, like some of its competitors, GT has different member firms in Beijing, Shanghai, Guangzhou, Shenzhen and other mainland cities, argued Lin. “That would create a lot of obstacles to the client to get good advice. We strongly believe that this ‘one firm, one China’ policy is good for our clients, and what’s good for our clients is good for us.”
Little Resonance
But for now, the approach is apparently failing to find resonance among finance professionals in Hong Kong and the old member firm’s clients. In an interview with CFO Innovation last year, Alex MacBeath, the member of Grant Thornton International’s global leadership board with responsibility for strategy in Asia Pacific, said that “a number of senior partners believed [integration] was the right strategy to go forward. But as a group the firm was unable to agree, unable to work in a cooperative way with the firm in PRC.”
Patrick Rozario, the former member firm’s chief executive and now partner, head of risk advisory, and executive board member at BDO, was blunter. “We consider BDO, which is run independently in Hong Kong and China, respectively, as a model that suits us better,” he told the South China Morning Post newspaper.
There are other possible reasons why most partners and staff voted with their feet for BDO. For one, BDO assured the former Grant Thornton people that they would all come in as equals. “If they are partners in their firm, they will join as partners,” BDO Hong Kong chairman and CEO Albert Au told CFO Innovation. “If they are managers, they will join as managers.”
It is unclear whether they would have gotten the same treatment at Jingdu Tianhua. It would have been unrealistic for Grant Thornton China to make these promises anyway, given that the ‘one firm, one market’ model is untested in the Asian environment and so requires utmost flexibility in implementation.
That said, MacBeath had taken pains to reassure would-be recruits about the working relationship of the Hong Kong unit and the other Chinese offices. “Hong Kong partners will have a very strong influence in everything going forward,” he said. “They will make independent decisions about hiring staff in Hong Kong, in client acceptance in Hong Kong.”
“There will be two main offices,” he added. “The main office in PRC is in Beijing and the main office in Hong Kong, of course, is in Hong Kong. The partners will work together. They’ll be jointly on the board and decisions will be made looking at the market as a single market and made in the best interests of clients.”
“It’s no different in North America, where we have lots of potential offerings between Canada and the United States. In each country we have an independent firm, but those two firms work very closely together. We share resources; we approach the [North American] market in the same way. The client should see seamless service between the two countries.”
Attractive Concept
Jingdu Tianhua may have been overly optimistic in projecting a 100-strong operation by end 2010 and 150 in mid-2011. The fear of the unknown or at least of a scheme that is untested may have weighed heavily on finance professionals in Hong Kong.
But the idea of closer linkages with China does seem attractive to Hong Kong accountants and other specialists. If Grant Thornton can demonstrate that its integrated approach works not only in terms of client service but, equally important, also in management control, financial remuneration and staff satisfaction, it should be able to reach the Hong Kong office's 1,000-strong target in five years.
Interestingly, the specialist advisory services team of the former Grant Thornton member firm signed up with neither BDO nor Jingdu Tianhua. Alan Tang, Alison Wong and Anita Hou are now partners at SHINEWING (HK) CPA Limited, a unit of SHINEWING Certified Public Accountants of China. They brought along with them 26 specialists from the old GT firm.
"We are impressed by SHINEWING's strong PRC background and their development potential," explains Hou, who was formerly Restructuring, Investigation and Insolvency Principal at the former Grant Thornton member firm. "You can see from their client list that they enjoy strong support from government bodies, institutions and corporates [in the mainland]."

SHINEWING (HK) is more than twice Jingdu Tianhua’s current size in terms of people and it has a longer pedigree – it was founded in 2005 after the merger of SHINEWING Certified Public Accountants, which was established in 1981, and Hong Kong’s Ho and Ho & Company, founded in 1978. All told, the SHINEWING network employs more than 2,700 people and has branches in ten Chinese cities (including Shanghai, Shenzhen, Qingdao and Chengdu), and in Australia, Japan and Singapore.

It is telling that Hou describes SHINEWING (HK) as a "quite independent firm" in relation to the PRC head office. "We have been given the flexibility and autonomy to manage and develop our own business and service lines without [too much] control by the PRC head office."
The comment can be seen as encapsulating the uncertainty practitioners in Hong Kong may be entertaining about exactly how Grant Thornton's 'one firm, one China' approach will work, particularly the relationship between partners in the Hong Kong office and those in China.
Why did Hou's team decide to sign up with SHINEWING instead of BDO? She says one of the reasons is that SHINEWING had yet to develop its specialist advisory services unit, unlike BDO. "We can basically operate as an individual team as we did before in corporate finance, forensic & investigation, and recovery & reorganisation," she explains. Most of the team's former clients are also switching over to SHINEWING, says Hou, even as the SAS team takes on new clients from mainland China.
Winners, All
So who is the winner so far in this accounting war? For the moment, we’ll give the victory to BDO, and to SHINEWING as well for managing to pick up a ready-made advisory services team complete with clients. But Grant Thornton can still win. As it says, the ‘one firm, one China’ scheme requires a long gestation period. If it plays its cards right, it can succeed in the coming years.
Nusbaum, for one, is confident that the China strategy will help lift Grant Thornton’s revenues to US$8 billion by 2016, more than double its sales of US$3.7 billion in the last fiscal year. (BDO had higher revenues of US$5.3 billion in fiscal 2010.) That’s a long way from the US$20.7 billion in billings reported last year by KPMG, the smallest of the Big Four.
But those earnings and the network and expertise they imply are substantial enough to present clients with a credible alternative to the Big Four and also BDO (not to say SHINEWING, which is the biggest domestically owned accounting firm in China). The biggest victors from all this may turn out to be Asia’s finance professionals – and the region’s burgeoning enterprises and emerging global giants that require audit and advisory services.
About the Author
Cesar Bacani is Editor-in-Chief of CFO Innovation.