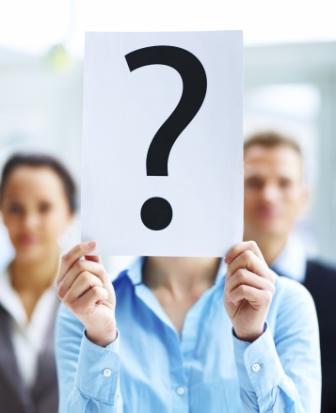 Corporate governance is deemed as something necessary in today’s business world, including in Asia, where family-owned businesses predominate. Regulators are helping to amplify the voices of minority shareholders. However, there is no one-size-fits-all corporate governance standard. Companies operate in different jurisdictions, they come in varying sizes and they are involved in different industries. They also have different ownership structures.

“While some companies make their governance choices in the best interests of minority shareholders, this is not always the case,” wrote John Nowland, who is at the City University of Hong Kong, and his co-author En-Te Chen, from Queensland University of Technology. “Controlling shareholders can intentionally maintain weak governance practices for their own private benefit.”
Their paper, "Optimal Board Monitoring in Family-Owned Companies: Evidence From Asia”, was presented last year at the Singapore Management University. As the title indicates, their research focused on how family-owned companies in Asia are practicing corporate governance, as measured by the number and involvement of independent directors on their boards.
The obvious way for minority shareholders to look out for their rights and to maximise their interests is to try to implement a stronger corporate governance framework. This can be done, specifically, through close monitoring exercised by independent directors sitting on the boards that supervise the companies.
The Families
What makes family-owned businesses an interesting subject? For one, cases abound where Asian family-controlled firms -- through complicated webs of cross-holdings among their various listed affiliated companies -- exert a degree of control that far exceeds their nominal ownership level. Put simply, family owners are exploiting loopholes in getting a cheaper, better deal than the other investors.
The authors say that a certain level of monitoring is good for minority shareholders. But they also hypothesised that there is a tipping point when this truism ceases to be true, or worse, becomes counterproductive. The so-called ‘optimal level of monitoring,’ as defined by the authors, is one that is reached when the marginal benefit of additional monitoring equals the marginal cost to outside investors.
According to an earlier study by Anderson and Reeb (2004), the performance of family-owned companies is highest in America when there is a balance between independent directors and family representatives on the board of directors. In their study, Nowland and Chen set out to find this balancing point – the optimal level of monitoring among Asia’s family-owned companies.
“We propose that performance is highest when family-owned companies adopt a level of board monitoring that satisfies minority shareholders. This optimal level balances the agency conflict between the family group and minority shareholders, while ensuring that the family group is not hindered in creating wealth for all shareholders,” they wrote.
Data and methodology
For the study, the authors drew on data from Asian companies in the period after the Asian Financial Crisis of 1997-1998, when voluntary corporate governance codes were implemented. “This allows us to have sufficient changes over time and since the changes were voluntary there is still variation in practices across companies. A focus on Asia also allows us to compare the relative benefits and costs of monitoring in Asian family-owned companies to the prior results of Anderson and Reeb (2004).”

The final sample consists of seven years (between 1998 and 2004) of data from 185 companies from four locations: 47 from Hong Kong, 58 from Malaysia, 32 from Singapore and 48 from Taiwan. These locations were selected due to the widespread availability of board governance and ownership data over the entire sample period.