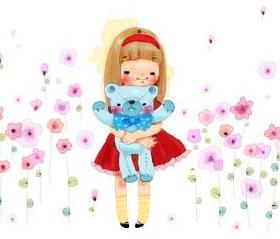 When Bank of America Merrill Lynch surveyed the world’s institutional, retail, and hedge fund managers in January this year, it found that the money men (and women) were starting to urge companies to invest more in growth and less on repairing their balance sheets.

That reversal of old verities continues. In its latest survey released on April 13, BofA Merrill Lynch says “investors rank dividends (net 27%) and capex (net 43%) as higher priorities than balance sheet improvement (net 23%).” It’s a situation the investment bank has not seen since December 2007.
As it happens, this is exactly what companies in Asia are doing. In the just-released CFO Innovation Asia Business Outlook Survey, fieldwork for which was conducted from March 31 to April 13 this year, we find that half of the businesses surveyed plan to increase capital spending in the next 12 months, up from 40% in the previous quarter. Many also plan to spend more on marketing, advertising and distribution (46% vs. 45% in the previous survey).
Little wonder that emerging markets, particularly Thailand (despite the current political instability there), Korea, Indonesia and China, are the most favoured by global fund managers. They are net 31% overweight on global emerging markets. These investors are especially interested in Asia ex-Japan companies in technology, energy, industrials, retail, materials, banks and autos. Global asset allocators are also overweight U.S. (net 21%) and Japan (net 12%), but are underweight the Eurozone (minus -18%) and the UK (minus -20%).
Goldilocks is back
“Investor expectations are for robust growth (just 11% think growth will slow), big profits and contained inflation – the full Goldilocks,” says BofA Merrill Lynch. “This complacency is best reflected by the sharp fall in investor views on credit default risk; only 37% of fund managers thought credit default risk was ‘above normal’ in April (vs. 54% in March).” And nearly one third of global investors (32%) now expect the global economy to grow above trend with below-trend inflation.
The 197 global investors with a combined US$546 billion in assets under management remain optimistic about the prospects of the global economy. The composite growth indicator, which combines the respondents’ outlook for economic activity with their expectations for corporate profit growth, is currently at +82. The indicator, which fell below 50 points beginning late 2005, started recovering only in the middle of last year.
The respondents are particularly optimistic about corporate profits growth. Nearly seven out of ten believe that corporate profits will increase over the next year. Of these, 71% expect a rise of more than 10%. “This is the highest level recorded for this question,” says BofA Merrill Lynch. The previous peak was in the January 2010 survey, when 63% of respondents said corporate earnings will surge by more than 10%.
On inflation, 60% of global investors believe it will be slightly higher over the next year. Only 46% said the same in January. “Higher expectations for growth and inflation laid the foundation for a big rise in interest rate expectations this month,” BofA Merrill Lynch notes. Fully 82% of them said short-term interest rates will be higher a year from now; 68% expect long-term rates to rise over the next 12 months.
Fifteen percent think the U.S. will start raising interest rates in the third quarter this year; 39% say it will be in the fourth quarter. Another 32% believe the Fed will raise interest rates in the first quarter next year. The emerging consensus appears to be on an earlier rise – in February, 42% had expected to see the U.S. start to tighten in the first quarter of 2011.

Waiting for the bears

In the fairy tale, Goldilocks was eventually driven out of the cottage by the three bears. The BofA Merrill Lynch survey suggests this may not happen for some time yet. The majority of global investors (65%) believe the world is still in the early stage of recovery, with 27% thinking we are already in mid-cycle.
But this also implies that we are closer to the crisis just past and could slide back. A double-dip recession is still possible. The worries over Greece and Dubai appear to have been mollified for now, as the European Union and the United Arab Emirates move to help their respective stricken member economies. Even so, the bears may decide to return early if China fails to address its asset bubbles or the U.S., UK and Europe tighten too early and too much.
The message to Asia’s CFOs is perhaps this: It’s good to start spending, but make sure it’s not at the expense of the balance sheet. In running a company as in global investing, the Goldilocks approach has much to recommend it.
Read more on
economic outlook