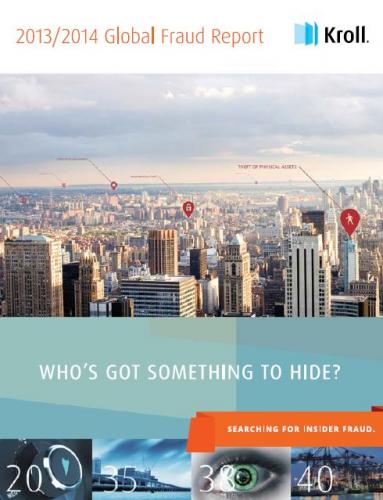 This annual report from Kroll and Economist Intelligence Unit (EIU) provide companies with insights of the different kind of fraudulent behaviors that are specific for each region, and how to avoid them.
The report is based on a global survey conducted in July and August 2013, with 23% of the respondents from Asia Pacific. The report states that fraud is on the rise, after a decrease in 2012. Overall, 70% of companies reported suffering from some kind of fraud in the last year (61% in 2012), and most of them remain inside jobs.

In China the respondents reported a great increase in fraud exposure, 80% this year compared to 69% in 2012. And in India companies understand that they operate in a high-corruption environment. Malaysians reported the second highest country rate of vendor or procurement fraud in the world (25%), only surpassed by Saudi Arabia (33%).