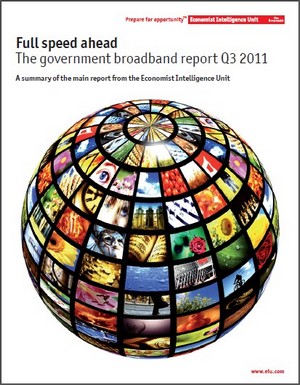 The EIU finds Singapore, Japan, and South Korea remain the most ambitious in the world when it comes to broadband services

The government broadband report shows that East Asian governments are targeting faster services and greater coverage than other countries. Already considered some of the most advanced broadband economies in the world, all three will significantly extend their lead if they meet targets.

The following questions are addressed: