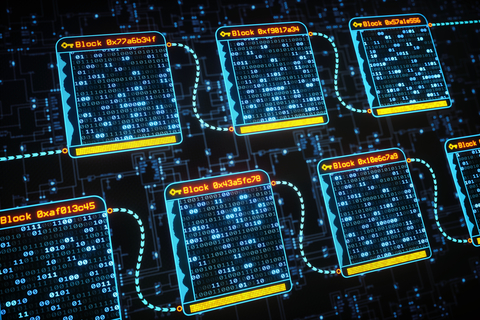 The Hong Kong Monetary Authority will launch in September a trade finance platform that is based on blockchain’s distributed ledger technology, in a joint initiative with BOC Hong Kong Holdings, Hang Seng Bank, Bank of East Asia, ANZ Banking Group and DBS Group.

“The next major milestone,” said HKMA deputy chief executive Howard Lee, “is to link up with other trade platforms in other jurisdictions to further facilitate cross-border trades.” The HKMA collaborated with the Monetary Authority of Singapore on a recently concluded trade finance pilot project.

The Hong Kong platform “will be one of the largest examples globally of a government-led, cross-bank effort to reform the multi-billion dollar trade finance sector using the distributed ledger technology that underpins digital currencies such as bitcoin,” reckons the Reuters wire agency.

It will also be the first full-fledged platform for commercial use. Exporters, importers, banks, logistics companies, customs regulators and other parties can tap it to digitize paper documents and automate processes. The aim is to “reduce risk and increase the financing capability of the banking industry,” said Lee.

There is huge demand for trade finance that the current paper-based and manual platforms have been unable to meet. Last year, the Asian Development Bank reported that banks and other financial institutions were unable – or unwilling – to service up to US$1.5 trillion in corporate requests for trade finance.

Many other trade finance platforms are in the pilot stage. Seven banks in India are testing India Trade Connect, a blockchain-based trade finance network developed by IT firm Infosys. The Digital Trade Chain project aims to connect trade finance parties in 11 European countries.

Some of the pilot projects are going beyond these basics and exploring smart contracts, in which payments are automatically made if certain conditions are met

Other initiatives include the Batavia Platform being developed by IBM and five global banks, HSBC Trade Finance Platform and the ICICI Trade Finance Blockchain Platform. Most of the initiatives focus on digitalization, automation and posting of transactions on electronic ledgers that are hosted by a network of servers around the world, a system that aims to be inhospitable to fraud.

Some of the pilot projects are going beyond these basics and exploring smart contracts, in which payments are automatically made if certain conditions are met.