Five Trends That Will Change Your Business 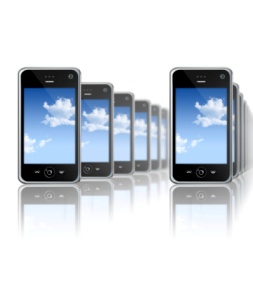 Forecasting the impact of new technology on long-term business plans is a minefield for any major company. For every internet-sized revolution, there’s a Segway-shaped failure waiting round the corner.

Tudor Aw, KPMG’s head of technology and a partner in the UK firm, identifies five trends worth factoring into your future: 1) cloud computing, 2) consumerization of IT, 3) m-commerce, 4) security and 5) sentiment analytics.
Cloud computing
Gartner’s “hype cycle” identifies the stages any major new technology goes through en route to mainstream acceptance, from inflated expectation through disillusionment to eventual productivity. Right now, says Aw, cloud computing is over-hyped – but that doesn’t mean it won’t be a viable long-term technology.
The cloud allows businesses to migrate services and applications to a remotely hosted hub operated by a third party. Today, companies are using it for specific functions such as collating sales information remotely or making email accounts mobile.
Eventually, entire operating systems or ERP tools could be hosted in the cloud. But Aw says vendors haven’t really communicated its benefits: “Most CEOs are fairly confused by the terminology.”
The security risks posed by hosting customer or mission-critical data externally remain a concern, but Aw says: “With any technology it’s worth looking at risk in terms of size of threat versus probability. With cloud computing, while the size of the threat is clearly high, if you perform due diligence with your provider, the probability may actually be lower than keeping data in-house.”
As he points out, all but the very largest organizations are likely to have a smaller IT function and less thorough security measures than major cloud vendors.
Consumerization of IT
When you’re kitted out with the latest gadgets at home, trying to do business in the office on a desktop PC feels archaic. The increasing affordability of faster, more functional tablet PCs and smartphones is creating greater expectations among employees – and businesses must react.
“Most people are tech-savvy nowadays and are bringing those expectations into the enterprise space,” says Aw. “They’re frustrated by the IT function and find their user experience compromised.”
Forrester Research found that 34% of younger employees believe the technology they use at home is superior to their work hardware. Staff often “go rogue” and find workarounds, bringing personal devices into the office or using LinkedIn for internal networking rather than more official channels.
Smart companies find ways to allow such innovation without compromising security or losing the economies of scale derived from centralized IT purchasing. Aberdeen Group research shows 73% of companies allow some or all employees to use “personal-liable” mobile devices for work. Others give staff a personal IT budget to spend as they see fit.
U.S. casino group Harrah’s Entertainment found most staff took up the option to use their personal devices for work, even though it shifted the cost away from the company. Though it meant drawing up a stricter usage policy and introducing software to separate personal and corporate data, the company has saved US$1 million a year in IT costs and boosted engagement.
M-commerce
The concept of using a mobile phone for transactions – from small, everyday purchases to full banking services – is hardly new. But just because it has disappeared from the headlines doesn’t signify failure, says Aw: “Things are moving a lot faster than people imagine. Using your mobile phone as a boarding pass was just a concept two years ago. Now it’s reality.”
The KPMG International’s Consumers & Convergence Survey 2010 found that 46% of global consumers had used a mobile device for banking, and 28% for retail. John Donahoe, CEO of eBay expects half the company’s business to be conducted on phones by 2013.
Take-up does vary wildly. At US$10 billion, the Japanese m-commerce market is almost 10 times larger than the U.S. In the developing world, consumers often “leapfrog” desktop PCs and head straight for phones to access the internet. Aw says mobiles are not just a channel for transactions but can build brand loyalty and community.
Security
Recent M&A involving security software providers – which has seen Hewlett-Packard pick up ArcSight and Intel buying McAfee – illustrates how important data security has become to multinationals.
KPMG’s Data Loss Barometer 2009 found that 220 million people had been affected globally by lost data, the highest level on record. Worryingly, mishaps weren’t always to blame, says Aw: “There’s nothing better for the media than a story about a banker leaving a laptop on a train, but malicious attacks are increasing at an exponential rate.”
Malicious insider leaks were up 50% in 2009, the survey found, but threats from government agencies, corporate espionage and rogue hackers are also real worries.
Empowering the CIO and increasing their visibility in the organization will help, says Aw, but a widespread program of education and training is the only way to embed a culture of vigilance.
Sentiment analytics
It might sound like the sort of Orwellian thought control that got Tom Cruise so wound up in Minority Report. But sentiment analytics – the practice of tracking blogs, groups and online conversations for the latest word about your company, its rivals and the marketplace – can yield real results, says Aw.
The reports produced by the automated process (often carried out by third parties) can give prior warning of product problems, reputational challenges or rivals generating online buzz. The hospitality industry has been an early adopter. US group Gaylord Hotels tracks 200,000 email surveys to identify common complaints from its guests without the need for detailed analysis.
“This unstructured data gives you the ‘why’ and helps our operators answer what they can to improve,” says Gaylord’s Trevor Croop. “Sentiment analytics allows us to take comments about a nuanced area and add context.”
When allied to social media techniques, this process can subtly change opinions. A Jupiter Research survey found that frequent social networkers were three times more likely to trust their online peers than external media, making the web the new battleground for brand reputation.
About the Author
This article is republished from KPMG Agenda Magazine, the website on advisory and other issues by KPMG, a global network of professional firms providing audit, tax and advisory services.
Read more on
cloud computing digital transformation analytics