Five Things Not to Do – and Do – in Your Job Interview 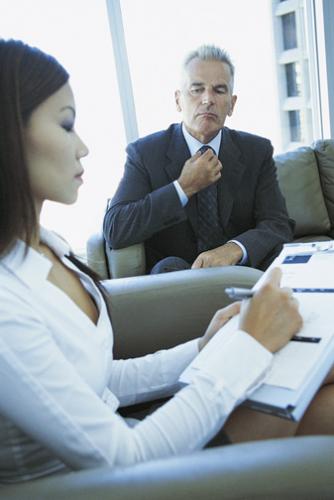 During my active recruiting years, I must have advised at least 5,000 job-seekers on the dos and don’ts of interviewing. It’s up to the job-seeker to make sure he or she is assessed properly. Some of these tips will help.
How to Avoid Shooting Yourself in the Foot
The five things to avoid are generalities, saying you have no weakness, too short or too long answers, asking what’s in it for me, and looking at your résumé.
Stop using generalities. Don’t say things like “I’m a problem-solver” and “I’m a real team player.” Generalities about strengths are ignored, forgotten, or not heard.
When interviewers evaluate a candidate they recall the examples and stories the candidate used to prove a point. From these examples they conclude to what degree the candidate possesses the strength or attribute.
Never say “I don’t have weaknesses.” Everybody has weaknesses. The point of the question isn’t even about weaknesses; it’s an attempt to determine your character, honesty, and self-awareness.
On the surface, saying you don’t have any weaknesses implies you’ve stopped growing, can’t learn anything new and can’t be coached. Openly stating a weakness, and describing how you’ve learned from it, indicates a willingness to become better.
Don’t give answers that are too short or too long. In an interview, you’re judged not just on the content of your answers, but also the quality of how they’re presented. The best answers are 1-2 minutes long.
If your answers are too short you’re assumed to lack ability or insight, or interest. Worse, you force the interviewer to work too hard. Interviewees who talk too much are considered self-absorbed, boring and imprecise. Worse, after two minutes the interviewer tunes you out and doesn’t hear a thing you’ve said.
Don’t ask “what’s in it for me” questions. At the beginning of the interview, assume you’re the seller, even if you’re the hottest, in-demand candidate in the world. Asking self-serving questions like “what does the job pay?” or questions about benefits and related superficialities, are an instant turn-off. It’s certainly okay to ask about these things once the interviewer signals that you’re a serious candidate for the job.
Don’t look at your résumé. During the interview you must not look at your résumé. This is a sign you’re either nervous (which you probably will be), or you fabricated something.
Interviewers expect you to know your work history completely, including companies, dates, job titles, roles, responsibilities and key accomplishments. To help recall these important details, write them down on a few 3x5 index cards before the interview. (Of course, don’t look at the cards during the interview.)
How to Gain an Interviewing Advantage
You should be prepared, ask insightful questions, turn the interview in a review of your past performance, prove your strengths and ask about the next steps.
Be prepared. An interview is more important than any major presentation you’ll ever make. You need to be just as prepared. Part of this is reading about the company, the industry, the job description, and the LinkedIn profiles of the people you’ll be meeting.
But this is just a start. Knowing yourself, your résumé and work history inside and out, your strengths and weaknesses, and preparing to ask and answer questions is the hard part.
Ask insightful questions. Interviewers judge candidates on three big areas: their first impression of the candidate, the quality of the answers, and the quality of the questions. Great questions can often overcome weaknesses in the other areas.
The best questions focus on the impact and challenges of the role, and the relationship of the job to the business.
Convert the interview into a past performance review. If the interviewer seems to be box-checking skills and experiences, ask about the major performance expectations for the job. Then give examples of your biggest accomplishments to validate you’ve done work that’s comparable to what needs to be done.
Prove strengths and neutralize weaknesses. Write down all of your strengths and weaknesses. For each strength, come up with one or two actual accomplishments you can use as examples to prove the strength.
To neutralize a weakness, describe how you converted it into a learning experience, or how you managed to deal with it.
Ask about next steps. Towards the end of the interview, ask where you stand, and find out the next steps. If the interviewer is vague or non-committal, you’re probably not going to be called back.
In this case, ask if there is something missing in your background or skill set that the job requires. Once you know this, you might be able to minimize the concern by describing some comparable accomplishment that was previously not considered.
For most hiring managers, the interviewer is more about box-checking and validating skills, combined with a big dose of gut feel and intuition. A savvy job-seeker can turn the odds in his or her favor by being prepared, recognizing that the interview isn’t a lecture or a series of 30-second responses, and asking insightful, business-oriented questions.
Preventing what can go wrong is a great way to ensure things go right.
About the Author
Lou Adler is CEO of The Adler Group, a 35-year-old search and recruitment company in the US whose clients include Intel, McKinsey, Disney, ESPN and General Dynamics. He recently wrote The Essential Guide for Hiring & Getting Hired (2013).This article first appeared on LinkedIn’s Influencer blog, and has been re-edited for clarity and conciseness.
Read more on
professional development