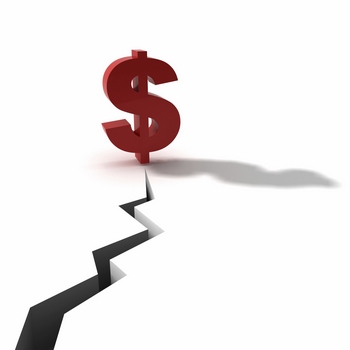 On 11 March, a massive 9.0 magnitude earthquake struck off the coast of northeast Japan, approximately 130 km east of Sendai and 373 km northeast of Tokyo. The earthquake, the largest ever recorded in Japan, triggered a powerful tsunami with waves up to 10 meters high in the hardest-hit Miyagi prefecture, resulting in more than 10,000 dead and missing persons and causing vast destruction to property and infrastructure.

Preliminary estimates of insured losses are US$15 billion to US$35 billion, and could rise as losses from the tsunami, which are not yet fully incorporated in the range, are refined. These losses will fall to insurance and reinsurance companies in Japan and around the world, resulting in negative credit implications for both sectors.
The ultimate amount of insured losses from this event, as well as the market participants that will bear them, will depend on the types of coverage provided (residential earthquake risks are covered by a government reinsurance program, while commercial risks are not), the amount of reinsurance purchased, and the structure of reinsurance programs.
An additional wildcard is the potential for business-interruption losses, which are influenced by damage to power and transportation infrastructure. We believe that estimating claims will be protracted process, as the size and scope of the event will place significant strain on insurers’ claims adjustment resources. Moreover, aftershocks could last for weeks, causing additional insured losses.
We expect the following insurance market participants to be most affected: Japanese domestic insurers, Japan Earthquake Reinsurance Co. Ltd., international insurers, global reinsurers/Lloyd’s market, retrocessionaires and catastrophe bonds.
Japanese Domestic Insurers
The Japanese non-life insurance market is highly concentrated, with three groups accounting for around 85% of the Japanese market on premium income from fire (including earthquake) insurance:
Earthquake coverage is not included in standard fire policies in Japan and must be purchased separately for most residential property exposures. Earthquake insurance covers damage from earthquake, fire following earthquake, volcanic eruptions, and tsunamis.
Residential earthquake risk is ceded by insurers to Japan Earthquake Reinsurance Co., Ltd. (JER). However, Japanese domestic insurers take back a portion of losses incurred by JER above ¥115 billion (US$1.4 billion), with maximum exposure of ¥593 billion (US$7.2 billion).
In addition, kyosai, or cooperative insurers, such as Zenkyoren (not rated), also provide coverage to homeowners (where earthquake risk is included in fire policies), but are not required to participate in the government backstop. To manage their earthquake exposures, kyosai are large reinsurance buyers in the private market.
We expect commercial and industrial losses to fall heavily on domestic companies (at least on a gross basis), as they account for approximately 94% of the non-life insurance market in Japan. Foreign insurers earn just 6% of premiums. However, a meaningful portion of commercial losses will likely be passed on to the global reinsurers.
Japan Earthquake Reinsurance Co., Ltd.
This entity, jointly owned by private P&C insurance companies, assumes residential earthquake exposure from domestic insurers and provides up to ¥5.5 trillion (US$66.9 billion) in claims-paying capacity.
Losses above ¥115 billion (US$1.4 billion) are shared with domestic insurers and the Japanese government at various levels of co-participation as loss levels increase beyond the JER’s first-layer retention. JER’s maximum exposure is approximately ¥606 billion ($7.4 billion).
International Insurers
The largest global insurers, including ACE Limited (IFSR Aa3 stable), Chartis (IFSR A1 stable), Allianz (IFSR Aa3 stable) and Zurich (IFSR Aa3 stable) write commercial lines business in Japan, but as mentioned above, have only a small market share. These companies also utilize reinsurance to manage exposures.
Global Reinsurers/Lloyd’s Market
We believe a significant amount of losses will flow to the global reinsurance industry (including various Lloyd’s syndicates), as catastrophe reinsurance covering Japanese earthquakes is a large market (for both commercial risks and residential risks from kyosai).
We expect the largest global reinsurance players to report the highest losses on a nominal basis. These players include:
For losses as a percentage of equity capital, we expect significant differentiation among companies as certain firms are not heavily exposed to Japanese risks.
Retrocessionaires
As the supply of retrocession coverage (where one reinsurer buys coverage from another reinsurer) has increased over the past couple of years, prices have come down, encouraging some reinsurers to buy more protection from retrocessionaires. This coverage is often bought on a collateralized basis from privately held reinsurers and hedge funds.
Given the magnitude of Japan’s catastrophe, it is possible that attachment points for such coverage could be breached, resulting in losses being passed to the retrocession market.
Catastrophe Bonds
Ten catastrophe bonds outstanding with approximately US$1.7 billion in par value include Japanese earthquake risk as a covered peril. Most of these bonds were sponsored by global reinsurance companies to hedge their risks, including Munich Re, Swiss Re, SCOR, Flagstone Re (IFSR A3 negative), and Platinum Underwriters (not rated).
These bonds are typically exposed to losses beyond a certain triggering threshold, which can include actual insured losses sustained from an event or a parametric trigger, where the reinsurance payout is based on the location, magnitude, and depth of an earthquake.
Impact on Reinsurance Pricing
While the area most heavily affected by the earthquake and tsunami is not densely populated relative to other areas in Japan, this event underscores the immense risks earthquakes pose to life and property in densely populated and industrialized regions. If the epicenter of this earthquake had been closer to Tokyo, the death toll and economic and insured losses would have been many multiples higher.
This event could stabilize reinsurance pricing in the months ahead as reinsurers’ capital (and capacity) has been reduced by a string of catastrophic events during the past six months, including two earthquakes in New Zealand, floods and Cyclone Yasi in Australia, and now, the largest Japanese earthquake since record keeping began.
We anticipate strong reinsurance market conditions in Japan for 1 April renewals (although some treaties may have already priced), as well as in Australia and New Zealand, where renewals occur at mid-year. Upcoming June renewals for Florida hurricane reinsurance could also experience firmer conditions.
We also expect share repurchases among global reinsurers, which were heavy during 2010, to grind to a virtual halt as firms preserve capital for the upcoming Atlantic hurricane season.
About the Authors
James Eck is Vice President – Senior Credit Officer and Kenji Kawada is Vice President – Senior Analyst at Moody’s Investors Service. This article first appeared in Moody’s Weekly Credit Outlook released on 14 March 2011.
Read more on
insurance