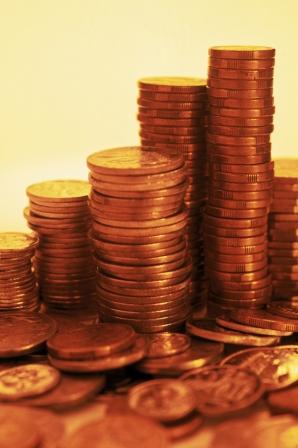 There are some indications that the worst of the current economic crisis may be over. However, economists, industry players, and market commentators are not about to call the start of a full-blown recovery yet. Downside risks still remain significant, especially for economies on both sides of the Atlantic.

Stock markets – which are seen as having priced in a recovery – have recovered some of their losses. Yet high unemployment and weak consumer demand might continue to weigh down on growth in these Atlantic economies. The mood is somewhat lighter in Asia Pacific. Major growth engines like China and India, as well as intra-regional economic activities, can help offset the slowdown in the region’s export-driven economies.
C-suite executives, speaking at a recent event held at Singapore Management University (SMU), all see opportunities for financial-services companies in the region. The seminar, organised by SMU’s Sim Kee Boon Institute of Financial Economics (video of seminar available here), was facilitated by Visiting Practice Associate Professor Bernard Lee, the Institute’s Deputy Director.
Professor Roberto Mariano, Dean of SMU’s School of Economics and the Institute’s Director, set the stage by citing some positive economic numbers, like IMF’s revised forecast for 2010, where it expects worldwide GDP growth to hit 2.5% from the April forecast of 1.9%. Singapore’s Ministry of Trade and Industry, meanwhile, cut its full-year forecast for 2009 to a lower rate of contraction.
However, Mariano cautions that a number of serious uncertainties remain, “Will China be able to sustain its rapid economic growth? When is Japan going to wake up? How will political turmoil in the region derail the recovery’s trajectory? Will the global banking system recover?”
Commercial Banking
While uncertainties at both specific sectors and the broader economy remain, some Asian banks are wasting no time in strengthening their market position. DBS Bank, for example, is one among the many Asian lenders making use of the opportunity to expand into new businesses, acquire new customers, and strengthen relationships with existing ones.
This is possible because most of the Asian banks suffered significantly lighter damage from the subprime fallout than their American and European counterparts. Furthermore, the Asian banks draw most of their funding the traditional way – from deposits, instead of borrowing from the wholesale market, said Jeannette Wong, Group Executive, Institutional Banking, at DBS Bank.
While Asian banks escaped relatively unscathed from the direct impact of the Wall Street turmoil, the picture is slightly darker for Asian companies. Like it or not, a major chunk of their business and therefore cashflows - especially for the exporters - still comes from the American and European markets. They have to cope with tighter liquidity and higher financing costs.
Still, from Wong’s perspective, the crisis has given Asian banks – which are in a better position to lend compared to the global banks – a good opportunity to build and maintain relationships with their clients. “This is a great time for Asian banks to anchor their relationships with [those] corporates. Many corporates are also willing to expand the type of product transactions they do with us, to reward us for staying with them through the crisis,” she said.
Asian governments, like Singapore’s, have also been quick to act. Soon after the crisis hit, a multi-billion-dollar stimulus package was introduced. The package includes credit guarantees aimed at keeping liquidity flowing, especially for small and medium enterprises. Banks who took part in these schemes are enjoying both wider credit spreads and government guarantees.

Also, beyond just Asian companies, some American and European companies are starting to do more business with Asian banks. Attracted by the capitalisation of Asian banks, non-Asian companies are beginning to place their cash deposits and setting up operating accounts with regional banks. “Opportunities to win such mandates have opened up for banks like DBS,” said Wong.

Investment Banking
Besides commercial banking, investment banking activities in Asia have also managed to regain some lost lustre. Towards the end of last year, patches of activities have been happening in the market, according to Ronald Ong, Chairman and CEO, Southeast Asia, Morgan Stanley.
While the perception from industry outsiders is that investment banking activities have disappeared in line with the general financial market, this is not quite the case. The first six months of this year alone saw US$190 billion worth of deals done over 312 transactions in the Asia Pacific region, which is not too far off from the 571, 538 and 399 transactions completed in the first halves of 2008, 2007, and 2006, respectively, said Ong.
According to him, there are several factors driving these merger and acquisition activities. Firstly, there is the so-called ‘China factor’, where Chinese companies, enriched by the boom of the previous decade, have become increasingly aggressive at acquiring stakes in companies overseas. Their favoured targets are companies in mining, energy, and finance.
Next, acquirers – not just Chinese firms – are seeing valuations of target companies becoming more compelling and realistic. Thirdly, some foreign companies, like the Royal Bank of Scotland, which is desperately trying to cut debt and turn around, are compelled to sell their Asian businesses.
Last but not least, financing is available from both the capital markets and from banks for the right deal. “I think you will find that financing today is more readily available,” said Ong.
However, in contrast to the boom years, when the IPO (initial public offering) fever was white-hot, the market, for now, is dominated by secondary offerings from existing listed companies. According to Ong, this is likely to change. “I believe that the markets will continue to hold, and we would see a good pipeline of IPOs coming out in the second half this year,” he added.
Fund Management
Turning to the fund management industry, the recent acquisition of Barclays Global Investors (BGI) by asset management firm BlackRock has given credibility to talks in recent years that the global fund management industry is entering a major consolidation phase, resulting in the creation of more ‘mega managers.’
Gerard Lee, CEO of Fullerton Fund Management, a wholly owned unit of Singapore’s state investment agency, Temasek Holdings, believes that the Barclays-BlackRock ‘mega-merger’ is a one-off and not a trend to come, because this merger was driven by the mutual and complementary needs between BlackRock and BGI.
Also, Lee believes that clients do not like to entrust too much of their investments with just a few big managers. Instead, they like to spread their risks by diversifying, awarding mandates to different managers. If investors are looking for size because of financial stability, breadth and depth of operations, as well as products, these are already available in the top 10 to 20 firms.
From the Singapore fund management players’ perspective, if such mega mergers do continue, there will be both positive and negative impacts on their businesses. For example, these big global players are likely to “ignore” the local retail market.

This means that there will be less competition for the Singapore fund management firms in their home turf. Institutional clients, meanwhile, will avoid putting too much money in a few large managers. They will actively hedge their risks by shifting more assets to the care of local managers, said Lee.

However, he also cautioned that mergers in the fund management industry might result in fewer job opportunities for the local market. Furthermore, the big mergers might also result in behemoths that will create “moral hazards” for regulators because they are deemed to be “too big to fail,” said Lee.
Wealth Management
Renato de Guzman, CEO Asia Pacific, ING Asia Private Bank, shared his views on some of the lessons learned by local wealth managers which, probably more than other sectors within the industry, enjoyed unprecedented and unmatched growth before the crisis.
For one, the industry – both service providers and clients – can no longer take the availability of liquidity for granted. Under the previous low-interest, highly-leveraged environment, cheap funds were sloshing around looking for things to buy. The massive de-leveraging that followed was a violent hurtling to the other extreme. “We saw (many) asset classes lose liquidity; even investment grade bonds lost liquidity during the crisis,” said de Guzman.
Another lesson, according to him, was the importance for products to be “transparent”. Specifically, investors and distributors should be wary of products that come with “embedded leverage”, which may deliver some nasty surprises when things turn sour with the high levels of debt. Rating agencies should not be over-relied on. The party is good while it lasts, but investors should always remind themselves that the markets cannot sustain abnormal returns for a long time.
Clients, according to de Guzman, are now “more careful looking at the financial statements of their banks, and of the custodians of their assets. They prefer simple and transparent products, and are less reliant on leverage to generate returns. They know the importance of cash and risk-free assets like US Treasury Bonds in their portfolios.”
Nevertheless, even though many of the wealth management clients have suffered double-digit declines in their investment portfolio, there are some attractive investment opportunities in the current environment, namely, Asian equities and real estate. “We have historically low interest rates; there is asset inflation in Asia. Globally, the attraction of Asia as an investment destination will result in more foreign inflows,” he said.
About the Author
[email protected] is an online resource that offers regularly updated business insights, information and research from a variety of sources, including interviews with industry leaders and Singapore Management University faculty. The resource can be accessed at http://knowledge.smu.edu.sg.
Read more on
Singapore