Finance Salaries 2013: How Not to Lose Your Team 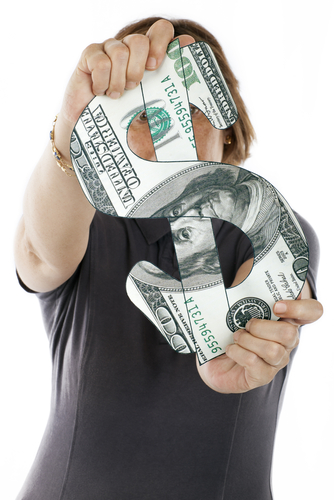 Last year, corporate accountants in Hong Kong received a 5% salary increment on average, according to the 2012 Salary Guide: Finance & Accounting by Robert Half, a specialist recruitment firm.
Robert Half has just released its 2013 Salary Guide, and it seems the significant escalation in finance and accounting salaries will continue this year. According to Robert Half, Hong Kong accountants working in large companies will likely get an 8% raise on average in 2013.
Their counterparts in Singapore will be getting even more – a 9% increase, up from 7% in 2012. Other finance professionals are looking at potentially even more substantial increments, according to Robert Half:
CFOs in Asia, in other words, will need to be ready match or exceed significantly rising market salaries for many in the finance team, from accountants to managers to directors. Otherwise, they may find themselves needing to recruit talented replacements who are difficult to find in many markets.
Singapore Sling
In Singapore, says Robert Half Director Stella Tang, “employees are highly mobile because they are highly skilled. As Singapore’s position as a global business and financial hub grows, there are more opportunities for talented finance and accounting employees to move across industries and functions.”
They also move across employers. A Robert Half global survey of 2,100 CFOs and finance directors in 15 countries finds that 66% of finance and accounting employees in Singapore stay with a firm for only three years or shorter. Globally, 67% of finance professionals remain with one employer for five years or less.
Thirteen percent of finance professionals in Singapore indicate they move on because they were offered higher remuneration by another company, among other reasons. CFOs should therefore track what the current or prospective market rate is to make sure they can match or top those offers and keep their best people (see table below).
Click image to enlarge
Finance and Accounting Salaries, Singapore

“The hiring market in Singapore is expected to be robust for the first half of the year,” notes Robert Half in its 2013 Salary Guide, which is based on information collected from its accounting and finance recruiting managers, actual placements, insights from senior managers, independent research, and analysis of current and future trends.
The most sought after finance professionals in Singapore are the following:
“On the experience score, the highest demand is for mid- to senior-level professionals with five to 10 years relevant experience,” reports Robert Half. Employers that are particularly looking for experienced finance staff are those in energy, information and communications technology, fast moving consumer goods, real estate and pharmaceuticals.
Revival in Hong Kong
Last year, finance team salaries in Hong Kong increased less steeply than in Singapore (see Keeping Talent: Are You Paying Your Staff Enough?), at 5% for most positions. In 2013, the situation is reversed, with some salaries in Hong Kong projected to surge in double digits (see table below).
Click image to enlarge
Finance and Accounting Salaries, Hong Kong

“Companies are optimistic about their growth prospects,” says Pallavi Anand, Robert Half Director in Hong Kong. “While it is difficult to predict what the future holds for the global economy, there are clearly opportunities for talented finance, accounting and banking professionals in Hong Kong.”
The most sought after finance professionals in Hong Kong are the following:
“The industries currently hiring most actively include healthcare, pharmaceuticals, retail, IT services, marketing and media,” observes Robert Half.
It also notes the trend in Hong Kong of companies relocating less strategic finance and accounting functions to less expensive offshore locations, which may explain why A/P and A/C managers in Hong Kong, for example, are projected to have no increment this year.
Surging Shanghai
“While China’s impressive growth rate slowed in the later part of 2012, it looks set to pick up considerably in 2013,” Robert Half observes. “This will have a positive impact on the hiring landscape in Shanghai.”
This also means that CFOs who have built up a cadre of experienced finance team members will be challenged to hang on to them. They should be prepared to match or exceed the projected salaries that finance professionals are expected to command this year (see table below):
Click image to enlarge
Finance and Accounting Salaries, Shanghai

The most sought after finance professionals in Shanghai are the following:
For CFOs anxious to keep their talent, one observation may be useful. “Increasingly, employees in Shanghai today are also motivated by flexible work arrangements, work-life balance, and career progression,” says Robert Half. These incentives can make the difference when finance team members get antsy over higher salaries elsewhere.
Conservative Japan
Unlike their job-hopping counterparts in Singapore, finance professionals in Japan tend to stay on with the same employer for years. “The challenge is to convince a talented professional to change to a new company or to take on a new role, as some employees tend to be more conservative when making choices about their careers,” says Robert Half.
Indeed, there seems little incentive for companies to get into a bidding war for talent among themselves. The Robert Half salary report projects salaries to remain at the same levels this year as in 2012 – or in 2011, for that matter (see table below).
Click image to enlarge
Finance and Accounting Salaries, Japan

Retention and recruitment are relatively easier in Japan than elsewhere in Asia. Companies in Japan have “a strong pool of experienced finance and accounting professionals to tap,” notes Robert Half.
The most sought after finance professionals in Japan are the following:
More with Less
What if, despite the CFO’s best efforts, the finance ranks are decimated anyway? Going on a recruitment drive is an obvious course. But Robert Half also suggests giving those who stay on the right tools and motivation to enhance team productivity, which will enable finance to do more with less. The suggestions include:
About the Author