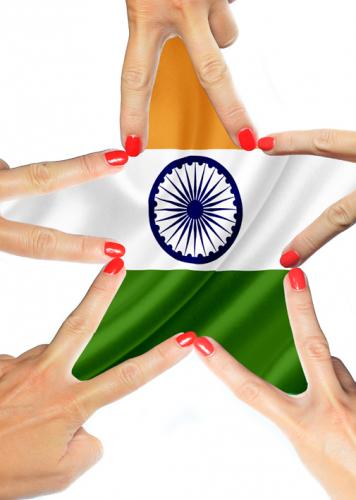 Navigating foreign investment in India can be daunting. The World Bank’s Doing Business 2014 report ranks India among the most difficult countries in which to start a business – 179th out of 189 countries analyzed. As such, foreign firms are highly recommended to hire a professional services firm to assist with setup and investment in the country.
Know your India FDI Policy
For foreign institutional investors (FII) and firms considering foreign direct investment (FDI), a familiarity with India’s recent changes in FDI policy is critical. Below, important amendments made to India’s foreign investment policy in 2013 are summarized, and changes currently under discussion for 2014 explored.
Amendments made this year in Indian FDI policy impact a number of key business sectors, and in many instances eliminate the need for foreign investors to obtain approval from the Indian Government before investing.
Additionally, policy changes in 2013 alter the legal definition of ‘control’ and regulations for single and multi-brand retail trading.
FDI Routes and Foreign Investment
Foreign investment into India falls under one of two FDI routes:
Foreign investments take two principal forms:
Both distinctions are important when interpreting recent changes in foreign investment policy, as variations in foreign investment caps and approval routes often vary by both industry and investor.
Changes to FDI Caps and Approval Routes
FDI caps in the following key business sectors have been unchanged in 2013:
Changes in the Definition of ‘Control’
A changed definition of ‘control’ is also expected to check FDI into sectors where there currently exists a sectorial cap.
Prior to the 2013 amendments, companies were considered to be ‘controlled’ by resident Indian citizens if an Indian citizen held a 51 percent stake in the firm and wielded the power to appoint a majority of directors in that company.
Under the broadened definition of control introduced this year, ‘control’ now includes not only the power to appoint a majority of directors, but also the ability to control the management or policy decisions via shareholding, management rights, shareholder agreements, or voting agreements.
Consequently, companies previously considered to be ‘Indian’ may now be viewed as foreign controlled and subject to FDI caps and restrictions on downstream investment.
Changes in Single and Multi-Brand Retail Trading
While previous FDI policy only permitted one non-resident entity with ownership of a brand (or rights to a brand) to invest in Indian companies engaged in the retail trading of that brand, policy changes now allow multiple non-resident entities (as long as each own or have rights to the brand via a legally binding agreement) to invest in Indian entities engaged in single-brand retail trading of that brand.
Additionally, single-brand retail trading investment routes have been modified.
In respect to multi-brand retail trading, changes made in 2012 permitted up to 51 percent FDI with prior government approval.
Conditions for investment, however, required companies to invest at least 50 percent of the total FDI proceeds into ‘back-end infrastructure’ such as:
Changes made in 2013 now clarify that at least 50 percent of the first US$100 million must be invested in ‘back-end infrastructure.’
Furthermore, the previous requirement regarding manufacturing and processing 30 percent of products in ‘small industries’ has been discontinued, and multi-brand retail trading companies (MBRTCs) are now permitted to source their products from any manufacturing and processing entity so long as investment in plant and machinery is below US$2 million at the first engagement.
MBRTCs are now also allowed to establish outlets in a wider range of locations as the previous restriction to cities with populations of at least 1 million has been scaled back. State governments now possess the power to permit MBRTCs to operate in their region.
Possible Changes in the Works for 2014
A number of changes have been hinted at in FDI caps for 2014. Recent reports indicate that an investment cap may be imposed on manufacturers of ‘rare and critical’ medicines, and FDI caps in the defense sector may be relaxed for investment promoting the development of ‘state-of-the-art’ military technology.
In bonds, the government may transition from a fixed ceiling on FII in government securities and link limits to proportion of GDP.
Whatever the changes, foreign investors should be familiar with Indian investment regulations and compliance requirements before moving to invest in regulated sectors.
About the Author
Dezan Shira & Associates is a specialist foreign direct investment practice that provides advisory services to multinationals investing in emerging Asia. This article was first published in India Briefing and was re-edited for clarity and conciseness. For further details or to contact the firm, please visit www.dezshira.com.
Photo credit: Shutterstock
Read more on
India