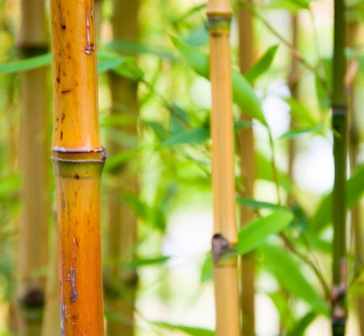 In a family business, passing the baton can be a tricky affair. Besides the usual operational and administrative issues, other factors, such as different management styles between the older and younger generation, power struggles, and familial politics need to be managed. Kinks in the process may well kick start a perpetual rut, or even worse, the beginning of the end of the enterprise altogether.

Four family business chieftains shared their take at a recent seminar organised by the UOB-SMU Entrepreneurship Alliance Centre, as part of the centre’s fifth anniversary celebrations.
Roland Ng of Tat Hong Holdings, Jocelyn Chng of Sin Hwa Dee Foodstuff Industries, Mark Lee of Sing Lun Holdings and Clinton Ang of Hock Tong Bee are living proof that family-based succession can be viable for the family enterprise – provided certain conditions are met. All four come from different backgrounds, are involved in different industries, and have taken over the reins under different circumstances.
Siblings and fathers
Many of Roland Ng’s colleagues are also his siblings – seven brothers and five sisters. The company was founded by his father in the 1970s as a supplier of cranes and heavy equipment. Though the business is largely run by family members, a line is drawn at the hire of in-laws.
For a business that has reached a large size and yearns for more, going public would be a predictable next step – and Ng, who joined the family concern in 1979, harboured such ambitions. In 1991, Ng became Tat Hong’s managing director. The company first listed on the Australian Securities Exchange in 1997 before getting a secondary listing on the Singapore Exchange in 2000.
Today, Tat Hong has grown into the largest crawler crane company in the world, supplying cranes and heavy equipment to different industries, not just in Singapore and Southeast Asia but also in China and Australia. For the full year ended March 2010, the company’s revenue was nearly half a billion dollars.
The challenge of taking over the family business came earlier on to Jocelyn Chng, managing director of Sin Hwa Dee Foodstuff Industries. She was only 21 and in her second year at the National University of Singapore when her father passed away. The job of leading the company fell suddenly on her. She completed her degree nonetheless, with the support of her mother, who often prepared “heart-warming” family lunches at the factory.
Biology and succession
These family business owners know the potential downfalls of biology-based succession. There are obvious risks to the automatic, unconditional hiring of greenhorn successors, who may have been destined, but may be completely unprepared or ill-equipped, for their roles.
Mark Lee of Sing Lun Holdings was very well compensated working for a public-listed company when he chose to jump (into the family) ship.
“There was an agreement that nobody could come back to the family business unless you have been a manager outside and have a track record in managing people,” he said. Knowing that his father had plans to take the company public, he wanted to experience life and work at a public-listed company first, to prepare himself for eventually taking over the family firm.
It was not an easy transition. In 1999, the technology bubble was at its peak and companies were dishing out not just high salaries but also dangling stock options and promising massive opportunities for wealth and success. “You can get seduced by your immediate needs, or go back to the family business and take a pay cut,” said Lee.
Today, Sing Lun Holdings is one of the world’s largest suppliers to clothing brands like Puma, Northface, Burberry, Gap and OshKosh B’Gosh, as well as department stores like Macy’s and Marks & Spencer. Last year, it won, for the 12th time in a row, the Macy’s Five-Star Supplier Award.
Uncles and aunts
While the presence of family members can suggest greater support and assistance, this may not always be the case, as pointed out by Clinton Ang, managing director of Hock Tong Bee Pte Ltd, a seller of wine and spirits. Earmarked early as the successor, Ang, who was working in one of the Wall Street banks, took over the gunny sack company founded by his grandfather in 1938 – with strings attached.
At the time, the company had 35 employees. Nearly half were relatives. Ang started reducing the number of family members working in the firm so that he could push through the reforms he felt was needed to take the company to the next level. Twelve relatives, who were in the generation above his father’s, opted to retire when they saw the “massive” re-engineering of processes that the company was going through.
The rest were his aunts. “They all contributed a lot to the business but they all had their way and my father was one of the nicest guys around. He always wanted everyone to be happy. But sometimes in life and in business, you cannot make everyone happy,” said Ang.
“Towards the end of my father’s life, they eventually settled for a decent package because they knew if they didn’t and my dad suddenly passed on, they’d have to deal with me. And I’ve been known, with my American education and banking background, to have no grey area. You’ve to do what is best for the business to go forward,” said Ang.
Today, Hock Tong Bee, under Ang, is better known by its Cornerstone Wines brand, which can be found in 20 countries across the Asia-Pacific. The company is not only an importer, exporter, wholesaler and retailer of wines and spirits, but also provides services in areas such as wine investment, logistics, corporate gifts and event planning.
Values and tradition
Despite their achievements, the four family leaders have not forgotten their roots. They maintain a strong sense of respect for their parents and the values passed down by the generations before them.
Worried that his father may not know what to do with his time after handing the company to him, Ng started an investment company to keep him busy. Lee’s father, Patrick, remains as the company’s executive chairman, and “and will always be, as I value his experience and advice,” said the son.
Chng’s love for her family extends to Sin Hwa Dee’s staff too. She said: “We treat everyone as an extended family. If they have problems or issues, they can go to their managers or department heads.”

A junior employee passed away five years ago, leaving behind his widow and four children. Sin Hwa Dee under Chng is helping the family. “Until today, our company still supports the family as we want to take [care of] them like . . . family members,” she said.

Beyond the family
However, beyond close family-like bonds, what matters most to Chng when it comes to her employees is talent and attitude. She empowers them to pioneer new projects while guiding them; even mapping career paths to reassure her staff that key positions are not reserved for family members only.
“We have to treat everyone fairly and impartially. And we always need new leaders and fresh blood to keep the company relevant. I’m happy to say that we’ve a young and dynamic team and we work well together. Sometimes I can be very conservative… but sometimes they will also push me forward and say, ‘Let’s try and take the risk,’” said Chng.
Tat Hong’s Ng agrees. “You can’t depend only on family members if you want to grow a business as some of them are just operations people. You have to include outside professionals,” he said. However, to minimise complications, Ng would not put an “outsider” in a department where one of his brothers was already in charge as it would “create relationship problems”.
Ng explained: “My brother would wonder why I hired someone to replace him when he was already doing his job well.” So as the company expanded overseas and new branches were opened, these “outside professionals” would be brought in to helm those operations. They would have the space to grow the company without having to manage sensitive relationships; family members would be able to carry on with their jobs and responsibilities too. Everyone is happy.
With an eye on bringing the Cornerstone brand international, Ang said that Hock Tong Bee’s Singapore operations is positioned as the “knowledge base and epicentre” of the business. As such, the strategy is to “break” the company into strategic units and companies and make the managers shareholders and stakeholders.
He works closely with his managers on projects because he believes this helps employees feel like they are a part of the ‘family’ without actually needing to give them stocks and shares. And at the end of the day, Ang added, somewhat tongue-in-cheek: “We always promise good food, good wine and great company!”
Planning for the future
Would any of these family business owners insist on having a relative head their family enterprise when it is time to pass the baton? For that, the unanimous answer seemed to hinge on whether or not the successor is capable of taking the business to greater heights; and not so much if the successor shares the same DNA.

Lee is already training his chief financial officer, for instance, to take on the operations role. To put it plainly, he said: “At least I know if my plane drops from the sky, there is someone to carry on the business.”

Of the four panellists, only Ng and Chng have children already working or showing interest in the family business. However, both preferred not to confirm that they are grooming these third generation members to be the successors, saying only that it is a possibility.

Ng said that his business is already 70% run by non-family professionals. “When you grow to a certain size, you cannot treat your company as a family business. You must have good systems and professional people in place.” Even if his son succeeds him, he added, there will still be many overseas business units run by non-family members.

All four panellists agreed that communication, open-mindedness and strong leadership are, by far, the most important considerations. Lee noted that the older generation must be open to suggestions from others. “Sometimes as the business change, we need to absorb the new ideas. The younger generation also needs to articulate their ideas coherently in terms of dollars and cents and how these would impact the business.”
Ultimately when it comes to making a decision, there can be only one leader and the rest must follow. The leader must have a clear vision of where the company will go and what it will achieve in the next five to ten years. “I tell my family that we can put our brains together to brainstorm over a new project, but when I say ‘go’, you cannot turn back, as there must be only one leader,” said Chng.
About the Author
[email protected] is an online resource that offers regularly updated business insights, information and research from a variety of sources, including interviews with industry leaders and Singapore Management University faculty. The resource can be accessed at http://knowledge.smu.edu.sg.This article was re-edited for clarity and conciseness.