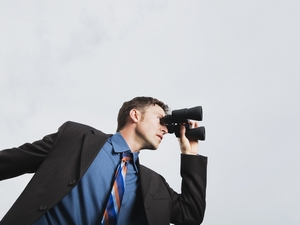 SAP has made its foray into the mobile space known by its recent acquisition of Sybase, a mobile management tools provider.

Over the past several years Sybase has built a strong and versatile platform that can deliver enterprise applications to a broad range of devices, from BlackBerry to iPhone. It also became a major player in mobile messaging in 2006 when it acquired Mobile 365, which today handles 1.5 billion messages daily, leveraging more than 850 operator relationships to reach 4 billion mobile subscribers with alerts, transactions, promotions, and other content.

With Sybase’s versatile platform, SAP can help customers derive more value from their existing SAP investments by extending them to a broad range of mobile devices, from BlackBerry and iPhone to Windows Mobile and others. The move also furthers SAP’s strategy of supporting customers’ heterogeneous IT environments, because Sybase’s anytime/anywhere/any application approach has resulted in a platform that is versatile enough to connect and mobilize a wide variety of applications and data, both SAP and non-SAP.

Sybase, for its part, gains access to SAP’s in-memory database computing technology, which will dramatically increase the performance of its complex event processing and analytics tools. In-memory capability should also allow Sybase to integrate transactional and analytical capabilities in single products.

So, if they succeed with those plans, SAP could help Sybase to expand beyond its beachhead in financial services into other markets where SAP is already well established.

Does it signal a broader strategic shift?
The acquisition of Sybase is SAP’s second major departure from its long-standing strategy of growth through internal development. The first was even bigger: the acquisition of business intelligence and analytics vendor BusinessObjects in November 2007 in a deal valued at $6.8 billion. Had it not done so, SAP would have been at a major disadvantage in business intelligence, given that Oracle acquired Hyperion and IBM acquired Cognos at around the same time.

SAP could plausibly make the case that buying BusinessObjects was imperative from a competitive point of view, but did not mark a U-turn from its strategy of building rather than buying. This second major acquisition comes just three months after the sudden departure of Leo Apotheker after less than a year as CEO and his replacement by Bill McDermott, then head of SAP’s field organization, and Jim Hagemann Snabe, head of product development, as co-CEOs. So it raises the same question: does it mark a major shift in strategy under the new leadership?

The answer isn’t immediately obvious. Sybase and SAP have been working closely together at least since 2003, when they announced plans to align SAP’s small-business ERP suite, Business One, with Sybase’s data management solutions. Little more than a year ago, in March 2009, they forged an agreement to use Sybase’s platform to mobilize SAP’s flagship Business Suite. Given that history, it seems likely that the acquisition isn’t sudden at all but has been under consideration for some time.

In fact, apart from the question of whether $5.8 billion is a reasonable price to pay – a question that merits a separate discussion – we think the acquisition may mark the emergence of a shrewd dual strategy rather than a U-turn: a combination of careful internal development and bold acquisitions. SAP’s internal-development strategy has allowed it to retain its leading market share, by wide margins, in enterprise resource planning, customer relationship management, and supply chain management. But the markets have viewed that approach as stodgy, while rewarding Oracle for its hyper-aggressive acquisition strategy by driving its stock price dramatically higher over the last few years. As the pace of IT innovation continues to increase, a strategy that draws on both elements – internal development and acquisition – should serve SAP well.