Entrepreneurship: Failure Is an Option 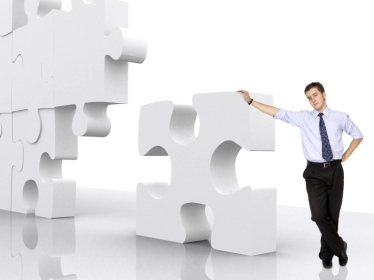 If only entrepreneurship is like a secret sauce, people would copy the recipe and reapply it each time they need a dose of it in their newly minted business plans. Unfortunately for most would-be entrepreneurs, this is not the case.
Two speakers with links with the Massachusetts Institute of Technology (MIT) -- one of the most renowned research-based universities in America, if not the world -- came close when they shared insights and highlights of the so-called "MIT approach" at a recent forum co-hosted by SMU's Institute of Innovation and Entrepreneurship. The community at MIT is known for its entrepreneurship culture – one that has spawned and nurtured thousands of start-ups based on the faculty and students’ research and inventions, many of which received direct funding from the university.
Rich Kivel and Howard Califano, if not the typical 'been-there, done-that' types, certainly come close enough.
Kivel is currently CEO of TheraGenetics, a London -based company working on commercialisation of diagnostic tests to improve the treatment of disorders such as schizophrenia, depression and Alzheimer's. A serial life science commercialisation veteran, Kivel oversaw the successful acquisition of MolecularWare, an MIT spin-off which he led as CEO from 2001 to 2004. He also serves as the chairman and president of the MIT Enterprise Forum, and also lectures at MIT's Sloan School of Management.
Califano, on the other hand, manages the operation of the SMART (Singapore-MIT Alliance for Research & Technology) Innovation Centre in Singapore. He founded and held senior positions in many companies in the US and Asia, including a stint as Consulting Director of Bio*One Capital Pte Ltd, the biomedical investment arm of Singapore’s Economic Development Board, and interim CEO of several of their portfolio companies. He was also the CEO of Johns Hopkins Singapore and The Johns Hopkins-NUH International Medical Centre.
For both the men, a key issue in any informed debate over entrepreneurship is whether it is replicable. In other words, given the same mix of factors, will there be an equal response in terms of number of commercial success? And if not, is the whole project of trying to teach entrepreneurship simply an exercise in despair?
Califano noted that though there is no recipe or ‘secret sauce’ as such, there are consistent repeated factors that successful start-ups share.
Risk without failure?
Access to early funding and advice is critical for new entrepreneurs. Kivel noted: “Finding and tapping into the VC (venture capital) and angel investor communities is absolutely critical.”
VCs who have invested their money and are keen to see it multiply will see that they continue to engage with the start-up and help see it succeed. To guard their own interests, the typical venture capitalist will not “allow you to fall into a living death situation” since that would threaten their own investment, said Califano.

To do that and exploit the wealth of experience that these communities represent, the combined energy of potential entrepreneurs needs to be channelled – something that has been successfully done so at MIT, noted Kivel.

“We’re capturing people from each department who would never have thought of starting their own business,” added Kivel, noting that these now include life sciences, engineering, computing and even social sciences grads apart from the usual finance and business admin people.
Entrepreneurship involves people with integrity, leadership, a bias to action and ability to attract talent. The theme, “it takes a village”, is echoed at MIT where entrepreneurship is widely practiced among the community of interested parties that reinforces the culture and drives further risk taking from the shared experience.
The results so far have been encouraging, to put it mildly.
In a 2009 report, the Kauffman Foundation -- a US$2.1 billion entity devoted to entrepreneurship -- estimated that MIT alumni founded 6,900 companies with revenues of some US$164 billion are located in the state of Massachusetts alone. This figure represented 26% of the sales of all Massachusetts companies.
MIT’s influence and reach of course did not stop within the state. Another 4,100 MIT alumni-founded firms are based in California, and generate an estimated US$134 billion in worldwide sales, the report concluded. Worldwide, companies founded by MIT alumni generate total revenue of US$2 trillion, making this amalgamation the 11th largest economy worldwide if they were a nation.
The power of the shared experience in this network is a potent factor driving entrepreneurship at MIT, said Kivel. Often, that means that entrepreneurs have to stop themselves from mere kiasu-ism and micromanaging as is often the case Califano has observed locally.
Four failures outweigh one success
For Singapore, the acceptance of failure as the other side of the coin for risk-taking is a cultural barrier to entry that has still not been successfully scaled, he noted.
According to Califano, the Singapore education system has its share of the blame for adding to the size and persistence of the problem. “Failure is not an option” for the education system as it is implemented here. Given the size of the economy and pool of human resources, that may well be the case as it is an efficient use of the manpower; but over the longer term, a risk adverse attitude stifles an entrepreneurship culture.
This resistance to acknowledge failure as a necessary prerequisite to success is a major drag on the long term viability of the innovation ecosystem here, agreed Kivel. He noted that in the US, a job hunting candidate with a history of four failed ventures on his CV is more likely to be hired by a potential employer than one with a record of only one success.

Why? Companies value the experience that comes with failure so that a person who’s seen it through is less likely to repeat those same mistakes, and therefore, more likely to succeed.

“Companies that see that kind of CV know you’ve been through a lot starting your own company and they can see you have the guts to risk everything. They think they can hire that kind of drive when you are on their payroll,” Kivel added.
In other words, the track record of past failures is itself a source of inbuilt rocket fuel to power the next wave of entrepreneurial success.

Another issue often debated but never satisfactorily resolved is the measurement of entrepreneurship. In terms of the business environment today – at least in many of the more established economies – there is increasing recognition that a lot of so-called social entrepreneurs are swelling the number of bona fide enterprises.
Given the lack of opportunity in these places in terms of both infrastructure and market access, the fact that many still manage to eke out a meagre living is evidence that the factors influencing entrepreneurship, its scale, incidence and success are neither universal nor simple.
Enter the SMART network as a work-in-progress to help “de-risk” early-stage technology bets that turn science into bankable dollars.
At MIT, organisations like the Global Startup Workshop help with the connection-making and subsequent informal networking among like-minded people out to prove their mettle in a real business. This platform has been carrying out activities like seminars, teaching, role modelling and connecting people into ever wider networks of reach and influence.
According to estimates provided by the MIT Entrepreneurship Center, some 33,600 companies have been founded by the university’s alumni who were still living in 2006. Out of which, some 25,800 of these companies were still in business at that point in time. Clearly, this is an extensive network which aspiring entrepreneurs would like to tap into.
No risk, no returns
“The ability to think entrepreneurially” is the decisive factor between success and the also-rans, said Kivel. But there are definite differences between the situation found in Silicon Valley and that of Singapore.
Years of bottom-up effort and official prompting has built a small eco-system of innovation. The next lap will be to see it grow into something self sustaining. Despite a relatively open innovation eco-system here, the local scene still lacks a critical depth of experienced venture capitalists with deep pockets, and the key for all these to manifest is the depth and maturity of venture capital risk-taking.

In the US-based venture capital community, the business is so well established, opportunities are so aplenty, that VCs can invest in 10 companies knowing fully well that even if 8 of them fail, the last two successes will pay for the rest and still have enough to make a tidy profit. In the Singapore and Asian context, both the deal flow and the potential depth of the venture capital community are shallower and less resilient to repeated failure to find the proverbial golden goose.

According to Kivel, the first million or so dollars in seed funding is relatively easy to get in Singapore, but it is the critical next $12-25 million needed to scale up is a lot more difficult. As a result there are many small start-ups which have been funded sufficiently to survive their first one to two years, but lack the muscle to grow subsequently. Doomed to some twilight zone and unable to expand their businesses, many of these will fail later.
Furthermore, the Asian tradition of careful and old money found in family-based businesses also seems to be a drag factor on the vitality of the venture capital scene here. In the US, “outside my office, are six to seven billion dollar funds within walking distance!” That kind of proximity and closely knit venture capital community creates its own buzz and ecosystem feeding the deal flow, said Kivel.
For both Kivel and Califano, the real secret sauce for entrepreneurship is the bias to action and the ability to get up and just do it. In Singapore, this is just beginning to cook.
About the Author
[email protected] is an online resource that offers regularly updated business insights, information and research from a variety of sources, including interviews with industry leaders and Singapore Management University faculty. The resource can be accessed at http://knowledge.smu.edu.sg.