Emerging Asia: The Future Is Bright -- and Green 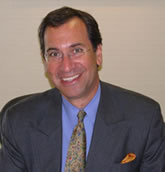 Asian prospects look bright for 2010. We expect a strong uptick in corporate earnings as the region benefits from increased demand, corporate restructuring and low interest rates. We also expect Asian economies to continue to post healthier GDP growth rates and build from the low base of 2009. Meanwhile, on the policy front we expect governments to keenly monitor inflation and use monetary tools to control liquidity as economic growth stabilises.

Greater China
China has managed to deliver more than 8% GDP growth with an infrastructure-focused stimulus plan. Manufacturing and industrial production have been revived, while welfare programmes such as increased spending on healthcare have made its citizens more predisposed towards consumption.
New bank loan growth is expected to decelerate in 2010, although it should remain at adequate levels, as China is expected to fine-tune its monetary policy to combat overheating assets. Strengthening domestic consumption continues to offset an anaemic export sector. However, trade is expected to recover in 2010 on the back of a wider global recovery.
Stimulus funding will carry over into 2010, supporting infrastructure efforts and favouring several building and construction sectors, including cement and railway equipment providers. We expect domestic consumers to drive China’s long-term economic growth, as rising income levels and favourable tax reforms address social stability. Rapidly growing rural consumption and a stable population of wealthy young adults further solidifies the growth momentum, with central authorities deregulating the financial and utilities sectors in order to encourage private investment.
New media sectors, including internet and non-traditional advertising companies, are looking to gain market share, while hospitality and travel service sectors should grow on strengthening international trade.
Improving relations with China will also continue to lift Taiwan’s economy in 2010, as market sentiment remains positive towards policy agreements, including the memorandum of understanding, as well as the economic cooperation framework agreement. Subsidy programmes in China, including the mainland’s home appliance rebate scheme, have helped to increase export demand for Taiwan’s electronics, partly offsetting global declines.
Cross-Strait relations also favour non financials, including technology companies in areas such as hand held appliances and clean energy management. The release of Windows 7 should serve as an export catalyst, helping related sectors such as smart technology, while CAPEX is expected to increase on corporate IT upgrades.
Good neighbours
Like their Taiwanese peers, Korean technology and export companies should rally on the back of a sustainable global recovery. Various subsidy programmes and low interest rates were sufficient to spur domestic consumption growth in Korea, helping the economy expand during the second quarter of 2009.
As doubts surrounding Korea’s recovery begin to peter out, monetary tightening should be expected during the first quarter of 2010 – a clear indication of both economic recovery and growth. However, a rise in interest rates should gradually lead to the appreciation of the Korean won, which might negatively affect export growth.

Domestic consumption continues to be the main growth driver in India, where tax breaks and purchase incentives have fuelled consumer demand. Project orientated infrastructure developments, including road improvements and telecom upgrades, should continue into next year as India’s government intensifies both its economic growth and urbanisation efforts.

The threat of inflation was relatively negligible for much of 2009, but the return of monetary tightening during the first half of 2010 would come as no surprise. Infrastructure development will remain a long-term economic driver while domestic consumption sectors, including automotives and housing, should grow.
Low interest rates and fiscal spending have helped cushion the impact of falling exports in Asian economies, while a weakening US dollar helps commodity names including coal players in Indonesia. Domestic demand as well as industry and construction sectors in Vietnam continue to benefit from the country’s fiscal spending, while political unrest in Thailand will continue to hurt investor confidence.
Asia turns green
Global concerns regarding climate change and C02 emissions are expected to have a greater impact on the sustainable and economic growth process during and beyond 2010. The Copenhagen Conference at the end of 2009 is likely to shift markets into a green area where both large corporations and individual consumers side towards environmental protection.
With several Asian nations currently listed as the world’s top gross polluters, greater clean technology and energy management policies are expected to take precedence. China has already incorporated green policies into its growth strategy, including urbanisation efforts that include the installation of light emitting diodes throughout city roads, and hybrid buses replacing traditional coaches.
As Asian markets enter 2010 on greater optimism than a year earlier, we expect possible interest rate hikes as economic growth returns. Government-led investments should continue to spur strong growth in the infrastructure sectors, while increasing domestic consumption should also support economic growth.
Clean technology and energy management will no doubt play a greater role in Asia’s long-term growth story.
About the Author
Hugh Simon is Chief Executive Officer of Hamon Investment Group, a unit of BNY Mellon that is based in Hong Kong and specialises in Asian equity investment.
Read more on
economic outlook