The Economics of Asia's Natural Disasters 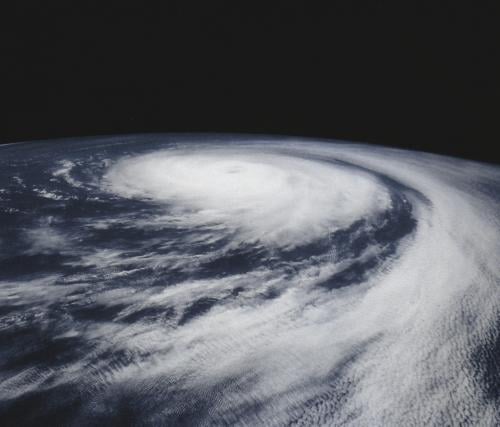 The Asia-Pacific region is no stranger to natural disasters, and unfortunately the past few months have seen an outsize number wreak significant damage in terms of human capital. As the damage is assessed and reconstruction work begins policymakers will face uncertainty about the impact of the disaster on their economies.

At this stage it appears that the economic damage is manageable. Typhoon Ketsana, which hit the Philippines in late September, and typhoon Parma, which made landfall on October 3, caused deadly floods areas where the Philippines derives 80% of its GDP. Because the destruction included heavily populated areas and the capital, Manila, the typhoons will likely dent the Philippine economy in coming months. Important corn- and rice-growing areas have also been damaged, and electricity and water have been cut off.
The earthquake and aftershocks that claimed lives, displaced families, and damaged houses, hospitals and office buildings in Sumatera Barat (West Sumatra) pose no immediate challenges to the broader Indonesian economy, which derives no more than 1.7% of its GDP from that region. Typhoon Morakot in August caused deadly flooding in Taiwan's southern provinces, and the storm damaged crops and destroyed infrastructure. Not much manufacturing industry is located in the areas the typhoon hit, but the area holds the island's largest container port.
After the loss of lives and physical capital, economies in the Asia-Pacific region hit by natural disasters may be boosted by spending on reconstruction and capacity building. However, despite the jobs created and income generated by rebuilding, government investment in physical and human capital may yield little long-run benefit. Rebuilding tends to bring infrastructure and services back only to their predisaster conditions.
Economic effects
Private consumption will be squeezed during the period of emergency and after. The breakdown of logistics will hinder supply chains and make travel difficult. A catastrophe can also reduce willingness to spend and increase the propensity to save for precautionary reasons. Lower private consumption in the disaster-struck areas will hurt the wider economy.
Changed consumer sentiment can spread wider than the area of the disaster. That said, private consumption in Thailand booked rapid growth in the quarter following the devastating Boxing Day tsunami in 2004. Also, Taiwan's August retail sales did not suffer noticeably, possibly because less than 8% of the island's GDP originated from the typhoon-affected areas.

Government spending on emergency relief and rebuilding will put fiscal budgets under stress. Rebuilding efforts have the potential to boost the economy through job creation, not unlike the effects from expansionary fiscal policy. However, where fiscal stimulus spending can increase physical and human capital in the long run, reconstruction and capacity building usually replace what was destroyed. As such, it is uncertain if it will help long-term growth. If the rebuilt infrastructure is of a better quality or provides more convenient services, or in other words, if it boosts productivity, then it could increase long-term growth.

Indonesia is subject to frequent earthquakes; they hit West Sumatra in March 2005 and March 2007. However it is hard to determine their influence on the macroeconomy. Exports and industrial production data show little effect from previous disasters. There may have been a hint of increased investment in the first quarter after an earthquake or tsunami hit, but it is difficult to distinguish between reconstruction efforts and ordinary business cycle movements.
Destruction of infrastructure is obstructing transportation and logistics, and supply chains have been interrupted. International trade flows could diminish in transport hubs. Indonesia's Padang is a centre for commodity shipping, and the earthquake could hold up outbound shipments in coming months. In the Philippines, the typhoon could hinder policymaking in the capital. Yet economies are sometimes more resilient than expected: although Taiwan's typhoon hit the island’s largest container port, trade flows were not interrupted during August.
Judging from August and September data, prices and industrial production were most affected by Taiwan's typhoon. The island is frequently hit by typhoons in autumn, and price hikes are common. Historical data shows that Taiwan is likely to experience elevated prices in coming months. For the same reasons, the Philippines will also likely report higher prices—in particular for food—when October's data are released.
Making the best from a natural disaster depends on how well the authorities restore everyday economic life and perhaps even upgrade existing capital. If authorities misdirect their reconstruction efforts, or if they lack the means to restore basic services relatively quickly, no benefit will accrue.
Although Taiwan's fiscal budget is stressed by stimulus spending, the island has room to increase spending and respond to needs created by the typhoon. Emergency relief from international donors may help Indonesia and the Philippines initially. If a boost from reconstruction comes, it will come later and depends on their ability to fund reconstruction.
About the Author
Tine Olsen is an economist in the Sydney office of Moody's Economy.com. Tine covers Taiwan, Greece and Israel. She has worked for the International Monetary Fund, the Copenhagen Stock Exchange, and the Danish Ministry of Foreign Affairs. She holds a Ph.D. from Monash University and an MSc and a BSc from the University of Copenhagen.
Read more on
credit management