Economic Outlook: 'We're Not in the Double-Dip Camp' 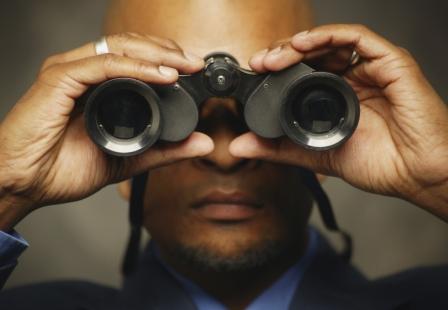 As chief investment officer for Asia of venerable Swiss private bank Pictet, Singapore-based Bhaskar Laxminarayan needs to know what’s going on in the global economy. His insights should prove useful for CFOs and other finance executives, both in the context of financial management and personal investing.

You’re saying that the financial economy can derail what’s happening in the real economy?

That can happen through many ways. It could be because the policies were re-rolled back in a much more aggressive manner or maybe interest rates were raised very quickly or maybe it was just the tone of the central banks’ [statements] . . . It could be as simple as that.
But you still think that there won’t be a double-dip recession? Perhaps just moderate growth in 2010?
Yes, but I think you should also expect price corrections, that’s a given. Do I see unemployment numbers again go past what we have seen in the past? Hopefully not. Do we see trade decline like the way we did in the last quarter of 2008 and first quarter of 2009? Maybe not. So I think that is what we have to hold on to.
I think a big part of what was done last year was to [put] a floor on this entire economic situation that’s going on. Having done so, the central banks would still stay on the course to see to it that there isn’t a double dip. I think a lot of people would expect that there would be some sort of jitters. They would be watching out for that, be it the European Union having to deal with a Greece-like situation, or what happened in Dubai, or whether it is Obama trying to dole out his plans from healthcare to finance. You should expect some amount of monthly gyrations. But as long as the underlying trend of economic activity continues to improve, I think people will be OK with that.
GLOBAL FINANCIAL SYSTEM
What about the banks, though? We saw the financial system practically grind to a halt in 2008. It was difficult and expensive for many companies to find financing. Are we back to normal?
This is not really an Asian crisis at the end of the day. If you were to look at how much assets the world had written down, it was about US$1.7 trillion [as of December last year]. Of that US$1,723 billion, US$1,100 billion was in the US while US$72 billion was in Europe. Asia including Japan had US$43 billion, and a big part of that is Japan. If you took away Japan, Asia ex-Japan, there is literally nothing.
But Asia is part of the global system.
This is why it’s important to make this distinction between the financial aspect of the economy and the real economy. What affects Asia is a downtrend in the real economies. If things like trade start getting affected, yes, that has a direct impact. But mismanagement of the banking system [in the West], it’s not a direct impact, it’s more a derived  impact because people become that much more nervous and they spend less and therefore they will therefore be buying less from Asian countries and trade will be affected.
Are there going to be more write-downs going forward?
I think we have possibly passed the peak in terms of the write-down cycle. Also, there’s been sufficient capital that has been raised against those write downs. If you were to go and look at banks in the US or even in Europe, the banks don’t look in bad shape.
Really? What about the toxic assets that we were hearing about, subprime loans, losses on derivatives?
In some form you can say they’ve been transferred [to the public sector]; in some form they have basically been written off and they’ve been cleansed through either fresh capital that’s been raised or through support from the government, from the sovereign. That is really the change that we have seen. As to how it will work out, obviously, for all financial systems and banks especially, once you take out the assets that’s not earning, and you recapitalise the banks where you giving it fresh funds, it’s as good as a new bank.
Are the banks in fact lending again?
Yes, they are wanting to lend again. Credit continues to be very slow in the Western world because the individual is trying to save more, so he is not wanting to take on additional debt. The corporate client is also trying to deleverage. But I think all those things are coming to a point where households are getting comfortable with their level of savings, and I think the corporates are also getting more confident about reinvesting, so this means they will not be deleveraging and actually start taking out more leverage.