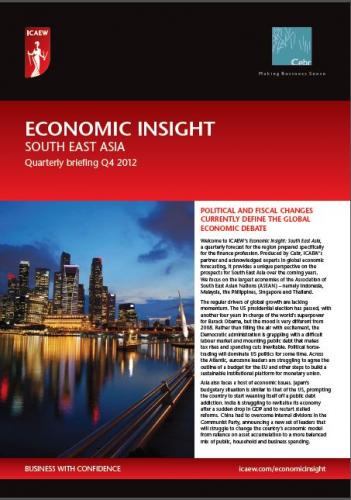 The ICAEW report expects the growth for ASEAN in the 4%–5% range until 2014, indicating that the global slowdown won’t derail the train of prosperity rolling through South East Asia.
It also addresses the situation of the main countries in the region including, Indonesia, Malaysia, the Philippines, Singapore and Thailand.