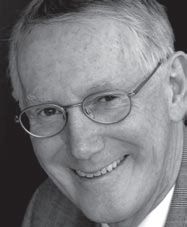 William White made waves at the opening of the Sibos 2009 international conference in Hong Kong on September 14 when he questioned the possibility of a rapid and sustainable recovery from the economic crisis. “Are we going into a W?” he asked, referring to the possibility of a double-dip recession. “Almost certainly. Are we going into an L [afterwards]? I would not be in the slightest bit surprised.”

“Yes there are some green shoots, but what’s being used to fertilise them?” White continued. “We’ve had at least 20 years of excessive monetary and credit expansion. We’ve had the same response to every crisis in that period: lower interest rates.”
Policy-makers are following a similar approach today, he said, and that is delaying a much-needed restructuring of excess capacity across a number of industries. “Half the world is geared up to provide goods and services to people who can no longer afford to buy,” said White, referring to the US and UK governments’ ‘cash for clunkers’ schemes to restart demand for cars.
White’s words carry weight because he is recognised as one of the few economists who warned publicly of the impending economic crisis. A former economic adviser and head of the Monetary and Economic Department at the Bank for International Settlements, he is now chairman of the Economic and Development Review Committee at the Organisation for Economic Cooperation and Development in Paris. In a preview interview, the publication Sibos Issues spoke to him about the challenges that still lie ahead. Some excerpts:
As we try to get out of the woods, what hidden dangers should we be looking out for?
One real danger is that many have not fully appreciated the scope of our current problems.
Recall that the ‘problem’ was first said to be limited to the subprime mortgage sector in the US. Then it was identified as a liquidity crisis in the financial sector more broadly. Then it was agreed that bank insolvency was a problem as well as illiquidity, and not just US banks, but others. Then, as economic demand turned down, there was a belated recognition of the fact that the various ‘imbalances’ generated by rapid credit growth would interact as painfully on the way down, as they had interacted pleasantly on the way up.
However, what is still far from being adequately appreciated is that this is not just a demand side problem in the real economy. It is also a massive supply side problem.
Whole industries (like autos, banking, construction, retail, container ships) are too big relative to any conceivable near term demand. Accordingly, they must shrink. This will lengthen the global recession. Everyone must accept that we are never going back to the ‘normalcy’ of the middle years of this decade – and the sooner the better.

I am not sure I would agree with your premise, that central banks have been pro-cyclical. After all, they have always resisted both economic upswings and downswings to the extent the former threaten inflation and the latter threaten unemployment rising excessively.
What I would rather contend is that central banks have not been anti-cyclical enough, particularly during periods of rapid economic growth fuelled largely by credit expansion. The conventional wisdom is that more rapid growth and associated asset price increases should be resisted only to the extent they could contribute to CPI inflation further down the road.
I think recent events have shown us that rapid credit expansion can lead to other ills that potentially threaten growth and jobs in even more serious ways. Asset price increases can collapse; financial institutions can become insolvent due to bad loans; households can run up unsustainable debts; and international trade imbalances can lead to foreign exchange crises.
These possibilities should lead to monetary policy ‘leaning against the wind’ of credit growth more vigorously than has been the case to date.
We’ve heard about ‘too big to fail’, but are some financial institutions just ‘too big, period’ relative to the economies in which they operate?
A distinction is often made between banks that are ‘too big to fail’ and banks that are ‘too big to save’.
In the former case, we are talking about banks that are so big, or so complex, or so interconnected that their disorderly failure might raise systemic problems. The implication of the ‘too big to fail’ concept is that, faced with such potential economic costs, it would be sensible for the government to provide support money for such a bank to prevent this worst case outcome from materialising.
The ‘too big to save’ concept arises from the possibility that the government concerned, say being from a small country, simply does not have the fiscal capacity to provide the support needed. In that case, a disorderly failure might occur with all of its attendant costs.
In both of these cases, ordinary citizens pay a price for having large, complex financial institutions.
A lot has been written after the event about the credit crunch. Is there anything published before the crisis that you would recommend for its prescience?
I am sure that there were many people around the world who issued warnings that I just did not hear about. However, one person I do know who flagged the dangers consistently over many years was Steve Roach [Asia chairman, Morgan Stanley] . . . And, of course, Martin Wolf [of the Financial Times] also sounded the alarm in numerous columns and speeches.
At the level of prescient warnings from public institutions, I would also recommend going back to successive annual reports of the Bank for International Settlements and the other publications on their website. In retrospect, they certainly got the big picture right. But then I would say that, wouldn’t I?
This interview was first published in the preview edition of Sibos Issues, the official daily newspaper of Sibos (SWIFT International Banking Operations Seminar) 2009 in Hong Kong September 14-18. Sibos Issues is written and produced by Information Partners on behalf of SWIFT.
Read more on
economic outlook