Dubai Inc: Assessing the Fallout From the Debt Standstill 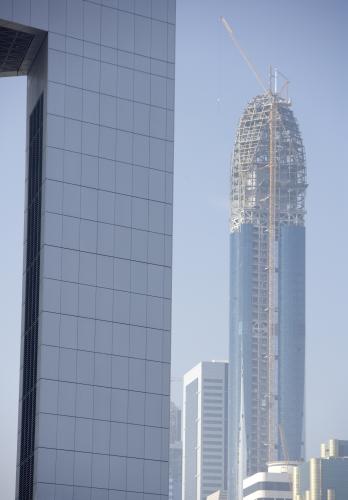 Last Wednesday (25 November 2009), the government of Dubai announced that it was restructuring the liabilities of Dubai World and requesting a standstill on the financings of Dubai World and its troubled real estate subsidiary, Nakheel. Both the announcement itself and its timing took markets by surprise and has thrown credit markets into turmoil.

Although concerns about Dubai’s rising debt burden had been well publicized, and we ourselves had repeatedly argued that the government’s decisions on Nakheel will constitute the litmus test for ratings in Dubai, the premises of our assumptions have shifted.
What Has Happened?
Our ratings were first downgraded – some by several notches – earlier last month when the government disclosed greater conditionality of support in its most recent bond prospectus, including the requirement for government-related issuers (GRIs) to demonstrate sustainable business plans and realistic prospects of fulfilling their payment obligations. The government had until then regularly expressed its support for its strategic enterprises.
This is exacerbated by the fact that – until recently – the Dubai government has been providing general assurances of support throughout the year, and only recently made use of much-improved sentiment by issuing a well-received sovereign bond.
As we do not rate Dubai World or Nakheel, we do not have preferential insight into the group. We therefore need to make some fairly crude assumptions on the basis of publicly available information. We do, however, rate DP World and Jebel Ali Free Zone, which are both subsidiaries of Dubai World.
Unfortunately, the nature of Wednesday’s announcement leaves much room for interpretation. We know that DP World – arguably the crown jewel of the group – has been excluded from the restructuring. The same applies to Jebel Ali Free Zone. Both entities have approximately USD10 billion in debt, which will not be subject to the standstill. Businesses such as DP World, Jebel Ali Free Zone and possibly DryDocks and Dubai Multi Commodity Centre are likely to represent the bulk of performing assets within the group.
The ca. USD5.5 billion situated directly at Dubai World and the USD8 billion of debt at Nakheel (as at year-end 2008) are therefore likely to be part of the restructuring. Furthermore, in our view, all entities whose debt is not supported by long-term viable cash flows are likely to be affected. This could, in our opinion, also include the likes of property company Limitless, which has known debt of USD2.2 billion.
We are therefore currently assuming a total debt restructuring amount of approximately USD 25 billion, which has since been confirmed by Dubai World at USD26 billion. This compares against what we believe to be total government and government-related debt in Dubai of around USD100 billion, and also – which is often ignored – a substantial asset base, though little in liquid form.
Why Has It Happened?
The reason why the government has gone down this road can only be speculated on at this stage. Ultimately, the government has demonstrated a willingness to potentially dismantle what was one of Dubai’s largest government conglomerates – possibly in reflection of the greater severity of the situation at Dubai World; possibly also in response to a greater determination by Abu Dhabi to take a more selective stance towards the entities it is willing to bail out in Dubai.

We would be astonished if a decision as significant as this one had been made without the prior knowledge of Abu Dhabi. A collaborative decision would thus represent a clear attempt by Abu Dhabi to limit its own contingent liabilities.

Whilst Abu Dhabi continues to provide new funding to Dubai, it also demonstrates that it was not willing to provide blank cheques to all of Dubai’s struggling entities. The question of viability therefore becomes crucial to the decision-making process.
Whilst we have seen numerous companies obtain financial support throughout 2009, all of these were arguably viable businesses. The same could not be said of Nakheel, nor indeed for many of the other speculative undertakings grouped under the Dubai World umbrella.
At this point, we still do not know whether the debt standstill will lead to a gradual winding-up of the company, including potential fire-sales of assets; or whether different restructuring options are being considered, including a possible timely repayment of the Sukuk. Given the highly strategic nature of some of the group’s assets, including the port operator, we would be surprised if we saw such businesses being sold cheaply into international hands.
However, given the newsflow since last Wednesday, we believe it can now be safely assumed that the government will stick to its decision of sharing the burden of this process with Dubai World’s creditors.
Philipp Lotter
Senior Vice President
Corporate Finance Group
Moody’s Middle East
Concluding Remarks
1. The Dubai World episode is a very significant local event that affects the premises that underlie our assumptions regarding public support for corporate GRIs. While we do not rate Dubai World or Nakheel, we have adjusted our support assumptions based on the uncertain nature of policy formulation in Dubai and the difficulty in interpreting the local authorities’ pronouncements.
2. These developments and Moody’s subsequent downgrades have shifted a good part of Dubai’s activities into high-yield territory, and will likely affect Dubai’s financing conditions and overall strategy for an extended period.
3. Given our expectations that financing conditions will remain durably hostile for Dubai Inc, a question will be whether asset disposals overseas can realistically help mitigate financing difficulties. Should such a route be taken, we will closely monitor the repercussions in the countries and sectors where such asset sales take place, and also whether these would weaken the otherwise robust Dubai GRIs that would be stripped of their assets.
4. The direct impact for banks locally and regionally, while significant, should be mitigated by the large-scale support provided by the federal authorities; the impact for international banks meanwhile is discernible but not material.
5. The rating of the United Arab Emirates, which is underpinned by Abu Dhabi’s considerable balance sheet strength, is not threatened. Indeed, the “selective support” strategy, while clearly fraught with operational difficulties, somewhat protects Abu Dhabi’s finances.
6. The Dubai World default, which is essentially an effort to ring-fence government finances, cannot realistically present a contagion risk for other sovereign states globally. However, the Dubai World episode acts, on the one hand, as a reminder that some governments have stretched their balance sheets beyond comfortable levels during the crisis – and, on the other, also presages that 2010 is likely to see more bouts of volatility as governments start implementing exit strategies from their protective policies.
Pierre Cailleteau
Managing Director
Sovereign Risk Group
Moody’s Investors Service
This article is excerpted from a Moody’s Special Comment report, which is based on the prepared remarks presented by Moody’s analysts during two teleconferences for investors held on 1 December 2009.
Read more on
credit management financial management