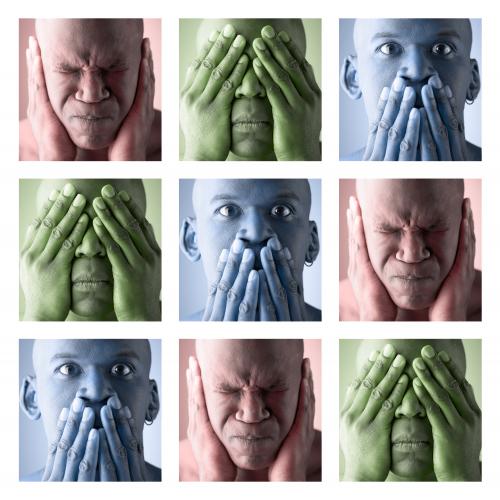 Last week, the markets suddenly took into their collective head that the world was ending. Equities, currencies and commodities took a severe beating. Panicked investors ran for the exits as the US Federal Reserve announced a ‘Twist’ operation to buy and sell US$400 billion of Treasuries because the economy was weaker than expected.
The US move coincided with renewed fears over a sovereign default in Greece. Credit-default swaps, which are bought by investors to protect against soured loans, indicated a 94% probability that the Greek government will default on its obligations within five years.
By September 23, the MSCI All-Country World Index had plunged by 7.6% and the Asia Pacific Index by 7.1%, bringing world stocks into bear market territory. Gold fell 6.3%, copper slid 5.2% and oil slipped 2.4%. Asian currencies experienced their largest falls since the Asian financial crisis in 1998.
US Treasury Secretary Tim Geithner warned that the loss in confidence in Greece and the European response to the crisis threaten to spawn “cascading default, bank runs and catastrophic risk.”
World Bank President Robert Zoellick was also deeply worried. “A crisis made in the developed world could become a crisis for developing countries,” he said. “Europe, Japan and the United States must act to address their big economic problems before they become bigger problems for the rest of the world.”
CFO Innovation’s advice to CFOs to be ready for a 2012 Great Recession now looks prescient. Our call was based on prognostications by investors such as John Taylor of FX Concepts, the world’s largest currency hedge fund, and Mohamed El-Erian of Pacific Investment Management, the globe biggest bond fund, as well as the findings of the CFO Innovation Business Outlook Survey for the third quarter of 2011
What Do CFOs Think?
So it is a timely coincidence that fieldwork for our survey for the fourth quarter has just ended, capturing the period from 6 September to 26 September 2011. Perhaps not surprisingly, the initial findings paint an alarming picture. Fully 51% of the 215 CFOs we polled said they are now less optimistic/not optimistic at all about the prospects for the local economy where they are based – the highest proportion ever since we started this study in September 2009.
Click to enlarge

Curiously, however, the pessimism on the economy has not translated to the company level. Asked how optimistic they are about the growth prospects of their own company, a third of the respondents (33%) say they are more optimistic or very optimistic, while 30% have unchanged expectations from the third quarter.
But 37% are less optimistic or not optimistic at all – up from 26% in the third quarter survey. Note, though, that the level of own-company pessimism is 14 percentage points lower than the level of pessimism on the economy where the respondent is based.
Click to enlarge

Economic Malaise, Robust Companies
What’s going on? Are Asia’s CFOs saying that the macro-economic environment has no effect on their company’s growth?
The gap between CFO views of the economy and their expectations of the prospects for their own company is actually nothing new for the CFO Innovation Business Outlook Survey series. Since third quarter 2010, the region’s finance executives have been consistently optimistic about their own company’s prospects even though they are pessimistic about the local economy.
Click to enlarge

It is tempting to think that a sizeable number of companies in Asia are immune from economic ups and downs. But of course this hypothesis flies in the face of experience. A more likely explanation is that the Asia CFO’s view of one or the other is less accurate.
If so, the respondent’s expectations of own-company growth is probably the more reliable gauge just because of the greater visibility finance executives have of their company’s sales pipeline, actual and forecast results, and a plethora of other data within and outside the enterprise.
Don’t Panic
This is not to say that the macro-economic environment has no effect on company bottom lines. Asia’s experience during the recent global financial crisis (GFC, in the parlance of financial circles), and more so the 1997 Asian financial crisis, should put paid to that notion.
What the latest Business Outlook Survey results seem to be telling us is that the current fear and loathing in the world’s markets are, at the moment, just that – negative sentiment. Greece has yet to default. The European banks that have exposure to Greek debt are still standing.  The “cascading default, bank runs and catastrophic risk” that Geithner so pungently warned about have yet to happen.
On September 27, the Greek Parliament was due to vote on a property tax that can help convince the European Union and International Monetary Fund to release more money to help Greece service its debts. The markets calmed down a bit on the same day. As of this writing, at mid-day, South Korea’s Kospi had risen 4%, Hong Kong’s Hang Seng by 2/5% and Japan’s Nikkei 225 by 1.8%. US stocks also gained overnight.
Sensible Strategies
A double-dip recession may yet happen. Indeed, GFC redux is looking more likely by the day.
For now, though, Asia’s CFOs appears to be very rationally looking at their own-company data rather than palpitating at the hysterical macro-economic environment. They do not seem to be panicking and are not ditching growth strategies.
Asked what their company’s strategic focus will be in the next 12 months, six out of ten of the senior executives surveyed rank expansion to new consumer segments and/or geographies (65%) and renewing focus on sales, marketing and distribution (62%) as top-three priorities.
At the same time, reducing overheads (41%), strengthening managerial and operational capabilities (38%) and cutting direct costs (36%) are also key priorities.
Click to enlarge

Quite sensibly, Asia’s companies are continuing to focus on growth despite the atmospherics of the markets, while not forgetting cost-management strategies. There will be time enough to switch priorities if GFC Part 2 happens – and if the resulting disruptions will also contaminate Asia’s robust economies.
About the Author
Cesar Bacani is Editor-in-Chief of CFO Innovation
Read more on
economic outlook business outlook