Do Looks Matter in Getting Promoted to CEO? 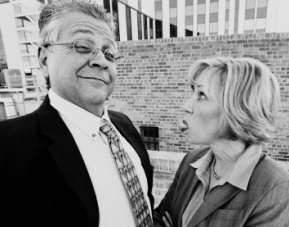 Not all CFOs want to become CEOs, but I have met enough senior finance executives to conclude that many harbour ambitions to rise to the top job. And why not? The way the CFO’s job has been evolving, he or she often now stands at the nexus of every important part of the company, from strategy to budgets to HR to IT to sales and marketing to production.

The CFO has also forged relations with the board, sometimes directly reporting to influential directors. Indeed, the CFO almost automatically gets included in the short list of many CEO-selection committees. There is no dearth of recent examples of CFOs-turned-CEOs, among them PepsiCo’s Indra Nooyi, Chua Sock Koong at SingTel, James Bell at Boeing, José Luis Duran at Carrefour and Kewal Kanda at Pfizer India.
So I was intrigued when researchers at the U.S. National Bureau of Economic Research, the organisation that determines when U.S. recessions start and end, published a new study entitled “A Corporate Beauty Contest.” The research focused on one question: Do facial features matter in the selection of a company CEO? The findings by John Graham, Campbell Harvey and Manju Puri suggest that, yes, the way you look can influence whether or not you will end up with the top job.
The study also suggests that looks influence how much CEOs get paid, too. Those CEOs the respondents judged to be competent-looking tend to be working with bigger companies, compared to CEOs judged as less competent-looking, who tend to work in smaller firms, and thus are likely to receive a less sizeable compensation package.
Beauty premium
The researchers note that previous studies indicate that there is a “beauty premium” in the workplace. For example, Daniel Hamermesh and Jeff Biddle found in 1994 that workers of above-average beauty earn more than workers with below average looks. In 2005, Alexander Todorov and three colleagues demonstrated that the appearance of being competent is a good predictor of the outcome of U.S. congressional elections.
“The appointment of a CEO is often a heavily contested process,” Graham, Harvey and Puri observe. “This situation differs from that of politicians insofar as there is not only a long track record available on chief executive candidates and the eventual winner, but the decision as to who is appointed CEO is likely made by a handful of people intimately familiar with the track record of the CEO candidates. In such situations, where there is ample information about past record and performance, and the decision is made by a handful of informed people, do looks still matter?”
To answer the question, they designed a web-based study involving about 2,000 business and graduate students who were shown pictures of actual CEOs and non-CEOs of the same gender, race, and of similar age. The respondents were asked to assess the appearance of the CEOs and non-CEOs on four dimensions: beauty, competence, trustworthiness and likeability. The respondents were also shown pictures of CEOs of large firms and small firms and asked to assess their facial traits on the same four dimensions.
Sorry, baby face
The results were intriguing. “We find two facial traits that consistently distinguish between CEOs and the control group [of non-CEOs]: competence and likeability,” the researchers write. “Our results indicate that individuals who appear more competent and less likable are more likely to be CEOs. We similarly find these two traits are also significantly related to the CEO heading a larger company.”
What do CEOs who are perceived as competent and not very likeable look like? They are not baby-faced – they do not have large, round eyes, high eyebrows and a small chin. Previous studies have shown that these traits “are positively correlated with perception of naïveté, honesty, kindness and warmth,” notes the report.
“CEOs are generally viewed as being more mature-faced as opposed to baby-faced than are non-CEOs,” the report goes on, “and this visual maturity is positively correlated with the perception of competence and negatively related to the perception of likeability.”

The study does not explicitly describe what “mature-faced” is like, but it is presumably the opposite of baby-faced – perhaps lined rather than smooth; small eyes rather than large and round; low rather than high eyebrows; large chin, rather than small; balding, thinning and silvery hair, rather than full-haired (though babies, let us not forget, don’t have much in the way of head topiary, at least in the beginning).

A makeover?
Before you rush out for a plastic surgery, though, we should ask the question: Should this research be taken seriously? I’m a bit sceptical. As a practical matter, I understand why students and not, say, board directors, were asked to be the respondents. But it seems a stretch to extrapolate board-level decisions from student perceptions. Moreover, the basis for those perceptions seems rather superficial. How much validity, really, can you ascribe to judgements based on photographs?
Then again, it’s a fun study to read and speculate about surface truths. When you come to think of it, there seems to be a kernel of truth in the observation that looks matter in the workplace. How many of us have noticed how much faster attractive co-workers seem to get promoted compared to ordinary-looking folks and the downright ugly?
Intuitively, it is probably important for the CEO to project the appearance of being competent to inspire confidence within the organisation and among clients and customers. I’m not too sure about how to project an air of being unlikeable, though. Aspiring CFOs should probably lay off that one. It can be too easy to slide into being downright hateful.
The best combination would be to look competent – and be competent. As they say, inner beauty shines through to animate even the most ordinary features. Looking competent will help, but being actually competent is far better.
About the Author
Cesar Bacani is senior consulting editor at CFO Innovation.
Read more on
economic outlook