Customer Service: How Asian Firms Can Do Better 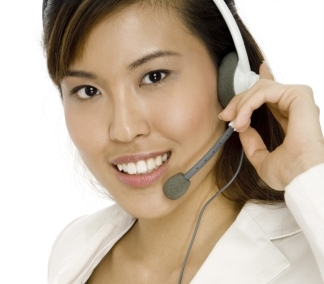 A young, pretty lady interacts cheerily with her customers in the advertisement. The copy suggests efficient, personable service with a smile. The website is pleasant and professional. But call in with a query and you might, instead, find yourself talking to a machine that reads FAQs.

There is a gap that lies between 'how-we-imagined-it' and 'what-is'; perhaps aggravated by marketing communications designed to romanticise how service ought to be. While marketing can certainly help to elevate (and up-sell) various brands of offerings, what happens when organisations fall short? More importantly, how might organisations close this perception-reality gap?
Service is instinctive and emotional. We know how to differentiate, quite naturally, good service from poor service at the point at which we experience it. Lest we forget, service providers also consume service, so they can definitely appreciate the consumers' points-of-view. So why does service persist as such a major challenge for most organisations when it is a universally understood notion?
Robert Johnston, academic speaker at the recent announcement of Customer Satisfaction Index of Singapore (CSISG) 2009 rankings, has this response: Perhaps our natural ability to take the customer viewpoint disables temporarily when we punch in at work – the part of the brain that allows us to see things from the customer's perspective disappears.
Johnston, who is Deputy Dean at Warwick Business School, University of Warwick, explained that this paradox is due to dissimilar points of view and interests. When wearing the customer 'hat', we look at the organisation "outside-in"; when in the employee 'hat' we look "inside-out". So the only way for service organisations to close the gap, according to him, is to look and think “outside-in”.
So Simple, Yet So Difficult
Having conducted service and operations research all over the world, Johnston found that great service organisations share a common trait, which, as he puts it, is "a total lack of complacency – not only were senior managers often self-deprecating, they were also always saying that they're not so good and that they've got a lot to learn." In contrast, the next tier of service organisations would think they are very good, but they are not.
Good service is simple and straightforward – more so than we make of it. Following a study which involved 160 focus groups, Johnston realised that most customers did not care for service that "exceeded expectations" or the proverbial "extra mile". They simply wanted what they have been promised. For organisations, this means "doing what it said it would do, reliably, consistently". The catch, however, is that most service personnel, and indeed many organisations, do not seem to know what their 'promise' to the customer entails.
Johnston recounted an interview where he spoke with four service managers at a Singapore-based organisation. All four were tasked to write down what it was that they were promising to customers – things that they must fulfil on behalf of the organisation. As he had expected, while the managers knew their jobs, they all had somewhat different descriptions of their promise. "If we are not clear what it is we are delivering, how on earth can we expect our customers to know – and further, how can we ever hope to deliver our promise?" he asked.
Another major issue that Johnston had identified was the ongoing tensions between the front-end and back-end of organisations. While people on the front lines may try their best to please the customer, they are often held back by the organisation's back-end; systems, policies, procedures, human resources, lack of training, technology… what he terms as "management stuff". Such tensions are exacerbated by organisational short-sightedness.

Over the past year, for instance, when most of the world experienced financial gloom and business leaders set out to cut costs, most organisations opted to slash budgets in percentage terms. While viewing budget cuts in percentages may work suitably for the financial controllers, the converse may be true for other organisational functions. "If you want to cut costs by 10%, you take 10% off everything and guess what – everything gets 10% worse," Johnston noted. "The bright minds are the ones who realise that service is the answer."