Corporate Strategy: When Asia Transforms Into the West 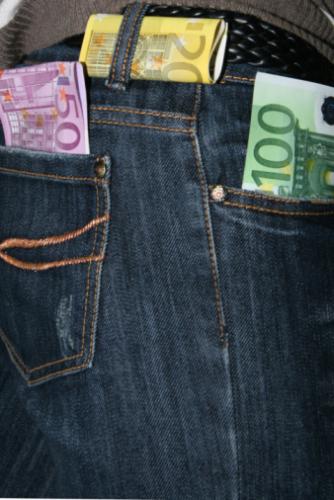 It was 2009 and the global financial crisis was looking worse by the day. S. Venkateswaran, Group Finance Director at family-owned Hong Kong garments original design manufacturer Mulitex, was steeling himself to do something that’s never been done before in the company’s 40-year history: fire employees.

“We are forced to retrench people for the first time,” he said at the time. “We’re cutting bonuses and salaries. We’re curtailing everywhere we can curtail, including capital investment.” The company’s offices in the U.S., Europe and South America were projecting lower and lower sales numbers. Based on that intelligence, Venkateswaran expected revenues to fall 30% to 40% in the fiscal year to March 2010.
Cut to 2011, two years later. The CFO is much happier. “We were all too pessimistic,” he says now. Sales were still down 20% in fiscal year 2009, which was bad enough, but nowhere close to the feared 30%-40% fall. For the fiscal year to March 2011, Venkateswaran expects revenues to come in at around US$250 million.
“We’ve recovered everything,” he says. “We are back to the old levels overall as a group.”
It’s a refrain you hear from almost everyone in Asia. Chinese computer maker Lenovo reported earnings of US$129 million in 2010, versus a loss of US$226 million in 2009. Japan’s Toyota Motor, which lost US$4.3 billion in 2009, had profits of US$2.2 billion last year. And regional clothing retailer Giordano, which saw earnings fall nearly 8% to US$37 million in 2009, saw profit soar 86% to US$69 million in 2010.
The question is whether this corporate recovery can be sustained in 2011. The more long term question is whether companies are positioning themselves now in an emerging world where domestic consumption in emerging markets like China and Brazil are much stronger drivers of global economic activities -- even as the economic role of the West is beginning to diminish.
Short Term Challenges
Relatively unscathed by the global financial crisis, Asia’s economies expanded last year, with Chinese GDP surging 10.3% and India’s growing 9.5%. But the U.S. economy remains fragile and Greece, Ireland and Portugal – and possibly the much bigger Spanish economy – threaten to destabilise Europe.
In Asia, the earthquake, tsunami and nuclear accident that triple-socked Japan in March raise questions about the long-term impact on the Japanese economy and the knock-on impact on the rest of Asia and the world.
The spike in oil prices and other commodities is yet another business risk. “2011 will see the prices of most commodities rise, as the rise in global GDP bolsters demand, led by emerging economies,” Pascal Lamy, Director-General of the World Trade Organisation, recently said at a UN conference in Geneva.
The surge will be most pronounced in crude oil because of contracting global inventories, said Lamy, along with copper, gold, corn and soybeans. Indeed, crude oil has shot up from US$61.65 per barrel on average in 2009 to US$104 on March 30 this year – up 69%. The U.S. Energy Information Administration forecasts crude prices to average US$101.77 this year and US$104.75 in 2012.
Mulitex is already getting hit by the big movements in the price of cotton, a key input in garments. “It’s gone up too fast and too soon,” says Venkateswaran. “Cotton has gone up more than 300%.”

The price of the commodity reached a historic high of US$2 per pound in February, from an average of US$0.60 in the past ten years.

Mulitex is unfazed. “That’s the cycle that you have to go through,” shrugs Venkateswaran, who has been in the garments business for decades. Because everyone in the industry is affected, no one company, in theory, will be at a competitive disadvantage.
But enterprises do need to manage through the volatility. Mulitex is temporarily cutting back on production because it expects buyers that normally order 10,000 dozens of a product, for example, will now purchase 5,000 dozens instead, in the hope that cotton prices will later come down or stabilise.
Venkateswaran believes that hoarding and speculation are partly to blame for the stratospheric prices, a bubble that will inevitably pop sometime. He expects prices to stabilise or fall in the middle of the year. When that happens, Mulitex will be ready to resume full production.
Long Term Positioning
The CFO’s confidence is also bolstered by the tweaking of Mulitex’s business model, which has been happening even before the global financial crisis. The company is accelerating the build-up of its non-garments business, which now accounts for about a third of revenues, and the refocusing of sales to emerging markets, rather than to the U.S. and Europe, as in the past.
Through subsidiary Star Glory Ltd., which was acquired in 2004, Mulitex is boosting distribution of Western-branded goods such as Ed Hardy backpacks and bags, Benetton fashion accessories and White Westinghouse appliances in Asia. “We’re now bringing in Versace bags and other accessories,” says Venkateswaran.
It is a recognition of rising domestic consumption and affluence in Asia, and the increasing appeal of branded items to a newly empowered middle class. “We’re getting international brands from Europe and the U.S. and distributing them in Asia, particularly China, India, Hong Kong, Japan, Korea and Taiwan,” says Star Glory CEO Arun Mahbubani.
Mulitex is not abandoning garments, which is after all the business it knows intimately. The company has long been manufacturing jeans, jackets, shirts, dresses and other pieces of clothing from designs by private-label clients in the U.S. and Europe.
However, it also recognises the shift in the economic centre of gravity from the West to the emerging markets, so the client mix is changing too. South America now accounts for 60% of revenues from garments, from 50% in 2008. “South America has done very well, Brazil especially, Chile, Peru, Argentina, Venezuela,” says Venkateswaran.
South America’s share might climb to 65% this year, the CFO adds, with the “still struggling” U.S. accounting for 20% of sales. “We also [get orders] from China, Taiwan and Singapore, but very small quantities. As of now our focus is to source from [rather than sell to] Asia, because our strength has always been to [serve private labels in] other parts of the world.”

Mulitex is also changing its sourcing profile in anticipation of more economic and other changes. It used to manufacture garments exclusively in China. The focus now is to source from Bangladesh, Vietnam and India as well.

“If you want to make Boeing aircraft or want to send out rockets into space, there are engineers in China,” says Venkateswaran. “But we are looking for low-cost labourers and they are going down in number because of the single-child policy. Shifting out of China is the only long-term solution.”

What will not change, hopefully, are the initiatives put in place in response to the global financial crisis, which Mulitex believes will help it make sure profits remain sustainable in the short and long term.
First is the cut in employee numbers. During the crisis, staff numbers at Hong Kong headquarters declined by 20% to around 240. “A large company always has extra fat,” Venkastewaran observes. “There are people who are not put to full use.” He says there will be no return to “all that nonsense.”
The crisis also gave Mulitex the chance to reassess the credit quality of its customers. “In good years, you’re not very strict on the real limits that you set,” says the CFO. The basic solidity of counterparties is revealed during bad times.
Mulitex categorises its customers in five bands from ‘A’ to ‘E’. During the crisis, “there was a gradual deterioration in the quality of customers, which was sad but not unexpected,” says Venkateswaran. Mulitex stopped taking orders from D and E buyers, while the credit limits allowed ‘C’ clients was slashed from US$500,000 to US$200,000.
“Luckily the slowdown gave us an opportunity to do that cleaning up process,” says Venkateswaran. “Ds and Es are basically gone.” Today company policy is to take on only ABC customers.
He concedes, thought, that it takes three or four rounds to confirm that a customer is really ABC and not “an E masquerading as an A.” That’s because many Mulitex clients are privately owned and thus disclose only minimal financial information.
When Asia Becomes America
Mulitex is itself a private company controlled by Hong Kong’s Mohinani family. Are there plans to do an initial public offering?
An IPO is a two-to-three year process, says Venkateswaran. “You ought to start at the low and then get listed at the high so you get to command the premium that you deserve. Right now we feel the cycle has gone up substantially, and this is not the time that we would like to start the process.”
Instead, it is a time to position the company in the emerging global order, where China has become the world’s second-largest economy, replacing Japan, and large emerging markets are coming to their own even as the developed West appears to be reaching the limits of growth.
“The world is changing,” says Star Glory’s Mahbubani. “Europe is going to become like America, America is going to become like Africa, Africa is going to be like Asia, and Asia is going to be like America.”
If – or when – that happens, Mulitex is positioning itself now to make sure it is on the right side of the business ledger.
About the Author
Cesar Bacani is Editor-in-Chief of CFO Innovation.