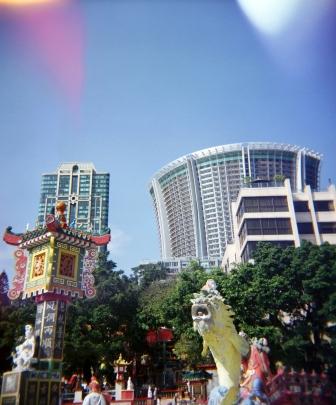 In Asia, one of the poster company stories about corporate governance is one about Korean Air, as recounted in the 2008 book Outliers by American author Malcolm Gladwell. In the 1980s and 1990s, the flag carrier experienced a series of fatal plane crashes. One of the reasons, writes Gladwell, was the inability of junior flight officers to challenge a captain’s actions, even when disaster was imminent.
“Among Korean Air flight crews, the expectations on layovers used to be that the junior officers would attend to the captain to the point of making him dinner or purchasing him gifts,” Gladwell wrote. “As one former Korean Air pilot puts it, the sensibility in many of the airline’s cockpits was that ‘the captain is in charge and does what he wants, when he likes, how he likes and everyone else sits quiet and does nothing.’”
Korean Air was able to change this mentality, note Victor Smart and Gillian Lees, co-authors of a new report by CIMA, the Chartered Institute of Management Accountants. But “a similar culture is still prevalent in many Asian companies,” they assert. “Asian society’s lack of transparency creates a fertile ground for corruption, too,” they write in Global Perspectives on Governance: Lessons from East and West.
“Without open tenders or other checks and balances, for example, the temptation to offer incentives such as kickbacks to seal a deal can be overwhelming. The same is true for employees whose success rests on their relationship with their superiors.”
The surprise, though, is that CIMA does not necessarily see this Asian mentality as automatically all bad. Smart and Lees quote John Hooker, professor of business ethics and social responsibility at the Tepper School of Business at Carnegie Mellon University in the U.S., who believes that corruption may actually be good business in Asia. “We typically identify corruption with side-payments, cronyism and nepotism, but all those activities can be entirely legitimate when practised responsibly in the right cultural context,” Hooker writes.
“A purchasing agent in Taiwan may award a contract to an old friend rather than the lowest bidder because the friend can be trusted to deliver a good product. That kind of responsible cronyism (known as guanxi) has been a foundation of business in Taiwan [and indeed in East Asia as a whole] for centuries. It becomes corrupt only when the agent favours friends simply because they are friends, rather than because they can be trusted to do the job right.”
East and west
The correct approach is to balance the eastern and western approaches to corporate governance, argues Aubrey Joachim, the Australia-based CIMA president. In Hong Kong recently, he told CFO Innovation: “I was born in Sri Lanka so I know how it works in that part of the world. The reason why you give a contract to someone you know is not because you’re trying to do him a favour; it’s because you can put pressure on him if he’s not delivering. You don’t need to go to a lawyer and wave a whole contract document. You can pick up the phone and tell the guy, ‘Please get your act together,’ and it will be done because of the relationship.”
That said, CIMA recognises that the Western corporate governance structures in place in many parts of Asia, particularly in the developed markets, have a role to play. Appointing independent directors and having them head audit and compensation committees, issuing codes of conduct, being transparent and forthcoming with company information – all of these can be made to work alongside the Asian way of doing things, says Joachim.
How? CIMA approaches the issue in terms of two sets of priorities and responsibilities: people and behaviours (the Asian way), and frameworks, processes and structures (the Western way). According to CIMA, “the many previous official reviews of governance have led to the codification of the roles and responsibilities of boards, and those of their risk and other sub committees. But recent events have demonstrated that structures and processes, while useful, are insufficient by themselves and that behaviour is crucial.”
The solution, says Joachim, is to focus on people and behaviours, inculcating values and ethics so those responsible for corporate governance – that would be the board, management and most everyone else in the organisation – are able to make the frameworks, processes and structures work as they are designed to work. If those players are ethical and have the best interest of the company and shareholders at heart, they will act according to their internal moral compass, and in so doing, execute the intentions of the Western-style structures and processes within the Asian context.

“You may have all the accounts, all the performance metrics, all the regulatory items in evaluating two suppliers,” he says. “But there are intangibles, risk factors. You can make the judgment that if I give it to this person who is asking for $10, I have this much risk; if I give it to that person who is asking $20, I have lower risk. If you are doing due diligence in that context, that’s where you’re applying some of these frameworks and processes, but you’re applying a little bit of people and behaviours as well. There’s a balance.”

The key is to have done the due diligence and being transparent about it. The company should be able to explain to stakeholders why it decided to award the contract at a higher price to someone that the decision-maker knows, who is perhaps even a close relative. “This is not against the law,” says Joachim. Of course, if it were, management should not do it all – just as companies should not resort to bribery and corruption. It’s fine if done within the confines of the law and the strictures of corporate governance frameworks and processes, however.
Asian values
What CIMA wants to see is the preservation of positive Asian corporate values within the Western-style corporate governance framework and processes. “Are Eastern cultures and organisations going too far and abandoning all their philosophies, the [focus on] trust and relationships?” Joachim wonders. “Look at the Tata Group, still in business after 142 years on the fundamental philosophy that if you do good for the community, then everything will be taken care of. You have to be a good corporate citizen; profit becomes a secondary motive.”
Toyota, on the other hand, is going through a bad patch with the massive recall of its vehicles in the U.S. and other places. “The fall of Toyota was because they abandoned that principle [of being a good corporate citizen],” Joachim asserts. “They got focused on shareholder value, profit, solely. It is not wrong to focus on profit. To profit at the expense of everything else – that’s perhaps within [Western-oriented] rules. But is it the principled thing to do?”
The other thing that CIMA emphasises is optimised business processes and good financial results. “You can’t divorce governance from business performance,” says Joachim. “If your company is most efficient, it does not feel performance failures and therefore it does not have to do the wrong things. If they’re performing well – a good product, right market, right opportunities, right cost structures – they will survive. They don’t need to do the wrong thing.”
And that includes junior people questioning pilots and senior executives when they think things are going wrong in the company.
About the Author
Cesar Bacani is senior consulting editor at CFO Innovation
Read more on
governance accountancy bribery and corruption human capital management