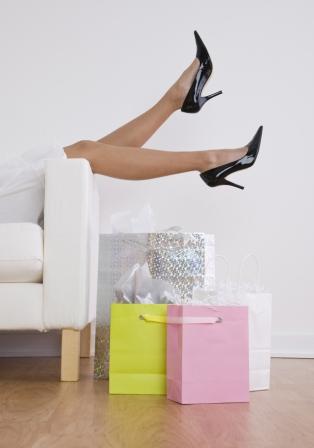 Every month for more than a decade, BofA Merrill Lynch has been polling some 300 institutional, retail, and hedge fund managers around the world about their allocation for assets, outlook on the on the economy and their expectations of the corporates they invest in. The results for January 2010 have just been released.

The key message to CFOs: Fund managers are now urging companies to invest more in growth and less in repairing balance sheets. For the first time since the middle of 2006, capital investment now heads the list of what investors want to see companies do – ahead of reducing debt and returning cash to shareholders.
Start Spending, CFOs
Four out of ten of the 209 respondents, who among them manage a total of US$539 billion in assets, rank capital spending No. 1 in the list of priorities of businesses. Bolstering the balance sheet, the investors’ top-ranked priority in the past year-and-a half, has now dropped to second place.
A net 55% of the panel believe that businesses are currently under-investing. In the December survey, a net of 48% made the same judgement. They would not mind businesses taking no more debt to finance the capex they want to see. A net 15% of the investors surveyed say that corporate balance sheets are under-leveraged anyway. Only 9% believe this to be the case a month ago.
In its analysis, the Merrill Lynch researchers linked the investor desire to see increased investment in growth to improved optimism on corporate earnings. A net 63% of global investors expect profits to rise by at least 10% over the next 12 months. That’s significantly higher than the net 46% who held the same view in December. The outlook for margins is also positive, with a net 40% of the fund managers polled predicting improvements in operating margins.
Great Expectations
“This survey is one of the more bullish we have seen and suggests that investors buy into the idea that this recovery has legs,” says Gary Baker, head of European Equities strategy at BofA Merrill Lynch Global Research. But there are warning signs, too. “We are seeing early signs that might alert contrarians looking for a selling opportunity – namely low cash allocations and possible complacency against a sell-off in stocks,” said Michael Hartnett, the investment bank’s chief global equities strategist.
For now, the bulls seem to be in the ascendant. For the first time in four years, investors are taking above-average risk relative to their benchmark. The BofA-ML Risk and Liquidity Appetite Indicator, which measures the propensity of the survey’s respondents to take on risk, now stands at 46 points. That’s more than one standard deviation above the long-run average.
Fewer respondents are protecting themselves against a fall in the value of equities. A net 55% of the investors surveyed indicate they have no protection at all against an implosion in the next three months. The unprotected proportion in December was a 48%.
Average cash balances have fallen to 3.4% of total assets, the lowest reading since mid- 2007. It’s down significantly from 4% in December. The appetite for stocks is strong. A net 52% of respondents who are asset allocators are overweight equities, up sharply from a net 37% last month.

The survey also confirms the trend of portfolio managers turning to ‘laggard’ sectors and regions that they have shunned in recent months, says Merrill Lynch. Japan, for example, is back in favour. Optimism over the economy and earnings has picked up since November. A net 63% of the regional panel --  this is comprised of 169 fund managers managing US$404 billion in assets – expect a stronger Japanese economy in 2010, more than double the 30% who expressed optimism in the November survey. A net 87% anticipate improved corporate earnings, up from 59% two months ago.
At around net 47% of global asset allocators overweight in emerging markets, investor positioning in emerging market equities are at “historically extreme levels,” according to Merrill Lynch. “So any correction in global equities would be felt deeply in emerging markets.”
EMEA – Europe, the Middle East and Africa – is now the most preferred emerging markets region, thanks to heavy overweighting in Russia and Turkey. Compared with the December results, fewer global respondents now overweigh China, Korea and Indonesia, although more than a tenth still favour these three Asian economies. The least favoured Asian emerging markets among global fund managers are Malaysia, India and Taiwan.
Respondents based in Asia Pacific have also scaled back their overweighing of China and Korea. Unlike their global counterparts, they are slightly overweight India. Asia Pacific investors are underweight Australia, Malaysia, New Zealand, Philippines, Singapore and Thailand.
Attracting the Big Boys
Can companies in Asia benefit from the much improved investor sentiment? Perhaps so, if they are in right market and industry sector. Global fund managers are focused on the emerging market consumer, with consumer discretionary (for example, cars, restaurant dining, luxury goods) and consumer staples (food and beverage, tobacco) as overweights. Asia Pacific investors are overweight in technology, retail, energy and materials.
For CFOs in Asia who want to attract institutional money, the message seems clear. Your chances may be higher if your company focuses on the consumer and technology, energy and materials in China, Korea and Indonesia – and you are not afraid to add a bit of leverage to the balance sheet and invest in growth.