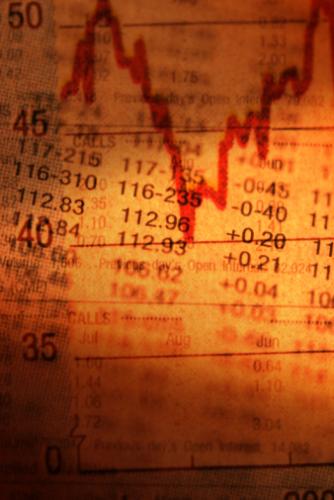 When Brazil’s Vale, the world’s largest iron ore company, listed depositary receipts (DRs) in Hong Kong in December, it marked a watershed of sorts for Asia’s CFOs. A new and liquid market has now joined traditional DR leaders New York and London for capital-raising and other purposes.

Which market or markets should the DRs be registered and traded? Again, it depends on the company’s goals. If the aim is to complete an M&A transaction, the DR programme will be established in the market where the other company’s shareholders are.

If the aim is to raise the company’s profile among U.S. investors, the OTC Markets is an option. Both unsponsored and sponsored DRs can be established there. “It’s not for raising capital, but it’s a very efficient way to provide your equity in U.S. markets without having to follow Sarbanes-Oxley and U.S. GAAP,” says Roath – and without needing to register with the SEC.
Regulatory Hurdles
If the primary goal is to have a high profile among deep-pocketed institutional investors that trade on Nasdaq, NYSE and the American Exchange, a Level II DR is the most suitable option. (Level I DRs trade only on OTC.)
Compared with Level I, the hurdle for companies is higher for a Level II DR. The DRs should be registered with the SEC and the financial reporting must comply with U.S. GAAP. The underlying shares are existing shares (e.g., being sold by a major shareholder).
If the goal is to raise new capital in the U.S., a Level III DR is required (which is the DR structure of PetroChina and Baidu). Typically, the company will be doing an IPO in its home market, with a portion of the newly issued shares allocated to serve as the underlying shares of the Level III DR sold to U.S. investors.
The company may also opt not to list those new shares (i.e., not do an IPO), as Baidu has done. Whatever the case, it is required to file SEC Form F-1, which is similar to an IPO prospectus in content and format. Both Level II and Level III DRs must comply with U.S. listing rules or risk getting delisted.
The regulatory regimes for DRs in Hong Kong, India and Taiwan generally follow Level II and Level III strictures. In Hong Kong, DR issuers must comply with the same listing requirements as those that issue shares – the requirements for admission, listing process and continuing obligations are the same.
This means, among others, profits of at least HK$50 million (US$6.4 million) in the last three years, with profit in the most recent year at HK$20 million (in Taiwan, pre-tax profit of at least NT$250 million – US$8.6 million – in the past two years).
These are not really very onerous conditions for many companies in Asia, but as Roath says, any decisions that are made must be consistent with the goals and circumstances of each company.
It is clear that DRs are showing up on the corporate finance radar of Asia’s enterprises, including those in frontier markets. “We have mandates from a couple of Mongolian issuers that are working on establishing programmes [in Hong Kong],” says Roath. “A DR can be quite helpful where the market is still small and growing, but the companies there require greater access to capital than what the domestic market can provide.”
Additional impetus is being provided by the launch in Singapore last year of a trading platform for DRs known as GlobalQuote, which allows investors in Asia to trade in DRs listed overseas during the Singapore trading day. This early, 19 DRs by Chinese companies issued in the U.S. are already trading on the new platform.
About the Author
Cesar Bacani is Editor-in-Chief of CFO Innovation.
Read more on
capital management