The Complexity Challenge: How Businesses Are Bearing Up 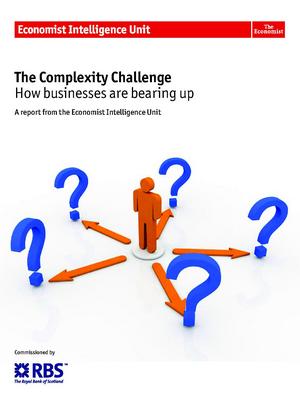 How severely is increasing complexity affecting businesses? The EIU’s survey looks at the causes and impact of it, and what firms are doing to tackle the complexity.

Case Study: Reinventing Aviva
Aviva is the sixth-largest insurance group in the world, but until recently it was a loose federation of companies with more than 40 different brands across 28 markets. In October 2007 the company’s chief executive, Andrew Moss, announced an ambitious plan to unite the company under a single brand.

Running an expensive advertising campaign during a global recession may have seemed foolhardy, but not to the firm’s chief marketing officer. The five-year restructuring programme is still in progress, but the effort is already paying off. By driving out complexity, the firm has achieved £500m in cost savings, a year ahead of schedule. And, according to the 2010 Brand Finance Global 500 survey, Aviva is among the top ten most valuable brands in the UK.