Commentary: When the Accountant Disappears 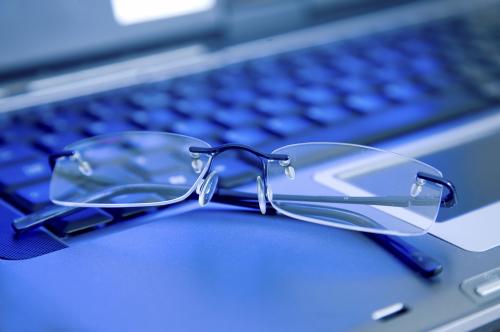 When one thinks of leading citizens in Hong Kong, Gabriel Ricardo Dias-Azedo is one name that comes to mind. A former president of Club Lusitano, one of the city’s oldest and most respected private clubs, the 61-year-old accountant is a pillar of the city’s Portuguese and Macanese community.

He is also well known as the managing partner at international accounting firm Grant Thornton in Hong Kong and a senior member of the Hong Kong Institute of Certified Public Accountants and its disciplinary committee. Azedo is so well-regarded that he concurrently served on the global leadership board of Grant Thornton International, the non-profit, non-practicing international umbrella entity of the various Grant Thornton member accounting and consulting firms worldwide.
But then things began to unravel. Azedo inexplicably disappeared in October this year. Separated from his wife and living alone in Mid-Levels, one of Hong Kong’s posh neighbourhoods, he is said to have gone to Lisbon in Portugal, where the police reportedly last traced him, but has not been heard of since. There are rumours that he has gone to ground in Brazil.
Complaints against Azedo soon emerged. China Construction Bank went to court to recover a HK$3.48 million loan it extended to Azedo. Businesswoman Angela Rita Gardner, who is related to Azedo by marriage, also filed suit, alleging that Azedo defrauded her of HK$69.5 million.
A third complainant, prominent socialites Arthur Antonio Da Silva and his wife Betty, filed a writ not only against Azedo but also against Grant Thornton. The couple – they own legendary Hong Kong champion racehorse Silent Witness, winner of 17 consecutive races – are seeking the return of assets in their daughter’s trust fund, which had been entrusted to Azedo and, they believe, to Grant Thornton.
In the Dock
This is where the misconduct of one individual threatens to tarnish the reputation of an entire accounting firm. Because Azedo is such a prominent figure in Hong Kong, in the accounting profession and his firm, his alleged transgressions are reflecting badly on Grant Thornton.
“Gabriel Azedo ceased to be a partner of Grant Thornton on 1 April 2008,” the accounting firm said in a statement. (He had retired last year upon reaching the age of 60.) In October this year, Grant Thornton International also removed Azedo from its global leadership board, where he had been advising on the accounting firm’s expansion into China.
“The claims of Mr. & Mrs. Da Silva have been referred to our solicitors and we shall file our defence in court accordingly,” the media statement continued. It noted that “Grant Thornton does not provide trust services nor hold assets on behalf of clients.”
The accounting firm indicates that its retired managing partner may have done something wrong. “Grant Thornton has been investigating certain matters concerning Gabriel Azedo’s personal conduct and has discovered that he appears to have used the Grant Thornton name in an unauthorised and inappropriate manner,” the statement said. “Because of the serious nature of the matter, Grant Thornton reported Gabriel Azedo’s conduct to the relevant authorities on 20 October 2009.”

Reputation Conundrum
Grant Thornton appears to have acted with reasonable despatch, but questions are being asked about why it failed to detect Azedo’s “unauthorised and inappropriate” use of its name and resources early enough. Were controls not in place to detect wrongdoing by its most senior executives?
It’s a fair question to ask of accounting firms and indeed of  most other companies in Asia, where relationships, status and personal standing in the community are seen as aids for a new or foreign business to speedily gain a foothold (as indeed is true of other places in the world). The hiring of an eminent personage or his or her relative can give the company an edge.
Azedo fits the bill perfectly. So does a former government official who still wields influence, say, or the close kin of a prominent political player. There is nothing wrong with hiring such persons if they possess the qualifications and experience required by the job, as apparently is the case with Azedo.
But the strategy can backfire if the executive’s high-profile personality merges so closely with the company’s persona that whatever he or she does becomes identified with the enterprise, regardless of whether the actions are personal and unofficial. If he or she then commits wrongdoing, the company’s own reputation gets tarnished. It may also be dragged into legal disputes.
To be fair to Grant Thornton, it is not easy to keep tabs on the outside activities of senior executives, especially if the role they occupy is only part-time and advisory in nature. Azedo was certainly entitled to engage in profit-making schemes, but not, of course, to trade on the Grant Thornton name in pursuit of those activities.
Moral hazard of a sort may also be at work. If the person in question is well-respected by the community, his colleagues and subordinates who may hear negative things about him may disregard them or discount their veracity. Even if they have reason to believe some of the stories, they may refrain from alerting the company in the belief that higher-ups will not be receptive – or that they already know what’s going on and do not really care.
What Can Companies Do?
Given the valuable contributions they can make, there surely is no point in automatically banning ‘pillar of the community’ types as company leaders, so long as they possess the professional qualifications and experience for the job. But the firm should not skimp on the usual due diligence just because the person enjoys enormous respect in the community or belongs to a respected family or influential clan.
The due diligence should extend to appointments to an honorary or advisory position, even if the appointee has been part of the company for years. Fraud experts counsel CFOs to beware of changed circumstances among their staff, such as stock market losses. Retirement, too, is a change in circumstances, bringing with it loss of income that an advisory position, no matter how prestigious, cannot make up for.

It is also important for companies to have a whistleblowers’ mechanism that employees can use to anonymously tip off the leadership about alleged wrongdoing. Equally important, everyone must be persuaded that all complaints, including those involving senior managers, will be taken seriously.

In hindsight, these systems could perhaps have picked up on worrying red flags about Azedo and his lifestyle. A horse-racing aficionado, as many prominent people are in Hong Kong, he had owned four horses in Hong Kong and several others in Australia and New Zealand.
Da Silva, the man who is suing him and Grant Thornton, told the South China Morning Post newspaper that Azedo gambled, though he did not know the scale of his betting. “This is someone I first sat next to at school at seven years old,” he said. “We have grown up together. We owned racehorses together.”
There are allegations that Azedo has been setting up offshore bank accounts for some of Hong Kong’s biggest gamblers for more than a decade. Quoting someone close to Azedo, the Post says some of his friends wonder “if he’s met with foul play.”
Azedo, according to the Post, is “a known associate of financier Michael Bastion, whose own death remains shrouded in mystery.” In 2000, Bastion fell to his death from his sixth-floor apartment. He was rumoured to have engineered scams that caused losses of some HK$200 million in international horse racing circles.
Will Grant Thornton survive the Azedo affair? Undoubtedly. There will be uncomfortable moments and tiresome explanations made to current and potential clients, but so far, Azedo’s alleged transgressions appear to have been carried out in his personal capacity. Grant Thornton seems to be as much a victim of his deception as are the complainants.
But it will be an entirely new game if the former managing partner’s supposed sins are found to extend into the professional sphere. The courts will rule on this point. Or perhaps Grant Thornton will agree to an out-of-court settlement – and hope that this will close the Azedo chapter forever.
About the Author
Cesar Bacani is senior consulting editor at CFO Innovation.