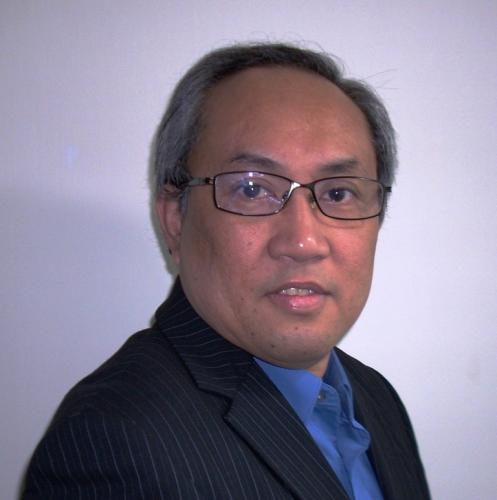 Accounting firm Ernst & Young and Internet enterprise Yahoo! are as different as two companies can be. But reading Ernst & Young’s legal problems in Hong Kong, I was reminded of Yahoo!’s troubles in China in 2007, when its Chinese unit provided the government with information about the email accounts of several dissidents, resulting in the arrest and imprisonment of those Yahoo! customers. Yahoo! settled suits filed in the U.S. by the families of the detainees, but the damage to its reputation still lingers.

In both cases, the local offices were essentially left alone to chart their own paths. Perhaps Yahoo! thought that its Chinese managers knew best how to operate in a huge market that was, after all, on the other side of the planet from headquarters in Sunnyvale, California. For its part, Ernst & Young Hong Kong enjoyed autonomy because that is how the group is structured – member firms are separate legal entities that have no liability for each other’s acts or omissions.
But in a globalised world, decentralisation without robust oversight can result in reputational damage. Like other accounting firms, Ernst & Young trades on integrity and competence. Once those qualities come under question, its business comes under threat. It is not farfetched to think that some investors may start wondering about the other assignments of the auditors involved in the Akai account and worse, question the work of even non-Akai accountants. When investors, banks, partners, creditors and audited companies themselves lose confidence in the accuracy and fairness of the audited financial statements, a client exodus can be expected – even as the accounting firm’s best people start asking themselves whether they should stay.
For those unclear about the Akai case, here’s a summary. The company was controlled in the 1990s by James Ting, a Shanghai-born Hong Kong entrepreneur who bought the century-old U.S. sewing machine brand Singer in 1989. His business model was to acquire down-at-heel companies and revitalise their well-known but tired brands. Ting plastered the famed Singer brand on VCRs, refrigerators and other appliances. The gamble paid off and he did the same thing to ailing German sewing-machine firm Pfaff and Japanese consumer-electronics companies Sansui and Akai Electric.
At its peak, Ting’s empire comprised 160 subsidiaries that he controlled through Hong Kong-listed Akai Holdings. But in 2000, Akai reported losses of US$1.8 billion, ten times the red ink in 1999. Ting disappeared, but was found in Macau in 2003 and jailed in Hong Kong in 2005 for false accounting. He was freed the next year because of mistakes by the prosecution. In September this year, Akai liquidator Borrelli Walsh sued Ernst & Young for negligence, contending that it should have known Ting was siphoning some US$800 million from Akai.
Ernst & Young vigorously denied the charges, but agreed to settle for an undisclosed sum (media reports initially put it at US$400 million; the settlement is now said to be half that) after Borrelli Walsh presented evidence showing that the audit files Ernst & Young presented in court had been falsified. Borrelli Walsh alleged that documents were back-annotated to make it appear there was an audit trail and that the handwriting in 1994 audit documents is that of an auditor who was not employed by Ernst & Young until 1998. The audit firm says it is conducting an internal probe. The Hong Kong police has also opened an investigation, raiding Ernst & Young Hong Kong’s office last week to cart off boxes of documents.

To my mind, what stands out in both the Yahoo! and Ernst & Young cases is how hands-off headquarters had been. I was at a recent closed-door briefing by a researcher with a human rights group that helped expose Yahoo! China’s role in the authorities tracing the identity of the dissidents. “There was no process, there was no assessment, they didn’t refer the [Public Security Bureau’s] request to headquarters,” he said of Yahoo! China. “They didn’t even keep a log of the number of cases they had done this.”

As for Ernst & Young Hong Kong, it actually had prior warning that things were not as they seem at Ting’s empire. Ernst & Young’s offices in the U.S. and Canada withdrew as auditors of the Singer business in 1998, citing a “breakdown in trust” with Ting. Ernst & Young Germany, which audited a German Akai subsidiary, and PricewaterhouseCoopers, auditor of an Akai firm in Japan, also communicated their concerns about the entrepreneur. But the Hong Kong office apparently shrugged off the red flags and is now paying the price.
There are lessons here for global companies. While micro-managing far-off units can be counter-productive, so is leaving them entirely alone. In Asia especially, there are many business and political interests that can suborn local executives. Borrelli Walsh has accused Ting of colluding with Christopher Ho, a relative of Macau tycoon Stanley Ho, to illegally transfer Akai’s assets to Christopher Ho's Grande Holdings before Akai collapsed. (Christopher Ho denies the charge, but settled with Borrelli Walsh for a reported US$100 million.) The faked audit documents suggest that Ernst & Young Hong Kong auditors may have been involved in a cover-up, if not in the actual stripping of assets.
In my view, global companies must strive for a happy medium between micro-management and laissez faire. It’s a good idea to periodically reiterate the corporation’s core values and set down guidelines and procedures based on these values, so foreign subsidiaries and affiliates know where the lines on the sand are. Overseas units are free to develop the business as they see fit, but must keep within those broad parameters. When the core values are under threat, such as Yahoo!’s commitment to customer privacy in the Chinese case, subsidiaries should know enough to elevate the issue to headquarters.
Admittedly, Ernst & Young is a special case because of its organisational structure as a collection of autonomous member firms. I think it is time to re-examine this model. Indeed, Ernst & Young is already doing so in Europe, where the various member firms are being united under one partnership to be known as Ernst & Young Europe.
There is no saying whether the Hong Kong partnership would have acted differently on the Akai matter if it were part of a larger Ernst & Young Asia. But the auditors who faked documents and key leaders who chose not to heed the red flags would have been under closer scrutiny from more eyes and ears on the ground, some of them outside Hong Kong and beyond the influence of vested interests. That alone could have had a deterrent effect, averting the mess that threatens to overwhelm the entire partnership today.
About the author
Cesar Bacani is senior consulting editor at CFO Innovation.