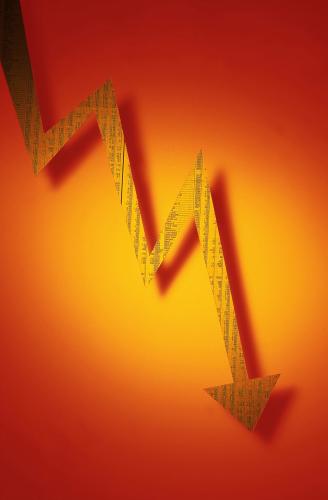 Ever since CFO Innovation wrote about Zhongwang Holdings' troubles with its IPO prospectus, I have been tracking what's going on with this major Chinese aluminium extruder. When it announced its 2009 results last week, I immediately pored through the numbers.
So, apparently, did many other media outlets, proving once again the adage that CFOs and other executives need to internalise. Once your company is implicated in a scandal, rightly or wrongly, all your future actions will be scrutinised for more perceived transgressions.
Thus it was that Zhongwang’s moment of triumph – it reported a 78% surge in net profit to RMB4.7 billion (US$690 million) on a 23% rise in revenues to RMB13.8 billion (US$2 billion) – was overshadowed by a “mystery loan,” as the South China Morning Post portentously puts it.
Instead of focusing on the impressive results, the media latched on to the company’s unusual decision, at least when seen through the prism of Hong Kong corporate governance practices, to borrow RMB2.3 billion from two local banks.  It then gave the money to construction firm Hongwei, a wholly-owned subsidiary of the local government of Hongwei District in Liaoning province, where Zhongwang is headquartered.
“Zhongwang, which was rocked last year by allegations it misrepresented aspects of its May 2009 initial public offering prospectus, disclosed the loan in a footnote to its 2009 annual results,” said the Post. “It gave no reason for the decision, other than that it wanted ‘to support [Liaoning’s] local development.’”
The company cancelled a 3 pm press conference on April 20, the day it posted its first set of annual results as a listed company. Zhongwang Finance Director Vincent Cheung Lap-kei did not respond to e-mailed questions sent by the Post. “Two analysts who follow Zhongwang said they had received no news about when it would hold the customary meeting to discuss its results,” the newspaper added.
It’s a nightmare for any CFO. After the allegations it had misrepresented some facts in its IPO surfaced last year, Zhongwang’s stock price fell to an all-time low of HK$5.51, down 21% from its IPO price and nearly 50% from its all-time high. The stock only began to recover after the company issued a positive profit alert in February. One day after the impressive 2009 results were released, the stock closed at HK$7.36, up 5% from its IPO price – but then plunged 10% to HK$6.63 on April 23 on the back of the questions surrounding the loan.
Helping the community
To be fair to Zhongwang, the Post’s characterization of the loan as a mere “footnote” – which Merriam-Webster defines as “a note of reference, explanation, or comment usually placed below the text on a printed page” – is not exactly accurate. The loan to Hongwei is actually discussed in some detail on pages 28 and 29 of the announcement, under the major sub-section “Loan Transaction” in the “Management Discussion and Analysis” portion of the report.
The announcement explains that Liaoning Zhongwang, a wholly-owned subsidiary of the Hong Kong-listed entity, “entered into a series of loan agreements with [two] Local Banks pursuant to which Liaoning Zhongwang borrowed an aggregate of approximately RMB2.3 billion from the Local Banks as of 31 December 2009, with an annual interest of 4.86% and a repayment period of three years from the relevant date of execution.”
“No guarantees were provided by Liaoning Zhongwang under the Loan Agreements,” the announcement goes on. “All funds were transferred to Hongwei by Liaoning Zhongwang immediately upon receipt from the Local Banks and Hongwei has undertaken to repay the principal amount of loans as well as the respective interests under the Loan Agreements. As at the date of this announcement, Hongwei has repaid principal amount of loans under the Loan Agreements in the aggregate of RMB150,000,000.”

Hongwei, the company explains further, “is a state-owned corporation with limited liability located at Liaoyang City, Liaoning Province, PRC. As at the date of this announcement, Hongwei is a wholly-owned subsidiary of the Local Government. The principal business activity of Hongwei is investment on constructions in the urban areas.”

Why did the Zhongwang subsidiary borrow the huge amount of money for Zhongwei? “In November 2009, the Local Government approached Liaoning Zhongwang requesting for its assistance to raise funds for the local development plan,” says the announcement. “Liaoning Zhongwang agreed to borrow funds from the Local Banks on behalf of the Local Government for local development purpose as long as the Local Government bears the entire obligation to repay both the principal amount of the loans as well as interests.”
On April 19, 2010, the day before the 2009 results were released, Liaoning Zhongwang, the two local banks, the local government of Hongwei District and Hongwei itself signed supplemental agreements that set out in writing and further clarified the understanding among the parties in the loan agreements.
The announcement listed four principal terms in the supplemental agreements:
“1. Liaoning Zhongwang, on behalf of Hongwei, entered into the Loan Agreements with the Local Banks. Hongwei is the actual debtor who has the obligations to repay the loans plus interests from the date of executing the Loan Agreements, while Liaoning Zhongwang does not bear any obligation of repayment or warranties;
2.   It was agreed that Liaoning Zhongwang has transferred all funds received pursuant to the Loan Agreement to Hongwei and Hongwei further undertakes that it will repay both the principal amount of the loans and interests in compliance with the Loan Agreements;
3.   The Local Government will monitor and oversee Hongwei’s repayment of the loans as well as the interests; and
4.   The Local Banks agreed to discharge Liaoning Zhongwang’s liabilities under the Loan Agreements even if Hongwei fails to repay the principal amount of the loans or interests.”
So what’s the problem?
According to the South China Morning Post, Zhongwang “recorded the debt on its own balance sheet, suggesting it may have to stump up the cash if the mystery construction company fails.” The company’s balance sheet does suggest that is the case. Zhongwang’s borrowings as of December 31, 2009 have ballooned by some RMB2.9 billion compared with its debt position in 2008.
The newspaper quotes investor activist David Webb as saying: “Zhongwang is standing in the middle between unnamed local banks and a government-owned construction company, for no obvious commercial purpose, casting further doubt on its corporate governance. The company claims it is not liable, but if that was the case at the year-end, then why is the loan and debt on its balance sheet?”

Why did Hongwei have to ask Zhongwang to borrow money on its behalf to begin with? I suspect this has something to do with Beijing’s clampdown on bank lending to property companies – and to local governments looking to finance their pet projects. At the recent Boao Forum in Hainan, Liu Mingkang, head of the China Banking Regulatory Commission, said he was worried about local governments borrowing heavily from banks. “Unofficial estimates of their resulting exposure run as high as Rmb11,400bn ($1,676bn),” says the Financial Times.