Citi Is Firing IT Staff. Should You Do the Same? 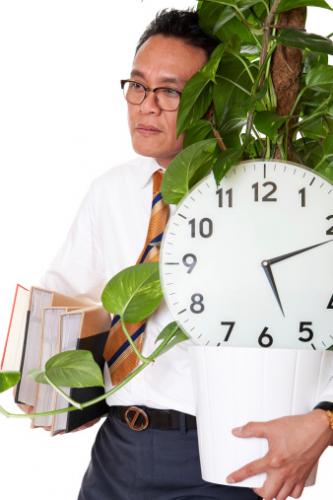 Citicorp announced today plans to significantly reduce expenses related to its global IT and operational footprint, and reposition Bank operations through a reduction in workforce of 11,000 bank employees. The results of these actions are forecast to yield as much as US$900 million in expense benefit in 2013 and US$1.1 billion in annual expense savings beginning in 2014.
Defining these as fundamental and long tail changes, Citi’s newest Chief Executive Officer Michael Corbat said: “These actions are logical next steps in Citi’s transformation. While we [Citi] are committed to – and our strategy continues to leverage – our unparalleled global network and footprint, we have identified areas and products where our scale does not provide for meaningful returns.”
He added: “We will further increase our operating efficiency by reducing excess capacity and expenses, whether they center on technology, real estate, or our operations.”
Is IT too fat?
Each of the three primary businesses and the IT and operations that support them will see the shift and change – Global Consumer Bank, Transactions and Trade Services, and Securities and Banking – which together carry a direct cost, exclusive of line of business CIO components, of close to US$4 billion in enterprise IT and operations each year.
The Global Consumer Bank (GCB), which services a large part of a 200 million base of customers, will incur the biggest change in personal, assets, and IT. Of the approximately 6,200 headcount reduction planned for the GCB, 2,500 will be from the technology services arm. Another 4,200 positions, predominately from IT and Operations according to published reports, will be eliminated from the Securities and Banking Unit and corporate services.
Although exact numbers are not known, it’s clear that these changes have an impact on the perception of Citibank as a technology powerhouse. The announcement also sheds new light on the struggles facing enormous IT organizations like Citi that have grown organically and through acquisition over the years under shifting leadership styles.
Globally, the financial services industry continues to face challenges from aging and overly complex IT, regulatory and market uncertainty, the realization that risk systems and operations are the Achilles heel to growth strategies, and constant cost pressure. In certain areas of the world such as Europe, for example, the largest universal banks see these issues being compounded by the various sovereign debt risks that will remain for some years to come.
Likewise, in Asia, slowing economic growth, especially within China, is causing institutions to rethink the pace of their IT modernization plans. In North America and as exemplified by Citi, 3-4 years of cost reduction has not been enough to reposition the biggest players for future success. And particularly in the United States, the uncertainty of the economic impact of the “fiscal cliff” scenario is already slowing and delaying spending, which in turn impacts lending growth, balance sheet risk, and IT investment.
Wringing out IT inefficiency
In a recent survey of CIOs, we wanted to identify the top three goals of IT leaders across vertical segments. What we got back was surprisingly simplistic – focus the IT organization on business strategy, not tech strategy, foster a culture of innovation, and basically improve the business/IT engagement model.
For the biggest banks like Citi, this just doesn’t cut it in our opinion. What’s needed is a shift in attitude and a concerted effort and incentive to wring out IT inefficiencies. How much inefficiency is there? Not sure, but in the same survey mentioned earlier, over 46% responded that IT inefficiency was a top reason for a decrease in next years’ IT budgets.
With this amount of IT risk and inefficiency in the market, some of which was created through operational efficiencies borne from recent automated efforts, and with potentially lower efficiency ratios in the largest US financial institutions like Citi, how capable will today’s financial industry leaders be in innovating for the future, and in seizing opportunities to counter competition?
With fundamental changes like those announced today at Citi, one of the world’s premier bank brands, this institution takes a bitter pill and hopefully has a much improved chance.
About the Author

Michael Versace is a Research Director at market research firm IDC Financial Insights, focusing on the Global Risk end-user and technology marketplace. This article was re-edited for clarity and conciseness.