The Chinese Are Coming. Is Your Firm Ready? 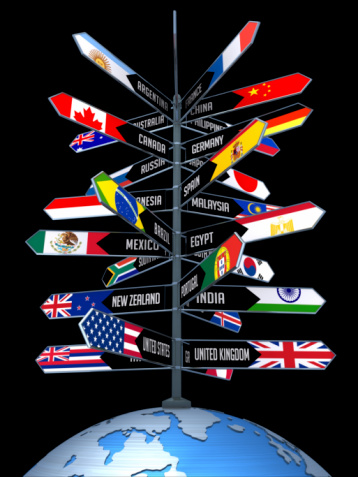 After paying US$2 million last May for the intellectual property and other assets of U.S. start-up 3Leaf Systems, China’s Huawei Technologies was told four months later, in November, by the Pentagon to get the approval of the Committee on Foreign Investment in the United States (CFIUS). In a letter to CFIUS, several U.S. politicians then charged that “the 3Leaf acquisition appears certain to generate transfer to China by Huawei of advanced U.S. computing technology.” 3Leaf has developed know-how to link computer servers together and create a powerful super machine.

On February 18, Huawei decided to give up. "This was a difficult decision," it said in a brief statement. "However, we have decided to accept the recommendation of CFIUS to withdraw our application to acquire specific assets of 3Leaf. Huawei will remain committed to long-term investment in the United States. The significant impact and attention that this transaction has caused were not what we intended. Rather, our intention was to go through all the procedures to reveal the truth about Huawei."
Some may think that Chinese companies are hitting a brick wall in their drive to buy overseas assets and companies. That’s not really the case, says PricewaterhouseCoopers. In fact, PwC reports, outbound M&A by mainland China buyers expanded 30% to a record 188 transactions in 2010. They have an aggregate value of US$38 billion, so the CFIUS disapproval of the 3Leaf deal involved only a tiny fraction of the total.
Chinese Targets
“The overall trend is very strong and that’s a trend that we expect to continue,” says David Brown, Partner and Greater China Private Equity Leader at PwC. “There’s no one destination that really stands out; it’s really quite spread throughout the globe.” The Chinese concluded 34 deals in the U.S. (up from 21 transactions in 2009), 55 deals in Asia, and 53 deals in Oceania, Africa and South America.
“In terms of industry sector, raw materials and resources is still by far the largest,” Brown reveals. “But we’re also seeing something that we predicted last year, which is the growth in technology deals. This is the phenomenon of Chinese companies really going out trying to acquire technology, trying to acquire know-how, to acquire intellectual property and bringing it back to China.”

Counting 3Leaf, there were 24 such deals in 2010, up from just 11 in 2009. So far, it was only the 3Leaf transaction that faced a challenge at CFIUS – foreign companies typically get the approval of the committee first before completing a U.S. purchase. Huawei, the world’s second largest telecom equipment maker after Ericsson, says it did not follow this procedure because it thought it was not obliged to do so, as it was buying only the company’s assets, not 3Leaf itself.
The 3Leaf case notwithstanding, PwC says there is no holding back for China’s overseas forays. “Outbound activity will continue to grow strongly, driven by demand for resources and the search for high technologies . . . and supported by China’s ‘going abroad’ strategy and the increasing sophistication of Chinese buyers overseas,” says Brown.
Brave New World
But no one should have illusions that the way forward will be easy and smooth. “Investment in a few sectors, such as natural resources and certain types of technology, will remain sensitive,” warns the Economist Intelligence Unit, in a report released last year (as indeed the Huawei case illustrates). The study involved a survey of 110 mainland Chinese executives.
Some of the study’s findings provide food for thought for CFOs:
“Advisers and counterparties from Washington to Canberra pointed to a need for Chinese investors to take a less narrow, procedural approach to investment and look at the bigger picture – to present the commercial and economic rationale for their acquisitions and a clear plan of what they will do with them – and also to explain who they are and what role, if any, the Chinese government plays in their decision-making,” the report says. “They should be prepared to explain these things to all stakeholders – politicians, media, communities, employees – even if a deal does not face regulatory scrutiny.”
What To Do?
What is clear is that the phenomenon of Chinese companies stepping out, whether via M&A, joint ventures or alliances and regardless of success rate, is here to stay. The momentum behind it is simply too strong, from Beijing’s eagerness to recycle capital out of China and ease overheating, to the country’s desire to secure a steady supply of raw materials, to the need of Chinese businesses to bring overseas technologies and brands to China.
For CFOs at the receiving end of Chinese advances, it would be helpful to recognize that the acquirers are more likely than not to be inexperienced, which may explain why Chinese executives may come across as abrasive or indecisive. If the Chinese investment is important to the target company, some discreet and tactful handholding by the company being purchased – and a bit more patience and understanding – will be helpful.
The same dynamic may be at work when foreign companies invest into China. PwC’s Brown expects M&A deals by foreign companies to recover to pre-crisis levels this year, noting that inbound M&A activity grew 32% last year. The special focus, he says, will be on “more high technology companies as well as sectors positioned to take advantage of domestic consumer spending.”
Companies should not underestimate the important of selling the idea to a wider audience as well. “One reason why many Western politicians object to investment by Chinese SOEs is the perception that they benefit from state financing or subsidies,” notes the Economist Intelligence Unit. “If Chinese investors cannot counter such impressions, they will find it hard to win foreign governments’ approval even when there are no national security concerns.”
About the Author
Cesar Bacani is Editor-in-Chief of CFO Innovation.
Read more on
M&A Big Four accounting firms