China Vs Vietnam: Where to Set Up Your Supply Chain 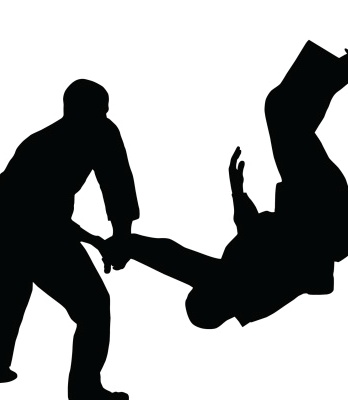 Many foreign investors operating in China today are looking at Vietnam as an additional ‘province’ or alternative hub to integrate into their Chinese or Asian supply chain.
This is particularly true in sectors where China and Vietnam are competitors, such as leather goods, shoes, textiles, furniture and light electronics. This list is set to expand as Vietnam upgrades its industrial base to high-end and high-tech manufacturing investments.
This article looks at the current regulations on corporate income tax as they apply to foreign investors – to check whether Vietnam offers any additional advantages over its neighbouring country to the north.
China in 1991
Let’s start with a look at China’s previous Corporate Income Tax (CIT) law, as a comparison exercise that might help us to understand the evolution behind foreign direct investment (FDI) regulations for both China and Vietnam.
The “Income Tax Law of the People’s Republic of China for Enterprises with Foreign Investment and Foreign Enterprises,” which was valid from July 1991 until it was replaced in March 2007, distinguished foreign-invested from domestic-invested companies, with the former granted many preferential tax advantages.
The main aspects of the 1991 Income Tax Law were:
In short, from the early 1990s until March 2007, most of the newly established foreign-invested manufacturing companies in Mainland China enjoyed two years’ tax exemption, and 50% reduced rates in the ensuing three years.
In addition, the CIT rate would depend on the location where the investment was located. This could vary from 15% in Shenzhen and Zhuhai, to 24% in Guangzhou or Qingdao, or 30% in Xi’an or Changsha.
China in 2008
However, from January 2008, China adopted the “Law of the People’s Republic of China on Enterprise Income Tax,” which set the CIT rate applicable to both foreign-invested and domestic-invested companies operating in China at 25%.
This has been an epochal reform from the previous regulation, which provided preferential advantages for foreign-invested enterprises. Under the 2008 CIT Law, the corporate income tax is now the same, no matter the location, the scope of the investment or whether the investment is domestic- or foreign-invested.
Chapter IV of the law does provide details on preferential tax policies for industries and projects which have major support from the state. Exemptions and reductions exist for income derived from farming, forestry, and qualified projects of environment protections or energy and water conservation.
Furthermore, preferential reduced tax rates of 20% exist for small income enterprises and a reduced 15% tax rate may apply for high and new technology enterprise supported by the State. However, it must be noted that these concessions must often be obtained annually and require long and costly procedures.
Vietnam: Back to the Future
It is interesting to see how reminiscent of past Chinese practices Vietnam’s current tax incentives are.
Corporate income tax in Vietnam is regulated by the “Law on Enterprise Income Tax (resolution No. 14/2008/QH12),” which was promulgated by the National Assembly in June 2008. The law defines and regulatse enterprise income taxpayers, taxable incomes, tax-exempt incomes, tax bases, tax calculation methods, and tax incentives.
Interestingly, the law not only applies to enterprises registered under Vietnamese law, but also to enterprises established under foreign laws with or without Vietnam-based permanent establishments.
According to Article 10 of the 2008 law on income tax, the standard tax rate is 25% (the same rate as in China), except for activities related to prospecting, exploring, and exploiting oil and gas and other precious and rare natural resources, which might vary between 32% and 50% (higher than in China).
What stands out in the 2008 law, however, are the cases that fall under tax rate incentives, exemptions, and reductions under Articles 13, Article 14 and Article 15 (which bear similarities to incentives offered in China before 2008).
The tax rate incentives under Article 13 include the following:
The commencement dates for the duration of tax rate incentives specified in Article 13 are counted from the first year the invested company has turnover.
The tax exemption and reduction in duration incentives under Article 14 include:
The commencement dates for the duration of tax exemptions or reductions specified in Article 14 are counted from the first year the enterprise has taxable income. In cases where the enterprise has no taxable income for the first three years starting from the first year it has turnover, the tax exemption or reduction duration is counted from the fourth year.
Finally, Article 15 lists “other cases eligible for tax reductions” as follows:
Conclusion
It is clear that Vietnam’s corporate income tax regime is currently more favourable than that of China. However, investors typically do not decide on which country to invest in solely because of the local tax regime; they are often led by many other considerations.
It is worth keeping in mind that government decision processes are somewhat slower in Vietnam than in China, and that incentives are usually tied to Vietnam’s lesser developed areas and/or specific sectors. Moreover, since FDI is project specific, there can be many reasons why an investor might choose China instead of Vietnam, and vice versa.
Still, in recent months, we’ve been seeing a growing interest in Vietnam from investors interested in finding a manufacturing platform to export back home, or to other plants they have around Asia.
Doing so takes advantage of Vietnam’s favourable tax incentive regime as well as abundant double tax agreements and low labour cost which are currently about 2.5 times lower than Mainland China. In addition, it is worth noting that China’s standard withholding tax on profit repatriation is 10%, while Vietnam does not currently have such a tax.
About the Author