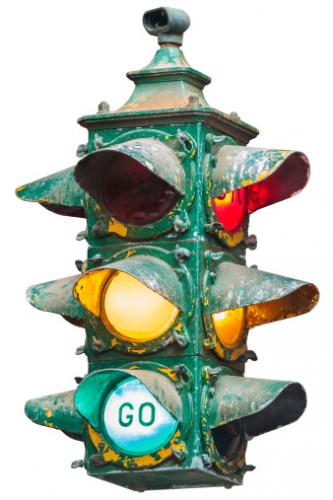 Source: RBS
We summarise our expectations below, with the reform actions grouped under the nexus of improving allocation and the nexus of supporting more full migration.
Improving allocation
Pricing and taxation of raw resources: Removing subsidies to industry by raising prices and taxation of inputs such as land, energy, water, electricity, and the environment.
Expect good further progress, building on steps already taken and recent announcements that reflect a mandate, including mining resource pricing reform, electricity pricing and subsidies for renewable energy
Tax reforms: Removing the industry-bias of local governments and mitigate distortions and economic inequality, including by more taxation of assets (property, equity) and less taxation of labour
Expect small incremental steps on already existing pilots and initiatives, including:
Adjusting the economic structure: Reducing excess capacity, promoting new industries, upgrading the industrial structure and stimulating domestic demand led growth, and continuing SOE dividend reform and actually channelling the revenues to the Ministry of Finance
Expect continuation of plans to “eliminate outdated capacity” and reduce overcapacity, although the track record of such initiatives is poor; follow-up actions on the recent guidelines to boost demand and supply in “information services”, elderly care, and green and energy saving technology; but little movement of SOE dividends.
Institutional and administrative reform: Levelling the playing field between SOEs and the private sector by removing barriers to several sectors, increasing private-sector participation; fostering truly independent regulatory bodies, and generally delineating more clearly the role of the state and that of the market.
Expect some attempts/guidelines towards more private sector participation; limited progress on levelling the playing field between SOEs and other companies; but decent progress on simplifying and reducing the scope of government approval procedures and relaxing government regulations.
Financial sector reform: Towards more competition and more non-bank financing, as well as better access to finance for under-serviced firms
Expect quite clear directions and movement on
Monetary, exchange rate and capital account: Increasing the role for the interest rate in the conduct of monetary policy, introducing more exchange rate flexibility, and opening the capital account
Expect the following:
Senior officials have indicated that they want to start on opening up of the capital account before the domestic financial reforms are finished and the exchange is fully flexible, thus challenging mainstream advice.
Supporting more full migration
Reforming the hukou, or household registration system
No major breakthrough soon. Expect language on exploring offering hukou for migrants in small and medium-sized cities
Public finance: Reforming the inter-governmental fiscal system to give local governments the means and incentives to fund public services and affordable housing for migrants
No major reform soon. Expect language on exploring some more revenues for local governments; central government taking over some responsibilities for certain public services; more bond issuance on behalf of local governments.
Land reform: Pursuing land reform to give individual farmers property rights, or at least transferable management rights; let farmers/migrants benefit more from urbanization related rural land sales
No major change. Expect some directions on transfers of management rights and general language on farmers’ compensation for land sales.
Conclusion
In all, as we noted above, the type of language in the November document and steps announced in the coming two years would amount to varied movement across the key areas of reform.
This would disappoint those with high expectations. While we are not so worried that this would cause a hard landing or crisis, the difficulty of implementing reforms that are needed but resisted imply medium-term risks of too little or skewed or bad-quality rebalancing, and higher risks of financial instability upon implementation of financial and monetary reforms.
About the Author