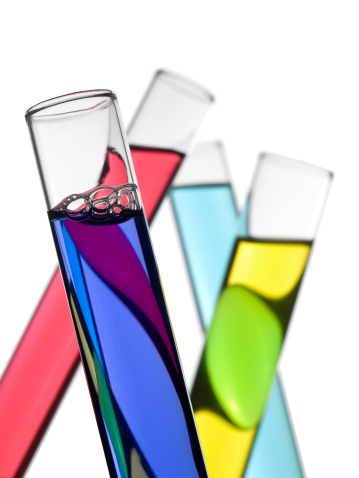 The free trade zone launched in Shanghai in September has attracted a lot of attention and excitement. On top of expanding foreign trade and attracting FDI, China’s cabinet wants to link reforms in the zone with the nation-wide reform agenda, such as rebalancing and upgrading the structure of the economy and changing the government’s economic management model.

Local government officials and financial market participants also expect the new zone to be a fertile testing ground for financial reform. If the zone is quite open to China’s wider economy and the financial system, the impact of possible financial reforms in the zone could be very large as the zone would indirectly open up and liberalize China’s whole financial system.
However, we expect the zone, at least in the foreseeable future, to function as an offshore center and changes in the rules and policies affecting the broader mainland financial system to be gradual. But it is clear to us that such an offshore center in Shanghai will crank up competition with Hong Kong.
China’s new experiment
The idea of a new free trade zone has received a lot of attention ever since Prime Minister Li Keqiang visited the Shanghai Waigaoqiao bonded area in March this year and the State Council announced the “China (Shanghai) Pilot FTZ Overall Plan” on 3 July.
The 28.8-square-kilometer China (Shanghai) Experimental Free Trade Zone (CEFTZ) includes four ‘customs special control areas’:
Special economic zones have been key to China’s 35-year reform experience. Their introduction in the early 1980s was central to the opening up of China’s economy to the outside world and the transformation from central planning to a market economy.
Since 1978, China has implemented four types of economic zones, aimed at expanding the goods trade, attracting FDI, and importing and developing advanced technology.  At first, most of the zones were set up in coastal cities; coverage was gradually expanded to other areas.
Bonded areas, also known as tax-free zones, were very important in China’s development into an export-oriented economy.[1] They were central to the emergence of the processing trade, where exports are manufactured using imported components. At their peak, processing exports made up almost 60% of total exports; this share has fallen to around 40% now.
What’s new with the CEFTZ
The CEFTZ builds on a tradition of using special economic zones to open up the Chinese economy. However, the high level of excitement about it reflects an understanding among many that the CEFTZ will go beyond the scope of previous zones in terms of opening up and liberalizing international economic and financial transactions.
As suggested by the name – which features “China” – the central government seems to want to link it to the national reform agenda. The zone may thus become a pilot, or testing ground, for reforms beyond trade and FDI liberalization.
In our understanding, the national policy areas that the central government (the State Council) may try to link with the zone include facilitating trade and investment, promoting trade in services and the service industry, and exploring “innovative government management modes.”
China’s senior leaders have even linked the CEFTZ to shifting the growth model to become more driven by consumption and domestic demand, although it is not easy for us to see how that would work. Also, while local officials and others have linked the zone to financial liberalization and opening up of the capital account, in our understanding the State Council has not discussed or endorsed this idea.
Upgrading the bonded area arrangement
Bonded areas in China have their own characteristics and are different from most other bonded areas around the world.
In international practice, a bonded area is a type of free trade zone that is located inside the country’s territory but is considered outside it as far as the customs department is concerned. Bonded areas in China are inside both the country’s territory and customs purview.
In normal bonded areas, goods are exempted from tariffs and free from interference by customs. But in China they are under Chinese customs’ “extended supervision and control” in terms of both time and place.[2] This results in more complicated (trading) procedures and higher transaction costs, and may lead to issues such as multi-agent problems.
More importantly, the financial supervision and controls of China’s bonded areas start from the border (i.e., first line) and the bonded area operates inside the same heavily controlled financial system as the rest of China’s economy.
With the Shanghai experiment, the government aims to move to full opening-up of the border between the bonded area and the global economy (the “first line”), while maintaining tight control of the “line” between the bonded area and the rest of the mainland economy (the “second line”), as per the Chinese phrase translated as “1st line openup and 2nd line control”.
To us this implies that the new zone is meant to be fully opened up to the global economy – with a free flow of goods and services and open financial markets – while remaining segregated from the rest of China’s economy.
Boosting foreign trade and FDI
The primary functions of CEFTZ are traditional – to further expand the goods trade and attract foreign direct investment.
On the goods trade front, the introduction of the new free trade zone means removing current restrictions and building an upgraded bonded zone along international lines without customs’ “extended supervision and control” on the goods.
This should mean that procedures related to trade through or within the tax-free area are substantially simplified and their corresponding costs are reduced. In turn, this should stimulate exports and imports, although presumably, and depending on other policies, mainly the processing trade.
As a spill-over effect of such expansion of entrepot trade, the shipping industry and other sectors catering to foreign trade should be boosted.
There are signs that major efforts will be made in attracting FDI in the new free trade zone. In a departure from China’s current approach to use a “positive” list that stipulates which activities and sectors are open to FDI, the central government has committed to suspending current FDI regulations within the new zone and providing a “prohibited” or “negative” list that stipulates which activities and sectors are not allowed. This will mean more transparency, less red tape and probably more freedom for business.
Click image to enlarge
Differences between the old and the new

Source: RBS
How far will the government go?
We expect the mission of the Shanghai free trade zone to go beyond expanding foreign trade and attracting FDI. The government seems interested in linking up the FTZ pilot with its overall (nation-wide) strategy to rebalance the pattern of growth towards a larger role for consumption and services, upgrade the industrial structure and seek new economic growth engines.
Thus, according to a State Council Executive meeting led by Li Keqiang on 3 July, the central government expects the CEFTZ to play a role in:
In addition, local officials, financial market participants and others have suggested a possible link to policies to liberalize financial markets. This could potentially include reforms such as lowering entry requirements for foreign financial companies, allowing small-scale capital flows and expanding (offshore) financial services.
In terms of the financial system, this could include interest rate liberalization (removing the cap on deposit rates), capital account opening and, if the government wants, a freer FX market.
Key questions
A number of questions remain, especially about the financial market and financial reform aspects. One key question that many people ask is how the government will deal with the relation and interaction between the CEFTZ and the broader economy. A related question is what would be the impact of potential financial reform, especially the impact on China’s broader financial markets.
The answer to these questions depends a lot on what the government will decide in terms of the link between the zone and the wider Chinese economy and financial system.
If the zone will be quite open to China’s wider economy and financial system, the interaction and impact of reforms in the zone on the wider economy and financial system could be very large, because the zone would indirectly open up and liberalize China’s whole system. For instance, experts have discussed the potential for large financial flows into the zone if deposit rates are liberalized in the CEFTZ.
However, if the zone will operate more or less as an offshore zone, segregated from the wider economy and financial system, the interaction with the broader mainland economy and financial system would be very small.
While we cannot be sure at this stage, based on our assessment of the announcements by senior central government officials, we expect:
Indeed, some government officials also interpret “2nd line control” as tightly controlling the financial activities between the free trade zone and inland China, and preventing financial chaos due to the two different financial systems on the different sides of customs.
No drastic changes
Thus, we do not expect drastic changes in the short run. In our view, the government is aware that large amounts of financial speculation may harm the development of the area. Also, the hard and soft infrastructure for a mature financial system is not yet well established.
As noted, given that, in our assessment, the reforms in the zone are likely to be isolated from China’s wider economy and financial system, the impact of the reforms on the domestic financial system would be limited. We think that the prospects and roadmap for China’s overall financial reform will not change drastically with the introduction of the CEFTZ.
Before further opening up of the overall financial system in China, and if and when financial reforms in the zone are introduced, the CEFTZ would basically act as an offshore centre.
Located within the border of China, this offshore centre may further promote the internationalization of the RMB, although its contribution to elevate the RMB’s overall status in the global currency system is likely to be limited at first.
Clearly, though, such an offshore center in Shanghai will provide stiff competition to Hong Kong, both as an offshore RMB center and as a China oriented international financial center.
About the Author
This article is excerpted from “Top View: China,” a report by Royal Bank of Scotland and affiliated companies that was published on 19 September 2013. It has been re-edited for conciseness and clarity. ©Copyright 2013 The Royal Bank of Scotland plc and affiliated companies (RBS). All rights reserved.
[1] Using a broad definition, this could be a bonded area, export processing zone, bonded logistics park, cross border industrial zone, bonded port, integrated bonded area, or a bonded logistics center.
[2] The supervisory time runs from when the imported goods enter the territory to when they are withdrawn on the conclusion of customs formalities, or from when the export goods are declared to customs to when they are shipped out of the territory. The supervisory site mainly is the supervisory area in the entry and exit port of goods.
Read more on
China