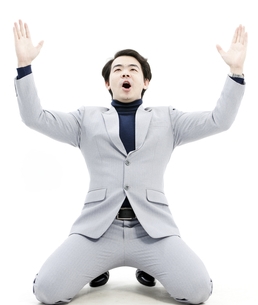 Although the July data for FAI in infrastructure and real estate has not yet been released, there are signs that these sectors have been expanding solidly. The trend in infrastructure investment is likely to continue, given recent policy support from the government. The China Railway Corporation has confirmed that it would increase its FAI and new railway mileage this year.
The robust momentum of real estate FAI has been supported by the growing housing market. Starts and construction in the ‘commodity’ (market) sector picked up momentum in July (see chart below).
Click to enlarge
Starts and construction of commodity buildings up in July

Looking across ownership types, one of the key drivers of improvement was the production expansion of SOEs, which cater more to domestic demand and are more active in the ‘physical’ part of the economy. Hence, they benefited from the robust growth in FAI in infrastructure and real estate. IP growth of SOEs in July was 8.1% year-on-year in July, the highest since 2012.
Monetary aggregates and prices
Growth of monetary aggregates slowed in July, reflecting the impact of a firmer monetary stance, especially towards shadow banking.
New RMB loans totaled RMB670 billion in July, much lower than RMB861 billion in June, due to a sharp decrease in short-term and bill financing. New total social financing declined to RMB809 billion, the lowest since November 2011.

Inflationary pressures remain moderate.
In July the consumer price index (CPI) rose 2.7% year-on-year, as it did in June (see table below). Sequential CPI growth was even lower – after seasonal adjustment, we estimate that CPI increased 0.1% month-on-month, seasonally adjusted, down from 0.6% in June.
Click to enlarge
Price indices

Food inflation edged up in July, increasing 1.6% year-on-year. It contributed 1.7 percentage points to the headline inflation. However, this was largely due to the low base last year.
Sequentially, food prices remained flat, after an increase of 1.7% month-on-month, seasonally adjusted, in June. Non-food inflation remained subdued, rising 1.0% year-on-year.
In the meantime, factory gate prices as measured by the producer price index (PPI) decreased 2.3% year-on-year, recording the 17th consecutive month of decline, amid weak global commodity prices. The prices of wheat, corn and copper all registered two-year lows in July, although the picture is becoming mixed, with crude oil and iron ore prices having picked up in July.
Implications
This data batch, together with the official PMI and international trade data released earlier, can be taken as some signs of a recovery at the beginning of second-half 2013, although the recovery is likely to be modest and slow.
We expect sequential growth in the year’s second half will be stronger than the first half, supported by both a better global outlook and somewhat firmer domestic demand. We maintain our GDP growth forecast for 2013 and 2014 at 7.5% year-on-year and 8.1% year-on-year, respectively.
In terms of prices, the subdued CPI and PPI data confirms our view that inflation is not an issue. We expect CPI for the full year to remain well below the government target of around 2.6% year-on-year.
In terms of policy, the July data confirms our view that the government will not be forced to take major actions to stimulate short-run growth, allowing it to continue to focus on structural reforms.
About the Author
This article is excerpted from “Alert: China,” a report by Royal Bank of Scotland and affiliated companies that was published on 9 August 2013. It has been re-edited for conciseness and clarity.
Photo credit: Shutterstock
Read more on
China