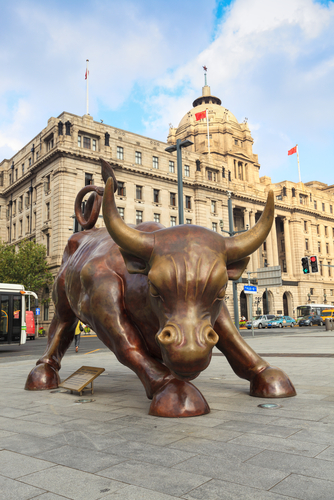 Robust growth
GDP growth rose to 7.9% year-on-year in Q4 2012. According to our estimates, this means a pick-up in quarter-on-quarter GDP growth from 8.1%, SAAR (seasonally adjusted annual rate), in Q3 to 9.5% in Q4.
Industrial production growth strengthened during Q4 from 9.6% in October to 10.3% in December, indicating that the economy entered 2013 with healthy growth momentum.
A literal interpretation of the external trade data suggests a sizeable contribution of net foreign trade to growth in Q4, after net trade was broadly neutral for growth in Q1-Q3. On the basis of the reported year-on-year GDP growth – with which we are generally comfortable – this would imply that year-on-year domestic demand growth decelerated significantly in Q4.
However, our estimates suggest that underlying export growth was less strong in H2 2012 than the trade data indicate, and we think that domestic demand growth did not decelerate much in H2 2012. This view is supported by other National Bureau of Statistics (NBS) data on investment and consumption.
The household survey data suggests a gradual slowdown in real household consumption growth through Q3 alongside an easing of income growth. On our estimates, the national accounts data on the contributions to GDP growth imply that (total) consumption growth, including government consumption, slowed from 9.7% year-on-year in 2012 H1 to 8.5% for 2012 as a whole.
Investment trends
The expansion of total investment (‘gross capital formation’) eased ever so slightly in H2. On our estimate, it comes out at 8.2% for 2012 as a whole.
This includes the impact of changes in inventories, which probably subtracted from growth in 2012 because of the destocking in industry after the involuntary build up earlier. The data on stocks in industry suggests that good progress was made in 2012 H2 towards destocking.
Focusing on fixed investment, notwithstanding the objective to rebalance the pattern of growth towards consumption, the policy support for investment in H2 2012 meant that, on our estimates, gross fixed capital formation outpaced consumption again last year.
Even though monthly data on FAI (fixed asset investment) growth is seriously inflated, in our view, its evolution gives a good indication of the growth dynamics. It confirms that investment growth held up in H2.
The detailed FAI data shows that in Q4, real estate investment growth picked up after having bottomed out mid-year. Infrastructure investment growth reached a plateau after its impressive recovery through 2012 (see chart below).
A Mixed Picture in Investment