CFO Salaries: Are They Better in Asia or the West? 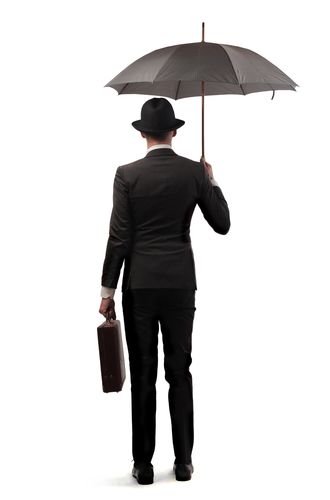 Suppose you’re a top-flight finance professional with more than 12 years’ experience as CFO of a major company in Hong Kong. An executive headhunter comes calling, asking you to relocate to London to be CFO of a FTSE 100 enterprise. Should you consider the offer?
If you’re looking at the job purely from the monetary perspective – and just on salary, without bonuses and other perks – the answer may be no.
At least that is what we at CFO Innovation conclude after perusing the newly released 440-page Salary Survey 2013 report by Robert Walters, a specialist professional recruitment company with offices in more than 20 countries.
The report does not actually say this. It gives the salary ranges in the local currency (except for Vietnam, where top-level CFOs are apparently paid in US dollars), and so users are not readily able to compare and contrast the numbers given.
To aid comparability, CFO Innovation converted the local-currency salaries to US dollars using current market rates. In doing so, we find that a FTSE 100 CFO in London can earn the equivalent of more than US$677,000 a year – which is a third higher than the equivalent of over US$451,000 a top-flight CFO can earn in Hong Kong.
However, when we further converted the US dollar amounts into Purchasing-Power Parity dollars, which factors in  the purchasing power of salaries in the two places, the London CFO turns out to earn PPP$615,000 a year – 5% lower than the PPP$645,000 annual salary of his (or her) counterpart in Hong Kong.
Purchasing Power Parity
This is one of many nuggets of information one can get from the report, which was compiled by Robert Walters’ research division based on an analysis of “permanent, interim and contract placements made across each of the Group’s geographies and recruitment disciplines during 2012.”
Using the Robert Walters numbers, CFO Innovation also tried to compare salaries in PPP terms for finance directors and CFOs in China, Indonesia, Malaysia, Thailand and Vietnam, and internally, among the Chinese cities of Beijing, Shanghai, Nanjing and Suzhou, plus Hong Kong for good measure.
First, a note about Purchasing-Power Parity. This is a concept utilised by the World Bank to compare the size of the GDP of various countries based on how much goods and services one US dollar can buy in that particular economy. Because wages, rents, utilities, food and other things may be more expensive or cheaper across nations, comparing GDP values based on nominal dollars alone does not really give the complete picture.
We apply the same concept to CFO salaries. After converting the Robert Walters local currency figures to US dollars, we further converted the results into PPP equivalents, which indicate how many US dollars or a fraction of a US dollar is needed in a particular economy to buy the equivalent of US$1 worth of goods and services in the United States.
For example, the World Bank’s PPP conversion factor in 2011 for Hong Kong is 0.7. This means that a CFO in Hong Kong needs to spend only US$0.70 of his or her salary to buy US$1 worth of goods and services in America.
In contrast, in London, CFOs need to spend US$1.10 to buy US$1 worth of goods in the United States (the PPP conversion factor for the UK is 1.1). This indicates that the cost of living in the UK was higher in 2011 than the cost of living in Hong Kong, according to the World Bank.
Hong Kong vs. Singapore vs. New York
So, measured by Purchasing Power Parity, it seems that it makes more financial sense to be a CFO in Hong Kong than in London (see table below). Never mind that the price of property in Hong Kong is atrociously high. Overall, taking into account food, utilities, education and other goods and services, London is apparently still a third more expensive than its former colony.
Click image to enlarge
The West Ain’t the Best

It also appears that CFO salaries in Hong Kong are higher than in Singapore on both nominal US dollars and Purchasing-Power Parity. (Note, however, that the 2013 Hays Salary Guide Asia, done by the executive recruitment firm Hays Recruiting Experts Worldwide, gives the advantage to Singapore rather than to Hong Kong. But the Hays and Robert Walters studies use different methodologies and sample sizes, so they are not really directly comparable.)
Comparing CFO salaries in Hong Kong, Singapore, Sydney, London, New York and Zurich, the PPP conversions suggest that:
Beijing vs. Jakarta vs. Kuala Lumpur
What about CFO salaries in the emerging markets of Asia? We converted the Robert Walters local-currency numbers for Beijing, Jakarta, Kuala Lumpur, Bangkok and Ho Chi Minh City into US dollars and then PPP dollars. (The Robert Walters survey does not cover India and the Philippines.)
In Purchasing-Power Parity terms, Beijing is far and away the best city to be a top-level CFO among the Asian emerging markets – you can earn US$390,000 a year there, which converts to PPP$663,000. That’s more than three times what you can get in Jakarta (see table below), the city where a top-level CFO is paid the least among the five being compared – and indeed is higher than a top CFO’s salary in Hong Kong.
Click image to enlarge
Hello, Uncle Ho

Interestingly, the World Bank PPP conversion factor is lower in China than in Indonesia (0.6 vs. 0.8), indicating that the price of goods and services is cheaper in China, at least in 2011 (inflation in both countries was tracked at 5.4% that year, according to the Asian Development Bank).
Comparing CFO salaries in Beijing, Jakarta, Kuala Lumpur, Bangkok and Ho Chi Minh City, the PPP conversions suggest that:
Beijing vs. Shanghai – and vs. London
The Robert Walters report also contains top-CFO salaries for the Chinese cities of Beijing, Shanghai, Nanjing and Suzhou (see table below). For comparison, we included Hong Kong, a special administrative region of China.
Click image to enlarge
Chinese Cities Compared

Here’s the deal. A top CFO in Beijing and Shanghai can earn more in Purchasing-Power Parity terms than his or her counterpart in Hong Kong (PPP$663,000 vs PPP$645,000) – or in London (PPP$615,000), Singapore (PPP$504,000), New York (PPP$475,000), Zurich (PPP$265,000) and Sydney (PPP$170,000).
You can say that a top-level CFO in Beijing and Shanghai is the world’s highest paid finance chief in PPP terms.
In US dollar terms, however, top CFOs in Beijing and Shanghai fall far behind their peers in London (US$398,000 vs. US$677,000), New York (US$475,000), Hong Kong (US$451,000), Zurich (US$424,000) and Sydney (US$255,000).
Comparing CFO salaries in Beijing, Shanghai, Nanjing, Suzhou and Hong Kong, the Robert Walters survey suggests that:
Quality of Life
What is all this in aid of? In today’s globalised world, a CFO may be posted almost everywhere. When looking at the monetary compensation, it is important to consider how much in goods and services your salary can buy you and your family in the city where you will live.
What looks attractive in home currency or US dollar terms may turn out to be not the case in Purchasing-Power Parity terms – London is a case in point.
Of course, salary is only one of many factors to consider. A top CFO may earn the most in Beijing in PPP terms. But is the money worth it in exchange for subjecting yourself and your family to bouts of smog, pollution and dreary skies?
Then there is the issue of taxes and social security contributions. Hong Kong and Singapore "have used low tax rates as part of broader strategies to create a business environment attractive to foreign investors," notes human resources consultancy ECA International in its new National Salary Comparison study.
"Many countries in Western Europe have traditionally had a different focus," ECA observes, "levying high tax and social security rates, particularly on wealthier individuals, in order to meet high social welfare costs." The maximum tax rate in Hong Kong, for example, is 15%; it is 51.5% in Denmark.
Finally, there is the left-over component of CFO salaries, the portion that is not consumed for living expenses, taxes, social security and other local spending.
"Typically, you consume, say, only 30% to 50% of your salary at the CFO level," says a Europe-based senior executive who coordinates operations in Latin America, Africa and the Middle East.
"The remaining portion is invested globally in equity, property and so on. For this portion, a dollar remains a dollar. If I earn [the equivalent of] US$300,000 in Bejing and have US$150,000 left over for investment, I will not be able to buy more shares on the global stock market with it just because I live in Beijing."
In this case, Purchasing-Power Parity has no effect. The key in global investing is the conversion to US dollars (and other global currencies like the euro). Provided that living expenses, taxes, social security contributions and other spending in London do not eat up most of the CFO's salary, it might make more sense for our hypothetical Hong Kong CFO to seriously consider moving to London.
About the Author