Cash, Inflation and the CFO's Challenge 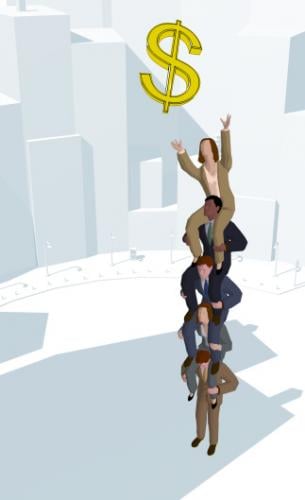 At more than 8,300 kilometres away, Queensland in Australia is more distant from Beijing than, say, the North Pole. But in the past few weeks, the Australian state has been front and centre in many Chinese business minds.

That’s because the floods that have turned Queensland into a disaster area are seriously disrupting the supply of coal to China – and about 70% of the country’s power plants run on the stuff. China depends on Australia for a significant portion of that supply, having become a net importer of coal in 2008.
The flooded farmlands of Queensland also produce wheat, sugar and cotton for export to Asia and the rest of the world. The destruction of these crops (serious flooding is also hitting Brazil, which is also major exporter of agricultural products) can cause shortages, at least in the short term – and further stoke inflation.
Before the disasters, the consensus forecast for China, as tracked by Consensus Economics, was 3% inflation in 2011. That may now spike on the back of the disasters in China’s supplier markets, and perhaps equal (or exceed) Goldman Sachs’s outlier forecast of 4.3% inflation this year.
Because of the Queensland floods, “you could have somewhat higher inflation [in Asia] than people are expecting,” says Rajiv Biswas, Asia-Pacific Chief Economist at IHS Global Insight. “Demand is also growing quite strongly and some economies are reaching their capacity limits, which will push up wage pressures.”
What all these mean, he adds, “is that pricing pressures might be higher into this year, and core inflation may start to reflect that. The risk is that we might have more tightening than we expect.”
Eroding Value
By now, the region’s CFOs should have factored in higher interest rates – and thus higher funding costs and debt payments – into their planning and forecasting. Afer all, China, Korea and Thailand, among others, started tightening last year and Australia even earlier, in 2009.
What may not have caught as much attention is how cash-rich companies will be affected by the primary cause of that tightening, which is inflation. If consumer prices are rising at a 5% clip annually, that means that the cash and cash-equivalents held by companies will be worth that much less. Over time, the value of the cash can erode as it sits idly on balance sheets.
And there’s a lot of that money lying around. Analysing the balance sheets of 120 non-financial corporates in Asia for which it had issued credit ratings, Moody’s Investors Service found last year that they held about US$230 billion in cash – up nearly 60% from the end of 2008.
In an inflationary environment, what should the likes of China Mobile (cash, cash equivalents, deposits, and short-term investments as of June 30 last year: US$46.8 billion), Samsung Electronics (US$18.4 billion) and Hutchison Whampoa (US$13 billion) do with their cash hoard?
What to Do?
One obvious course of action is to put the money to productive use through mergers and acquisitions. Last year, according to accounting firm PricewaterhouseCoopers, outbound M&A by China buyers grew more than 30%. “M&A deals in China reached record levels in 2010, both in terms of number of transactions and in value,” it reports.
Indeed, in the latest CFO Asia Business Outlook Survey for the first quarter of 2010, 31% of the finance executives we surveyed said they expect their company to engage in increased M&A activity in the next 12 months. In the previous survey for the fourth quarter of 2010, only 16% said their company will do more M&A.
That said, our survey also found that the majority of respondents (52%) also expect to see cash on the balance sheet increase in the next 12 months, apparently because the company did well in 2010 and is expected to do as well or better in 2011 (57% say they are very optimistic or more optimistic than the previous quarter about their company’s growth prospects).
There are other ways for CFOs to put idle cash to work, including share buybacks and special cash dividends. Or they may use internal cash to fund capital investment – 53% of our survey respondents say their company will increase such spending – and expansion into new consumer segments and/or geographical markets (which 69% say their company will do in the next 12 months).
Of course, the company can just take its lumps and let inflation erode away, on the theory that the risks of another global recession, financial collapse or credit crunch remain strong, and therefore hoarding cash and cash equivalents is still the better part of valour.
The CFO’s Challenge
But that’s an argument that’s going to be harder and harder for the CFO to make if Asia continues to grow even as inflation surges. The consensus of economists tracked by Consensus Economics is 2011 GDP growth of 4.1% for the world, with China forecast to expand 9.1% and India 8.5%. The consensus forecast for the U.S. is 2.4% (IHS Global Insight pegs it at 3.2%, higher than Goldman Sachs’s 2.7%), so Asia should get a boost from a mild recovery in American consumer demand.
“We expect emerging Asia to grow at about 7.1% in 2011,” says Biswas. “Given there was such a strong rebound in emerging Asia last year, when we saw 8.2% growth, to see in 2011 growth remaining pretty high over 7% is a very favourable story for the Asian economies. When we look into 2012, we also expect growth to remain quite strong in emerging Asia, at about 7.2%.”
It is clearly time for CFOs to start spending in a major way – but not to the extent of exhausting the entire cache. The findings of our latest Business Outlook survey may hint at how many of them intend to rise to the challenge. While the respondents say their company will increase capital spending, expansion in new markets and M&A, they also say their company will increase cash on the balance sheet. Translation: Spending will increase, but so will saving, and at a faster rate.
How exactly this can be done is the challenge facing the CFO.
About the Author
Cesar Bacani is Editor-in-Chief of CFO Innovation.
Read more on
M&A economic outlook cash and liquidity business outlook