Case Study: How to Create a 'Cost-Effective' Dashboard 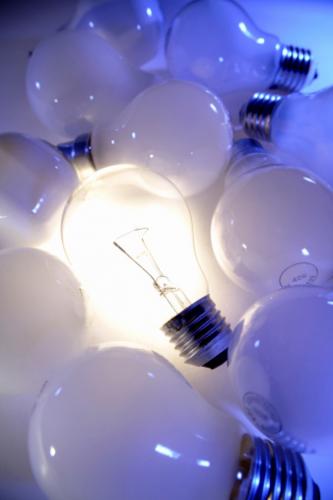 As global CFO of Aedas, one of the world’s largest architectural design groups, you’d think Hong Kong-based Vincent Liew will have a very hard time tracking the financial performance of the company’s 27 far-flung offices in Asia, the Middle East, Europe and the Americas.
It’s not exactly a piece of cake, as he readily admits, but the task is no longer extraordinarily difficult as it was in the past. “We can now track the company’s financial health in near real time,” says Liew, who joined Aedas in 2010 after stints with advertising giant WPP Group, Mercedes-Benz China, Deloitte, PwC and Ernst & Young.
The secret lies in what he calls the “Profit Funnel” graphical representation of the accounting profit or loss, billing profit or loss and cash profit or loss for each Aedas office and project, a system that he himself devised – and then married to dashboard management technology provided by Qlikview.
Connected to the accounting system, the web-based dashboard is accessed via a personal computer and iPad. It can extract data, run queries, generate graphs and charts, and perform business analytics.
What is remarkable is that the dashboard management system is "relatively cost effective," says Liew – he declines to reveal the cost of the dashboard, which is a module in the Qlikview business intelligence software – yet allows finance to take pre-emptive action earlier rather than later.
Standardising Systems
This was not always possible at Aedas, a 2,000-strong network of architects, master planners, urban designers and other creative minds with global net revenues of US$200 million in 2011. The company is known for projects such as the STAR Performing Arts Centre in Singapore and the soon-to-rise Express Rail Link West Kowloon Terminus in Hong Kong, but its finance function had not been as elegant.
When he became CFO three years ago, Liew recounts, he inherited a finance team whose members often left the office at 11 pm. Turnover was high as finance grappled with the complications presented by global offices on different ERP systems, charts of accounts, reporting templates and even basic terminologies.
“It took about a year to standardise the systems,” he recalls. “It included change management, due to the inherent history.” Fortunately, before Liew arrived, Aedas had already decided to implement a new ERP system, Microsoft Dynamics AX. “I just had to get it done,” he says.
Meanwhile, even as the ERP system was being implemented, Liew tackled the issue of communicating financial results to architects, designers and other non-accountants. Because Aedas is an architectural firm, he thought a graphical representation of financial metrics would be better appreciated by company executives, in addition to the traditional columns of figures and written analysis.
Profit Funnels
In his mind, Liew envisioned the metrics as a series of funnel shapes, with the ideal shape a symmetrical funnel wide at the top and tapering down to the bottom (see illustration below).
The Benchmark: Healthy Profit Funnel

Source: Aedas
“I Googled for ‘profit funnel’ but could not find any such concept,” Liew recalls. He found instead a graphical representation of a related concept, the sales funnel, which tapers down from traffic to leads to pitches to sales.
In Liew’s version, the area shaded blue inside the profit funnel represents operating expenses for each project, office or subsidiary. The flesh-coloured area is the profit, which ideally should always exceed opex.
The top of the three-part funnel tracks accounting revenue (any unbilled accrued accounting revenue is treated as work-in-progress). The middle part is billing revenue, referring to the amount to be physically raised from invoices sent to the client. The bottom part is typically the narrowest, as it represents the actual cash received after invoicing.
Early Warning Signals
Any deviation from the benchmark’s funnel shape would be cause for worry – and pre-emptive action. The worst case is something that Liew has not yet seen and hopes he will never see, which is the absence of revenue, even as operating expenses continue (see illustration below):
Click image to enlarge
Intensive Care

Source: Aedas
More typical would be a funnel shape that indicates a cash collection problem. “There are many projects and invoices have been sent,” explains Liew. “However, those invoices are not being paid.” (See illustration below)
Click image to enlarge
Need to Crack the Whip

Source: Aedas
Liew also graphically illustrated four situations he describes as indicative of the “fuel tank drying up,” which again calls for pre-emptive action by finance and the rest of the business (see illustration below):
Click image to enlarge
Danger Ahead

Source: Aedas
Dashboard Management
The profit funnels proved very helpful as part of an early warning system. “When your collection is really tight compared to your operational expenses, finance will know within the month or within two months, and we can make an informed decision much earlier,” says Liew.
Others outside finance, including business unit heads, also felt the urgency of early action because of the accessibility and immediacy of the graphic images.  Everyone moved to the same page, especially after the board circulated a short article Liew wrote that explained the concept and accounting terms. “Today, everyone knows what is meant when we talk about accounting profit or cash profit,” says the CFO.
The next step was to implement the profit funnel on a software platform. Aedas had chosen Qlikview for its business intelligence system, and dashboard management is part of that solution. It took six months to customize and implement the dashboard, which came online in 2012.
“The dashboard sits on top of the ERP system, which covers daily invoices, claims, everything,” explains Liew. The dashboard automatically extracts the relevant information from the ERP system and displays what the most up-to-date profit funnel looks like for an individual project, a business unit and other levels of the organisation.
The profit funnel is actually just one of many key performance indicators (KPIs) that are shown in real time on the dashboard. The information includes salary analysis, order book, cash & billing, resource management, portfolio management and P&L versus budget review – spanning the operational, analytical and strategic.
The numbers are presented graphically, as shown by the executive summary (using sample data, not real information) below:
Click image to enlarge
Dashboard screen using sample data

Source: Aedas
The basic requirement of a dashboard is to have a top-level page, typically in the form of an executive summary, that gives a bird’s eye view to the CEO and the board on how the company is doing year-to-date. “But you also need to know what’s behind that,” says Liew. “The best dashboard allows you to zoom in and out, and is drillable.”
The Aedas dashboard allows top management and the board chairman to see the executive summary, which helps them set strategy, and also drill down to the regional and country level, if they so choose. Regional and country managing directors have access to the latest data about their own region (by district, group and discipline) or country, and how they are doing with their KPIs compared with the target.
Lessons Learned
What advice does Liew have to other CFOs who are looking to implement a dashboard? The Aedas CFO ticks off several points:
Traffic lights: KPI vs. benchmark

Source: Aedas
About the Author