Can Your Bank Withstand the Coming Tsunami? 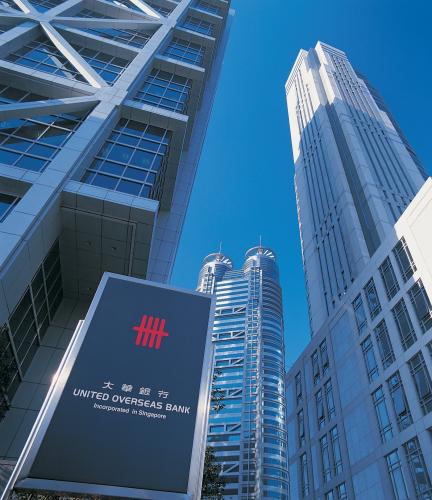 External borrowings
The funding stress now facing European banks caused us to examine how vulnerable Asian banks would be to a prolonged period of difficult global funding.
Our RBS Asian Rates and FX team points out that Asia ex-Japan (including banks and non-bank corporates) has short-term borrowing of US$1.9 trillion, up 27% from US$1.5 trillion before the Lehman Crisis in 2008.
We compared the level of banks’ external borrowing by country, and found that Korean banks still borrow the most externally, although the absolute amount of their borrowing fell 10% from US$192 billion as of December 2007 to US$174 billion as of December 2010.
Click image to enlarge

Of their total external borrowing, US$101 billion was short term, down from US$134 billion three years earlier, while their long-term borrowing increased to US$72 billion. The total external borrowing of Korean banks accounted for 60% of the country’s foreign exchange reserves. Foreign borrowing by the non-bank corporate sector is rather limited.
Among other Asian banking industries, Taiwanese banks appear to have a high level of foreign borrowing and most of this is short term. Also, external borrowing of Malaysian banks rose from US$19.3 billion as of December 2007 to US$35.5 billion as of December 2010.
Most of Malaysian banks’ external borrowing was short term, accounting for 30% of the country’s foreign reserves. Thai banks increased their borrowing to US$23.2 billion in March 2011, although from a relatively low base.
Domestic deposits
Most Asian banks rely primarily on domestic deposits for funding, which makes them not very vulnerable to a disruption of the global funding market.
Hong Kong, China (where there is a required reserve ratio in place of 21.5% for big banks) and India (where the Reserve Bank of India requires banks to put up 25% of their deposits in government securities and 5% in cash) are the three banking sectors with the lowest overall loan-to-deposit (LTD) ratio in Asia.
Click image to enlarge

However, the Hong Kong dollar funding of Hong Kong banks has recently become tighter given rapid loan growth and strong deposit growth of renminbi accounts.
Banks in Taiwan, Indonesia, Singapore and Malaysia keep their LTD ratio at a healthy level of around 80%.
On the other hand, Korean banks have a high loan-to-deposit ratio of 113%, although this is down significantly from the 140% before the Lehman Crisis.
Thai banks have the highest LTD ratio of 127%, but we think this is misleading because Thai banks tend to offer CDs to their depositors in order to avoid an insurance charge. Thus, unlike Korean banks, their reliance on foreign funding is rather limited.
Korea most vulnerable
Among Asian banks, Korean banks appear to be the most vulnerable to funding stress based on their external debt levels and loan-to-deposit ratios.
One point worth mentioning is that Korean banks, together with Korean banking regulators, have done a great deal to improve the banks’ liquidity and to address asset quality issues, even at the expense of lower loan growth and earnings growth since the Lehman crisis. The banks have reduced their short-term FX funding and also expanded their foreign commitment lines.
Korean banks are much better prepared for a sudden disruption of the global funding market than they were three years ago.
However, the reliance of Korean banks on external borrowing is still high compared to their Asian peers. Their borrowing from European banks (not including UK banks) came down from a peak of US$97.8 billion three years ago to US$67.1 billion, but this still accounts for 38% of their total external borrowing.
But if the funding market does not improve in the next six months, Korean banks appear vulnerable to increased pressure on their foreign funding. Korean banks and financial companies have US$2.2 billion of USD-denominated bonds maturing between September to December this year and another US$8.3 billion in 2012.
Refinancing will become a daunting challenge next year if the global financial market does not return to normal.
Stay defensive
RBS Asia credit team recommends a defensive strategy given the lack of a clear solution to the European debt crisis, fading Asian growth, and risk aversion on the part of global investors. We remain underweight on the Asian financial sector.
Indian banks are facing decelerating loan growth, margin pressure from higher deposit costs, and potentially rising non-performing loans. Meanwhile, if the global funding market remains volatile, Korean banks will start feeling the heat of refinancing.
We recommend that investors stick with relatively safe sectors in this environment, such as the senior bonds of Japanese, Singaporean, Malaysian and Thai banks.
About the Author
This article is excerpted from “Asian Banks: How vulnerable to external funding stress", a report by Royal Bank of Scotland and affiliated companies that was published on 03 October 2011, and re-edited for clarity and conciseness. This material has been prepared for information purposes only and is not an offer to buy or sell or a solicitation of an offer to buy or sell any security or instrument or to participate in any particular trading strategy.
Read more on
banking