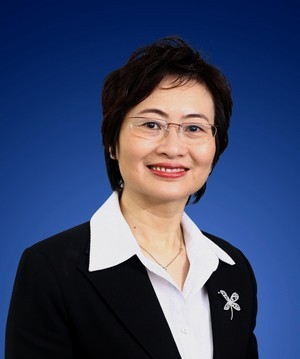 As Managing Director of forensic and investigation services, I have seen many accounting investigations end up in expensive – and lengthy – litigation in Hong Kong and elsewhere.

Practice Direction 31 on Mediation issued by the Hong Kong High Court is therefore a welcome development. Since it became effective on 1 January 2010, there has been a growing number of disputes resolved by mediation in the special administrative region, instead of going through costly court proceedings.
The Hong Kong International Arbitration Centre (HKIAC) reports an impressive 90% settlement rate as of last December. The majority of cases involved Hong Kong parties, but a number of cases also originated from outside the territory.
The new Arbitration Ordinance (Cap. 341) was passed by the Legislative Council last November, which is expected to come into force in the middle of this year, moves things further.
Rise in Disputes
It has been two years since the bankruptcy of Lehman Brothers pushed global financial markets to the brink of disaster. Some markets are now beginning to take a more positive outlook. Still, 2010 saw a noticeable increase in the number of commercial disputes in Hong Kong. This is likely to have caught the eye of legal practitioners and regulators, but it has also expedited the development of mediation in Hong Kong.
With mainland Chinese parties involved in an increasing number of international disputes, plus cross-border business transactions between Taiwan, Hong Kong and the Mainland continuing to grow, Hong Kong is well placed to fill the role of a neutral party to deal with commercial disputes.
As an alternative dispute resolution (ADR) mechanism, mediation is increasingly becoming the accepted alternative to courtroom litigation. The voluntary process introduces an impartial party to assist in reaching a settlement acceptable to all. Compared to litigation, it’s a route that offers greater flexibility in terms of settlement. It is often seen as more practical – and it saves time and money.
The announcement of Practice Direction 31 to promote mediation may have give rise to concern among lawyers about the impact on their practice. But the judiciary is clearly in full support of mediation. Mr. Justice Lam of the Court of First Instance of the High Court has been quoted as saying that Hong Kong has developed a new dispute resolution culture. Mediation, he said, is viewed as a platform for litigants to develop a new mindset and to focus their attention on solving disputes using ADR.
Arbitration Hub
The relative success so far of mediation in Hong Kong and the continued economic growth in and around China raise the question: Is Hong Kong the place for international businesses to come and conduct arbitration?
Secretary for Justice Mr. Wong Yan Lung thinks so. He says Hong Kong’s highly qualified arbitration professionals (the HKIAC was established 25 years ago), mature and trusted legal system based on common law, and openness to professionals worldwide all point to a ‘yes.’
His belief is strengthened by the fact that Hong Kong arbitral awards are enforceable in more than 130 contracting states linked to the 1958 New York Convention. They are also enforceable in China by virtue of a separate arrangement signed by Hong Kong’s Justice Department and the Supreme People’s Court in 1999, which facilitates reciprocal enforcement of arbitral awards.
As the only common law jurisdiction in the People’s Republic of China to enjoy a high degree of judicial independence, Hong Kong has retained its competitiveness amongst neighboring countries. It could also be said that CEPA (Closer Economic Partnership Arrangement) between China and Hong Kong has played a role in nurturing the city’s relationship with the mainland.
CEPA may be helping position Hong Kong as a venue for settling commercial disputes involving international parties. The HKIAC handled 746 dispute cases in 2009, most of them international in nature, making Hong Kong No. 2 in Asia in terms of caseload.
In addition to the new Arbitration Ordinance, Hong Kong also plans to establish the Investor Education Council under the watchful eye of the Securities and Futures Commission and the Financial Dispute Resolution Centre (FDRC). This is a further indicator that Hong Kong is prepared to pro-actively seek out resolution methods for all manner of disputes.
Conclusion
Hong Kong’s mediation growth charts a positive course for the future. It offers businesses from Greater China and beyond, a fair, trusted and internationally supported arena, in which to secure enforceable resolutions to commercial disputes.
Indeed the Hong Kong Government is making a strong case for greater transparency in the financial world and is setting international examples.
Civil Justice Reform in Hong Kong has spurred the growth in mediation, but it is Hong Kong’s own reputation for fairness, its quality legal system and its diligence in seeking out resolutions across the board, that can take mediation in Hong Kong to the next level.
About the Author
Annie W H Chan is Managing Director, Forensic & Investigation Services, Mazars CPA Limited. She has an L.L.M. from the University of London and is a member of the Institute of Chartered Accountants of England & Wales and the Association of Certified Fraud Examiners, USA. She is also a member of INSOL International and a panel member of the Financial Reporting Review Council. Annie has specialised in corporate recovery and forensic accounting for over 20 years.