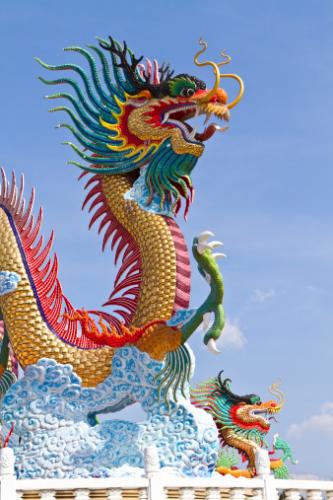 Sources: CEIC, RBS
Drivers of a tepid recovery
The uptick in growth in the third quarter reflects both better exports and solid domestic demand, although the easing of growth in September indicates that the recovery is tepid.
After reaching a trough in June, growth in industrial production rose substantially in July and August, when it was 10.4% year-on-year, but eased again slightly to 10.2% in September. Growth of most headline demand indicators also eased in September, with the exception of housing starts.
A recovery in exports amidst gradually improving global demand was key behind the stronger third-quarter growth. Exports picked up speed in July and August. They weakened in September, although in our view the underlying picture was not as bad as the headline data suggests.
In the third quarter as a whole, actual exports increased 8% year-on-year in real terms, in our estimates, up from 2.5% in the second quarter (see table below).
Key components of growth

Sources: CEIC, RBS
Investment growth also picked up. Nominal growth of fixed asset investment – the upwardly biased indicator that we look at to assess changes in momentum over time – rose from 19.7% year-on-year in the second quarter to 20.3% in the third quarter. Infrastructure investment has benefited from the accelerated construction in transportation and, notably, water and environmental utilities.
Manufacturing fixed asset investment picked up speed in August and maintained that momentum in September.
Real estate investment decelerated recently. After a pronounced spurt, housing starts came down since August, following, with a lag, a similar evolution in housing sales, although sales edged up again in September, seasonally adjusted (see chart below).
Real estate construction remains strong

Sources: CEIC, RBS
Meanwhile, consumption growth has remained solid, supported by steady household income growth on a resilient labor market. We estimate, based on the household survey data, that real nationwide consumption growth increased from 7.7% year-on-year in the second quarter to 9% in the third quarter.
Retail sales – the imperfect but high frequency indicator on consumption– expanded 11.2% year-on-year in September in real terms, less than in July and August.
The robust overall domestic demand trends were reflected in healthy growth of imports used in China's own economy. While processing imports remained weak alongside processing exports, we estimate that normal imports grew 12.9% in real terms in the third quarter.
The outlook
With the upturn overall being tepid and industrial production growth easing in September, what can we expect in the coming quarters?
We expect global demand momentum to pick up as the economic upturn in the US and Europe takes hold and see this as key to China’s growth outlook. Faster world trade growth should support China’s growth directly via stronger exports and indirectly by improving sentiment and profitability in industry.
Better sentiment and profits should improve the willingness to invest, even though the economic recovery in the developed countries is less import-intensive this time around and China's effective exchange rate has appreciated substantially in the last 12 months.
A constructive global economic outlook

Sources: RBS, IMF (October 2013 World Economic Outlook)
Against this more constructive global backdrop, and with domestic demand momentum remaining solid, we expect GDP growth to be above the government’s ‘bottom line’ in 2014, thus alleviating pressures to stimulate the economy.
Throughout the recent slowdown, the weakness in exports and industry was cushioned by continued robust growth in the service sector, especially the domestic and consumer oriented service sector. This driver is continuing to function.
We project quarter-on-quarter GDP growth in the fourth quarter (seasonally adjusted annual rate) to moderate somewhat after the strong 9.3% growth in the third quarter. In year-on-year terms, this means 7.7% GDP growth in the fourth quarter.
In terms of whole-year numbers, we project around 7.7% GDP growth in 2013 and 8.2% in 2014.
China’s economic outlook in numbers

Sources: CEIC, RBS
Watch monetary and other policies
Domestically, monetary policy is key to the cycle. In recent months, with growth worries receding and in line with the statements of senior policymakers including Prime Minister Li Keqiang, we have expected the government to continue to hold on to the somewhat firmer overall monetary stance in place since mid-year, especially with regard to non-bank financing, while keeping normal bank lending at a solid pace.
In our view, with core bank lending more important for growth than non-bank financing, such a stance would limit the negative impact on economic growth of containing the expansion of overall financial aggregates.
But recent monetary data raises questions about the actual monetary stance. After declining substantially in June and July, monthly total social financing (TSF), the gauge of total financial activity by PBoC, the central bank, was surprising strong in August and, to a lesser extent, September.
A PBoC statement this week mentioned the influence of capital inflows due to the delay in the tapering of quantitative easing in the US, delay, implying that the PBOC ended up not sterilizing a substantial portion of the hefty foreign exchange intervention in September.
At 27% of GDP in September, the three-month-moving-average of the monthly total social financing is much lower than what it was in the first five months of 2013. But it still suggests a substantial rise in the overall credit-to-GDP ratio (see chart below).
The monetary stance

Sources: CEIC, RBS
Nonetheless, with growth higher than the government’s bottom line in our scenario, we still expect a relatively firm monetary stance in the coming quarters, while acknowledging the possibility that it will not materialize in a convincing manner. We may have to wait for the financial aggregate data for the coming months to provide more clarity.
What about the property market? Probably depending on overall economic developments, the specific policy stance vis-a-vis the property sector may be tightened in response to the now again solid rise in housing prices.
Would the mitigation of pressures to support growth in the short term be helpful for focus on the reform agenda? Expectations for economic reform are high among some ahead of the Chinese Communist Party’s plenum in November.
We think the high expectations of many will be disappointed. But this does not have to be a big deal, as China will continue to grow and develop in the coming years – although we see real, medium-term risks stemming the reform agenda and the political economy dynamics.
About the Author