Building a Framework for Carbon Trading 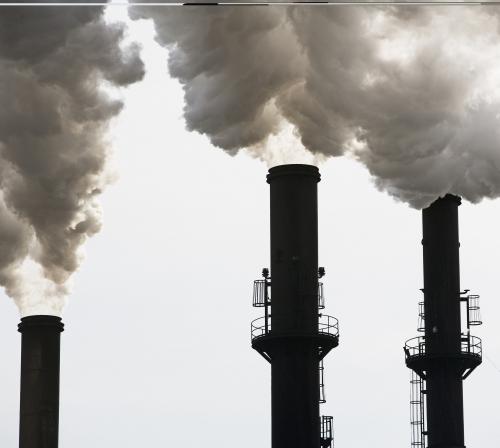 The global carbon market is predicted to grow to €2 trillion by 2020. Yet although carbon emissions are a global issue, the trading frameworks being developed for carbon are national or regional in focus, responding to domestic or regional regulatory environments.

Some aspects of the trading framework have nevertheless been agreed internationally. The Clean Development Mechanism (CDM), for example, allows industrialised countries to invest in projects that reduce emissions in developing countries as an alternative to domestic emission reduction measures.
“If you look at the way the CDM has evolved in Europe and how the US market will be shaped, I think they’ll be independent though there is a strong underlying desire to link them,” says Ken Lopian, managing director, APX, an infrastructure provider to environmental and energy markets in renewable energy and greenhouse gases, including carbon commodities.
Beyond the regulatory impetus, the operational shape of the carbon trading market will be the result of conscious decision-making by participants rather than an evolutionary process. “I think this the only commodity that is politically created,” says Jørund Buen, senior adviser, Point Carbon, a provider of independent news, analysis and consulting services for European and global power, gas and carbon markets.
“Politicians were responding to scientists saying this was a problem. It was not something that developed bottom up.”
Useful templates?
Are there market models that carbon trading has chosen to emulate? “Yes and no,” says Buen. “The European emissions trading scheme, which has played a very important demand side role so far, is undoubtedly inspired by the existing US trading schemes for sulphur dioxide and nitrogen oxide. Also, carbon is generally traded by the ton of CO2 equivalent emissions. But you have several different jurisdictions trading their own units with specific regulatory features.”
Title passes across country registries. An international transaction log is established under the Kyoto Protocol, but this does not cover transactions in countries like the US that are not Kyoto signatories, nor does it cover most transactions for voluntary compliance. “To say that this is a global standardised commoditised market would be completely wrong,” he insists.
Buen nevertheless supports further convergence. “The problem is global and the solutions will be global,” he says.” It makes no difference whether you are emitting from Bangladesh, Beirut or Berlin.”
“As infrastructure is developed, I do think people will borrow ideas from the securities world,” says Lopian. Securities, for example, have identifiers such as CUSIP and ISIN numbers, providing machine-readable information on the nature of the instrument and the issuer. “In the carbon space at the moment, that doesn’t exist,” says Lopian.
His company, APX, has created a process to standardise and identify environmental projects globally, regardless of registry. “APX will assign a Universal Project Number (UPN) to the corresponding project which will be linked to the environmental instruments produced by the project,” he explains.
APX expects to have UPNs and corresponding environmental instrument numbers (EINs) for CDM projects, multiple Voluntary Carbon Market registries and other environmental registries available by fall 2009. It is currently in discussions to have these identifiers accepted as part of the SWIFT messaging process.
Project-based carbon offset credits and emission allowances will likely be fungible between US and international schemes at some level, with certain rules, limits and restrictions, Lopian predicts. “In order for cross-market trading to come to fruition, a safe, secure, liquid, and reliable international trading infrastructure is required, supported by unique global project and instrument identification registry system supporting both the compliance and voluntary markets,” he says.
At a legislative level, meanwhile, Buen does see encouraging signs. “If one looks at the legislation being developed in the US on carbon trading, the most striking thing is how similar it is to European efforts,” he observes. “If this continues through to implementation, harmonisation between the two large demand centres will be enormously helpful.”
Neverthless, suggests Lopian, a great deal of regional and country-level complexity will remain for years to come across the EU, emerging US, and developing world programmes. “The role of market infrastructure and standards will be to facilitate and manage these differences with highest integrity, and facilitate both intra-market and cross-market trading where allowed by regulation.”
This article was first published in the preview edition of Sibos Issues, the official daily newspaper of Sibos (SWIFT International Banking Operations Seminar) 2009 in Hong Kong September 14-18. Sibos Issues is written and produced by Information Partners on behalf of SWIFT.
Read more on
ESG reporting